Many fans of the British game cricket reside in England, but this bull proved he definitely isn’t one of them!

When the Mossley Cricket Club was playing a match against the Kerridge Cricket Club on June 24 in Cheshire, they had an unexpected visitor. The young bull, who is believed to have run away from his owner, made it clear that although the field didn’t belong to him, he wasn’t at all pleased with their presence on it.

The players were in the middle of their second innings when the angry bovine showed up. 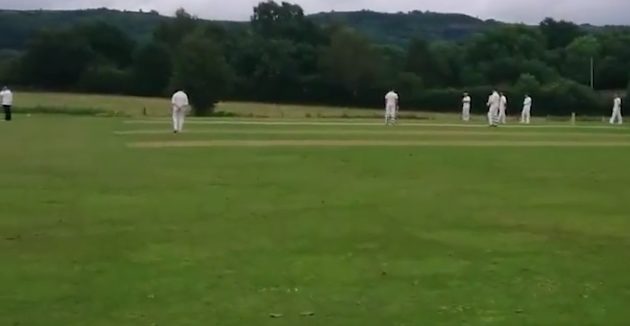 When they turned around and saw him charging at them, well, needless to say they got freaked out. 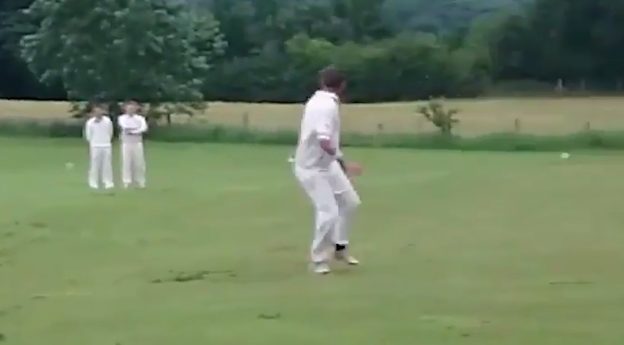 Watch as the bull breaks up the game and sends the players scrambling below. Cricket definitely isn’t his cup of tea!

Well, that’s one way to make a game more interesting. Share if you’re not a fan of cricket either.