This Baby Jaguar Was Paralyzed And Left To Die, But You Have To See Her Now

Last October, locals walking through a forest in Ecuador came across a collapsed baby jaguar who was in such bad shape that she could barely move, let alone walk.

Despite being able to slightly move her head and neck, the 11-month-old cub, who was later named D’Yaria, was paralyzed throughout the rest of her body. That’s because she was shot multiple times, and there’s no doubt that on her own, she wouldn’t have survived. But thanks to the kind people who found her and a dedicated team of vets, her recovery has been incredible.

Instead of leaving her to die, the locals placed her in the bed of their pickup truck and drove five hours to an animal hospital at the Universidad San Francisco de Quito. 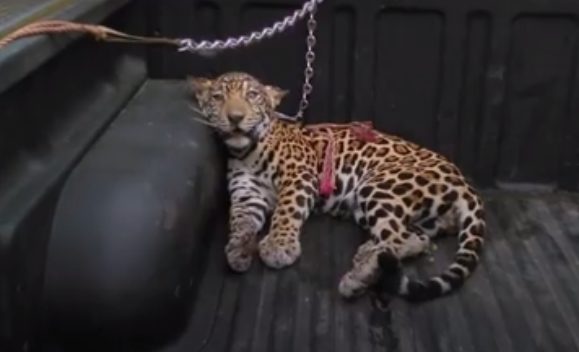 When they arrived, a team of vets led by Dr. Andres Ortega and Dr. Cris Cely, who works with Darwin Animal Doctors, found and successfully removed 18 shotgun pellets from the cub’s body. 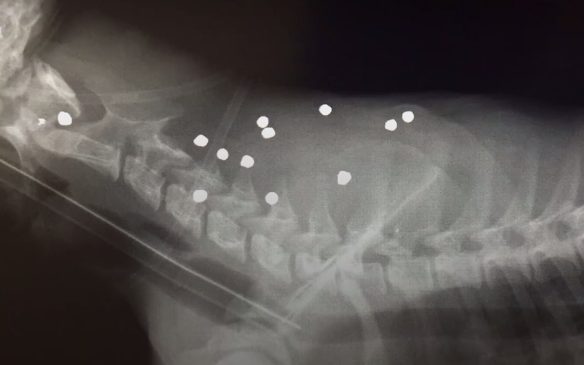 Cely believes that D’Yaria was shot by cattle farmers, and that they likely killed her mother. “This is an area where people have cattle, and jaguars are known for going into farms and killing cattle, so what the locals do is just kill the jaguars to preserve the cattle,” Cely told The Dodo. “It’s very sad.” 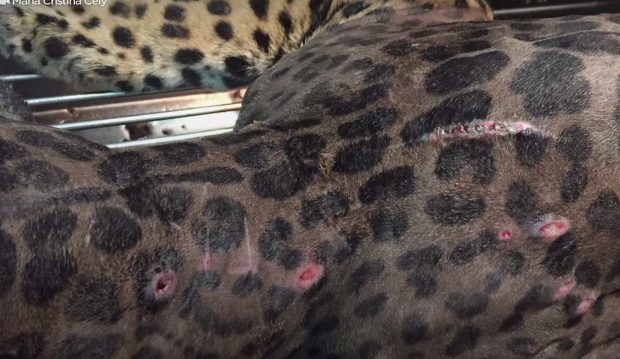 But fortunately for this cutie, she couldn’t have fallen into better hands. 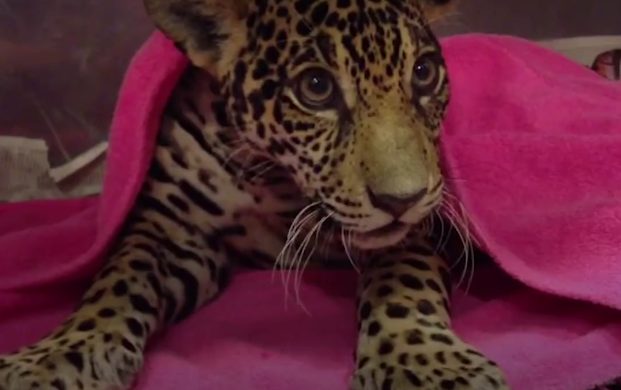 Check out D’Yaria’s amazing recovery in the video below. She’s come so far!

If you’d like to help the organization purchase D’Yaria’s tracking collar for when they release her, you can donate here, and be sure to share her story if you think the people who saved her are heroes!