Someone Said Something Awful About Her Little Son. Mom’s Response Was Amazing!

There’s something about waiting in line at the store that makes a person’s true colors come out.

You can blame it on someone’s lack of patience, but on multiple occasions, I’ve heard everyday people build up the courage to say absolutely awful things about fellow customers and even employees. And while most people can easily brush off the verbal assaults without a care in the world, the same can not be said when a patron’s ignorance involves children.

Rather than handling one woman’s disturbing opinions toward her child with anger and aggression, Dallas Lynn saw the opportunity to use her interaction as teaching moment.

Lynn and her two-year-old son, Jameus, were waiting in line at their local Walmart when a mother-son hug revealed two stomas hidden underneath the boy’s shirt. 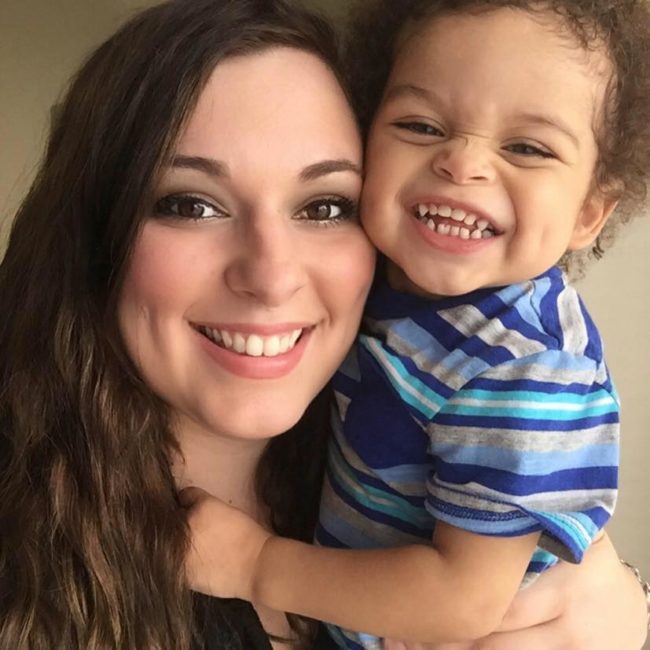 On the outside, Jameus looks like any ordinary toddler, but underneath his clothes, you can see a better picture of the struggle the young boy has endured while dealing with Hirschsprung’s disease. 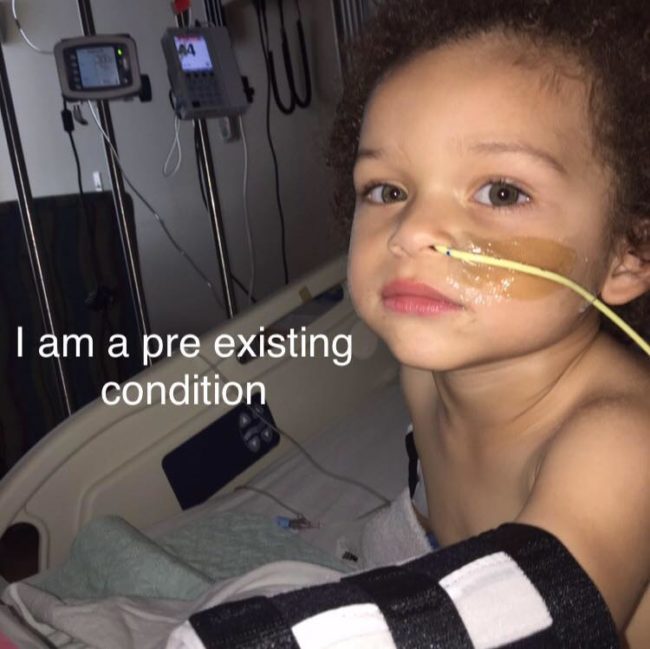 At just two weeks old, the brave little guy’s colon ruptured, leaving him with no other option for survival than to live the rest of his life using stomas and colostomy bags. 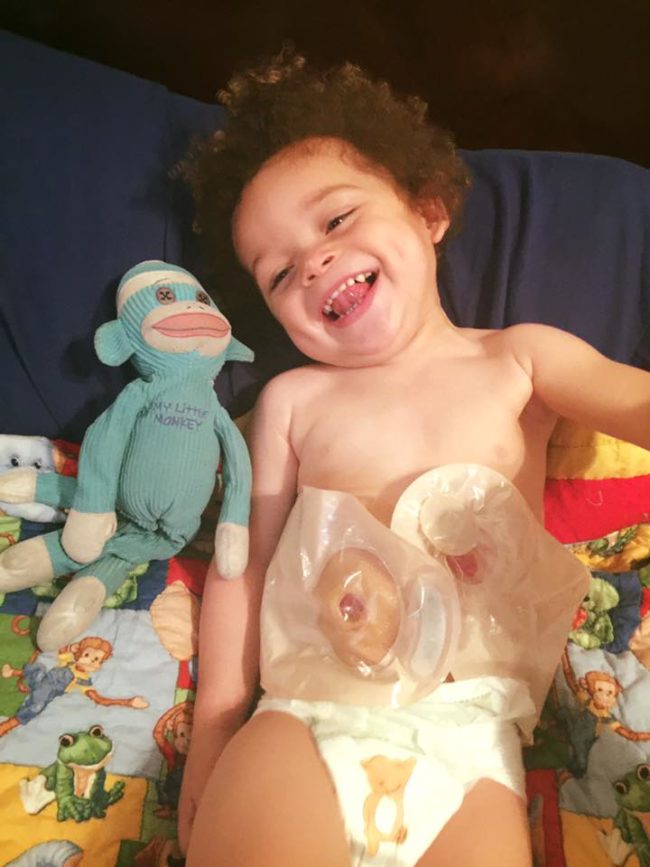 While waiting to check out, an older woman took notice of the stomas and bluntly asked Lynn “why in the world would you let someone do that to him?” 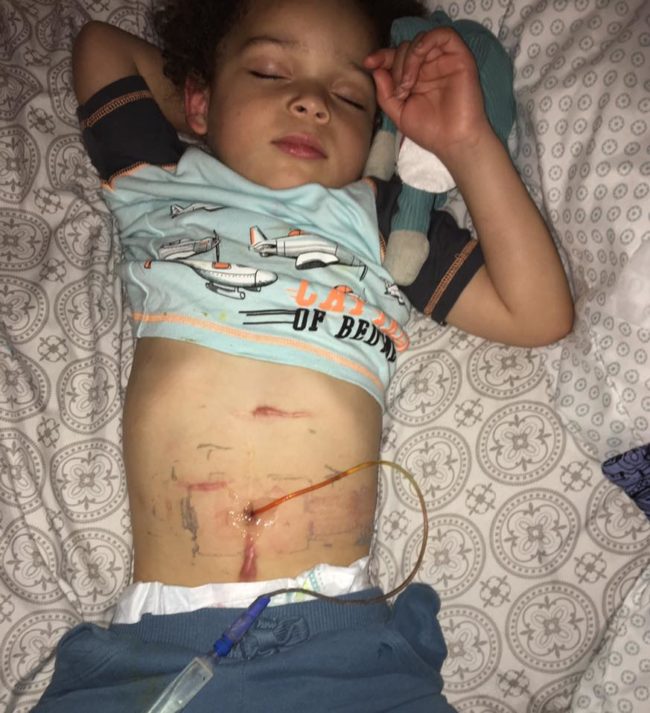 After giving a short explanation that Jameus needed the stomas to survive, Lynn was caught off guard when the woman called the entire story “repulsive.” 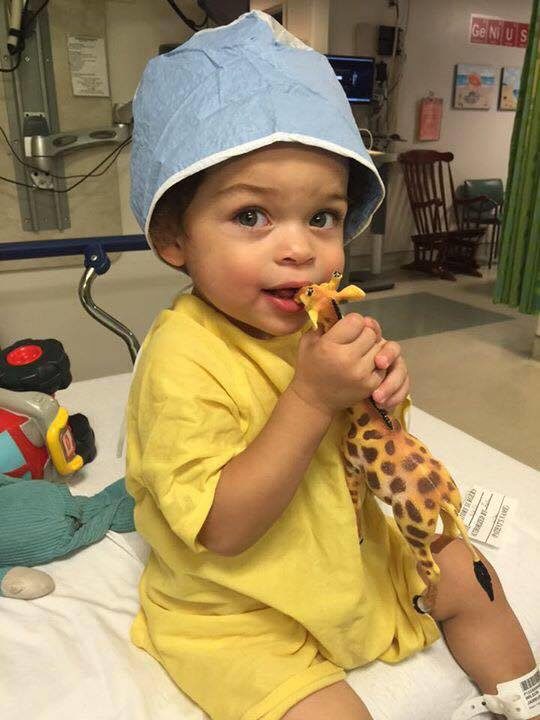 Rather than getting defensive, Lynn instead chose to kill the woman’s remarks with kindness before leaving the store. 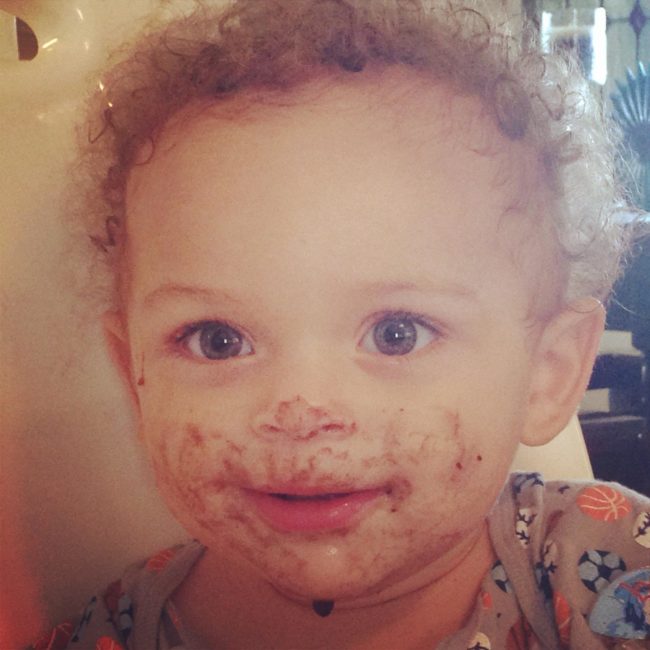 Afterward, she recounted the entire ordeal and gave an in-depth lesson on Hirschsprung’s disease as well as body image and general kindness. You can read her post below.

“Tonight, we were in Walmart standing in a long line waiting to check out. My sweet 2-year-old wanted me to hold him. As I picked him up out of the cart, his shirt came up exposing his two stomas and bags on his stomach. Typically, I have a onesie underneath his shirt but tonight I just got him dressed quickly to run to the store. The onesie helps to keep his bags in one place and makes it harder for him to tug and pull them off.

There was an older woman in line behind me who caught a glimpse and shrieked a little before she said to me “why in the world would you let someone do that to him?”

I turned around speechless and just looked at her before she continued and asked why he had them. I gave her the short version and basically said “his colon didn’t finish forming so he needed them.” I left out that he had a rare disease called Hirschsprung’s disease because I was a little annoyed from her first statement. She then goes, “Well I am sorry, but I just think that is so ‘repulsing’. Can you please keep his shirt down?” At this point I just wanted to shake this woman and scream “what is wrong with you?!” But instead, I told her to have a good night and went to another line.

So now I’m sharing this picture because there is nothing repulsive about my son. Stomas and ostomies seem to be a taboo, when in reality, over 500,000 Americans have one. My son’s disease may be rare, but his stomas are not.

So here’s a little education for anyone who doesn’t know about stomas and ostomies. An stoma is a surgically created opening that allows body to expel waste. Both of my son’s are from his colon, but stomas can be from your ileum (small intestine) or bladder. Was this the first choice of a life I would have chosen for my son? Absolutely not. But this was his only shot at life. When he was 2 weeks old, his colon ruptured. It left him with a life-threatening infection that nearly killed him. His stoma saved his life. There is a very good chance he will have these for the rest of his life and if he does, it will be my job to teach him a positive body image. (As it’s all parents’ jobs to do that.) It will be my job to teach him to love himself and his bags. Had he been a couple years older and been able to understand the ignorance the lady was spewing in line behind us, how much of a negative impact do you think that would have had on him?

See what that woman doesn’t understand is when my son is healthy, he is no different than any other 2-year-old. He runs, plays, swims and goes to daycare. When he’s healthy, you wouldn’t be able to look at him and know he’s had over 20 surgeries and procedures. You wouldn’t know that he’s got more ahead in his future. You wouldn’t know he gets painful home dilation and irrigation treatments twice a day every day. You wouldn’t know that every day a catheter is put into his stoma to “feed” it stool twice a day in the hopes of growing his colon. He’s my heart. He is so funny and full of personality. He is sweet and loving and kind but also a little ball of fire.

Please be kind and choose your words wisely, especially should you choose to comment about something that is none of your business. Everyone is fighting a battle you know nothing about, and my son is winning his.”

Kudos to this mom for keeping her cool when a total stranger felt the need to put down her child. Share her message of kindness and resilience if you think Jameus is lucky to have such an awesome mother!