School is a place where parents send their children to not only receive a decent education, but where they can expect that their children are going to be safe.

Unfortunately for one mom and her seven-year-old son, two teachers decided that he was undeserving of that safety and instead threw him around like a rag doll. Corbin Kemle isn’t like most kids his age. He’s on the autism spectrum and sometimes has trouble communicating with other people. So when the boy refused to come back inside from recess, two teachers took it upon themselves to drag him in…literally.

Surveillance footage from security cameras captured the teachers carrying Corbin by his hands and feet. 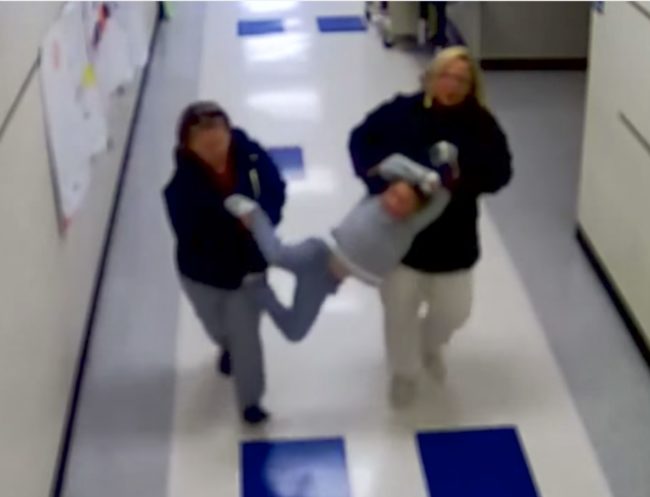 And if that wasn’t enough, another camera caught one of the teachers dragging the child by his foot with his head against the hard floor. 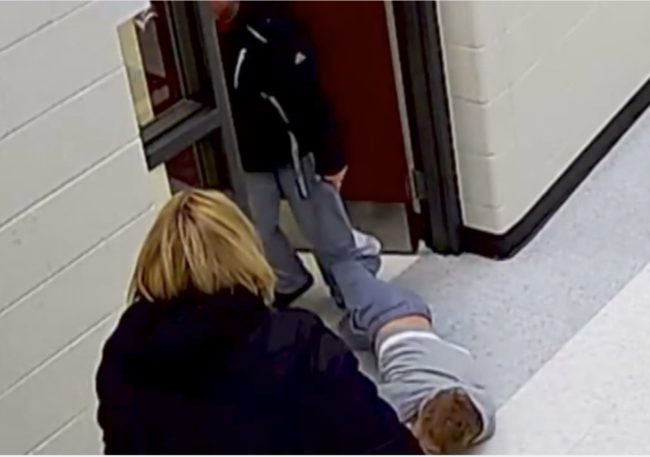 Administrators informed Corbin’s mom that he had been having a meltdown and that he began kicking and biting the teachers, forcing them to take such extreme measures. 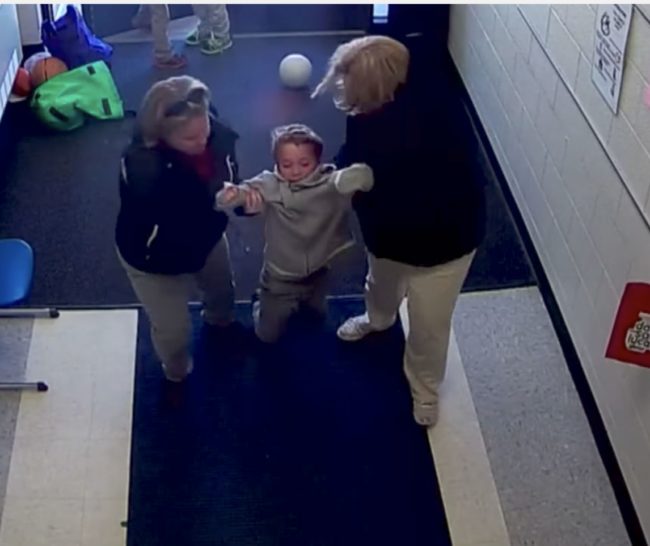 When Corbin’s mom arrived at the school, her son was visibly shaken up by the events that had unfolded. Learn more about this startling incident below.

Despite the obvious abuse of power, neither teacher is being pursued on felony charges. They have, however, been suspended from work with paid administrative leave.