We hear all too often about twisted individuals hurting vulnerable animals they come across, which is what makes this kid such a sweetheart.

Last year, Redditor bluecollarclassicist noticed a deer wandering around on his street. The poor thing was blind and didn’t have the easiest time fending for herself. That’s why a 10-year-old in the neighborhood decided he’d take it upon himself to help her out.

Every day before he left for school, the boy would guide the deer to different patches of grass to make sure she’d have something to eat. 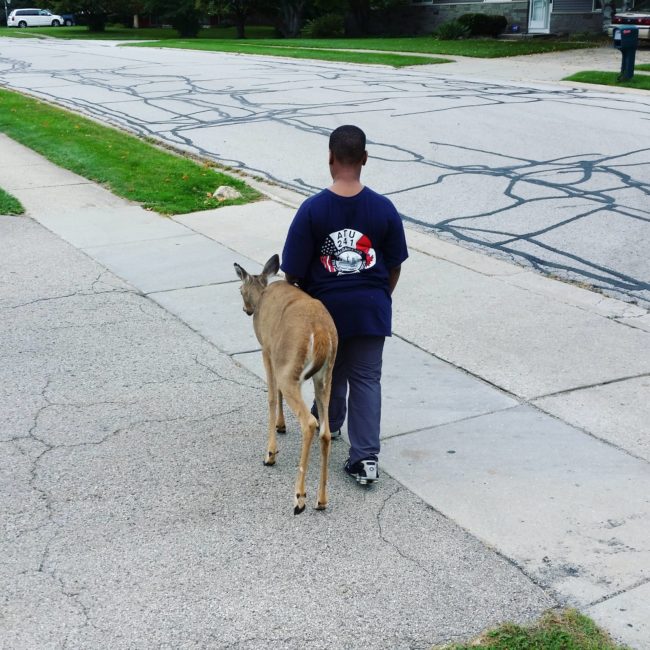 The kid eventually had to say goodbye when neighbors called a local wildlife rescue group to take her to a forest preserve, but I’m sure he’ll never forget his friend. Share this story if you think we could all learn a lesson from him about being more compassionate toward animals.