When This Boy Applied To Be A Guardian Of The Galaxy, NASA Had The Cutest Response

Most of us had a moment of astronaut aspiration when we were kids.

But for nine-year-old Jack Davis, he thought his dreams of traveling to the moon was about to become a reality after NASA posted a job opening for a “Planetary Protection Officer.” While thousands of applicants likely sent in their resumes to join the NASA team, none of them were quite as entertaining as Jack’s.

In a letter to NASA, Jack lists his credentials for the position which include being an alien and having watched nearly every space and alien film. Sounds promising to me! 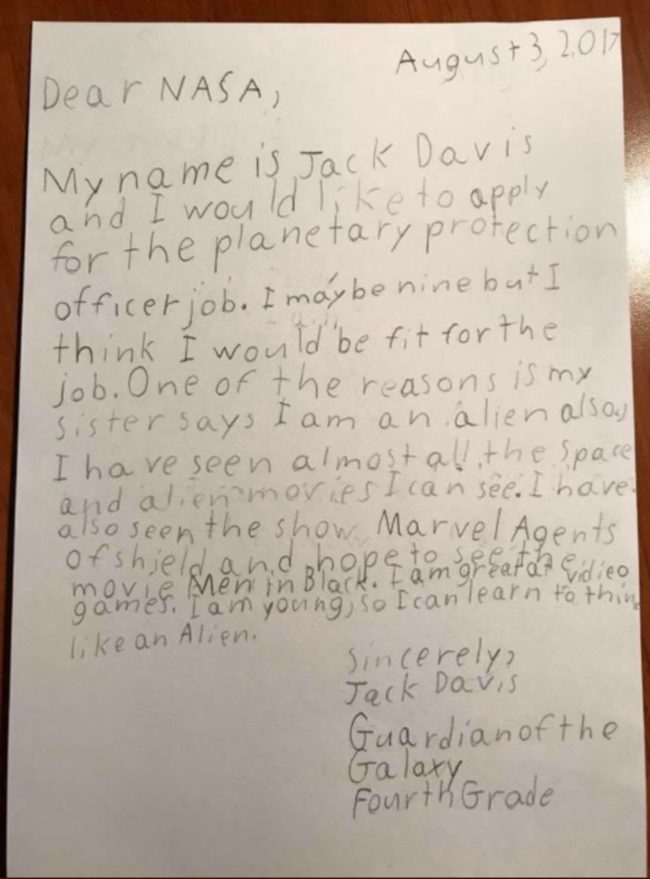 You can read a transcript of Jack’s letter to NASA below:

My name is Jack Davis and I would like to apply for the planetary protection officer job. I may be nine but I think I would be fit fort the job. One of the reasons is my sister says I am an alien. Also I have seen almost all the space and alien movies I can see. I have also seen the show Marvel’s Agents of Shield and hope to see the movie Men in Black. I am great at video games. I am young so I can learn to think like an alien.

Guardian of the Galaxy 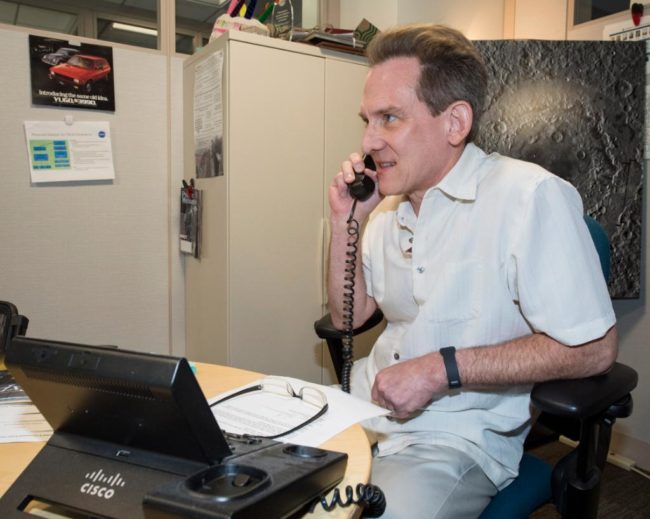 In hopes of encouraging Jack to keep working toward his space goals, Dr. Green wrote back to the ambitious kiddo. 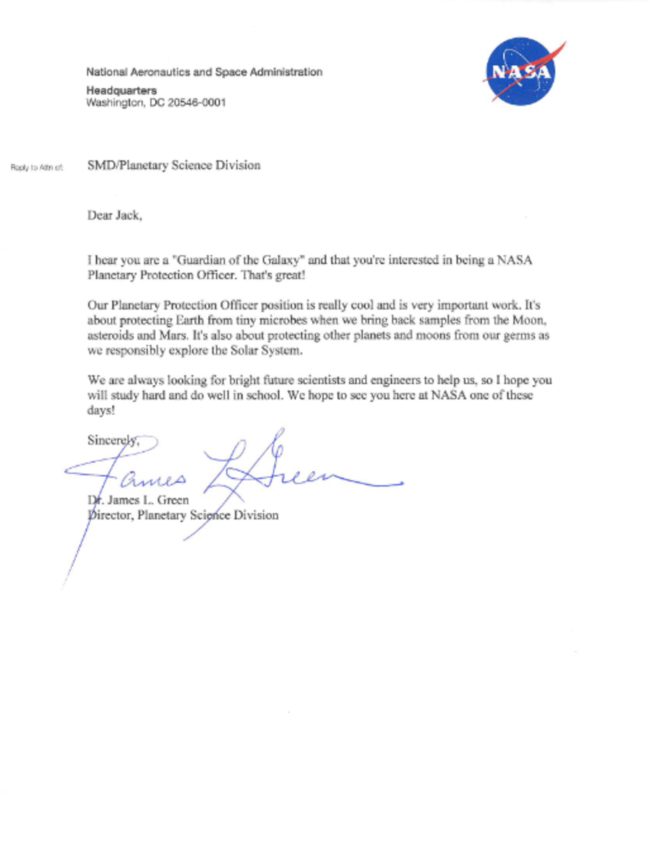 Here’s what he had to say about this aspiring Guardian of the Galaxy:

I hear you are a “Guardian of the Galaxy” and that you’re interested in being a NASA Planetary Protection Officer. That’s great!

Our Planetary Protection Officer position is really cool and is very important work. It’s about protecting Earth from tiny microbes when we bring samples from the Moon, asteroids, and Mars. It’s also about protecting other planets and moons from our germs as we responsibly explore the Solar System.

We are always looking for bright future scientists and engineers to help us, so I hope you will study hard and do well in school. We hope to see you here at NASA one of these days!

My mother always told me that if you dream it, you can achieve it, so there’s absolutely no doubt in my mind that this kid will continue his quest to one day work for NASA. You can do it, Jack!