When eight baby hedgehogs were left orphaned after their mother was tragically hit by a lawn mower, their caretakers worried they wouldn’t make it.

Even though people at the Sadgorod Zoo in Vladivostok, Russia, took the babies in and did their best to bottle and syringe feed them, the little hedgehogs were still refusing to eat on their own after two days. That’s when Alyona Asnovina, the deputy director of the zoo, came up with an brilliant idea.

“I saw our cat Musya in the yard. I quickly grabbed her and put her by the baby hedgehogs,” she said. 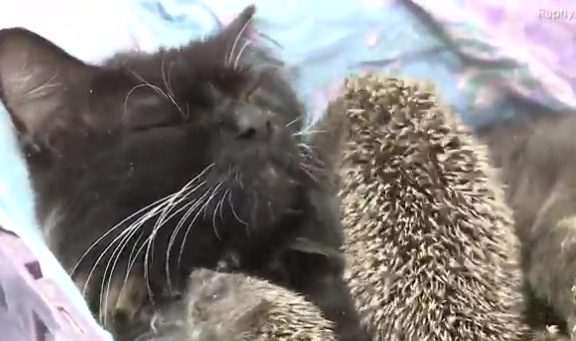 “Literally, after a couple of seconds they approached the cat, they understood at once what to do, having felt her warmth and the smell of milk.” 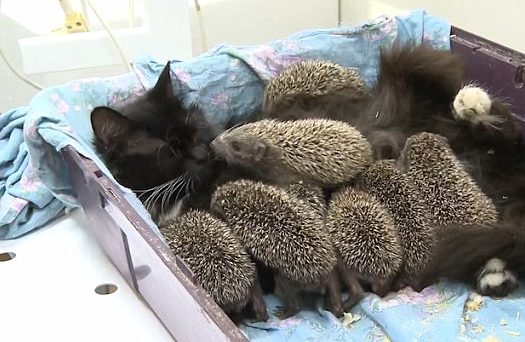 “Surprisingly, the cat also understood instantly what was expected of her. She lay down and fortunately, the hedgehogs began to nurse,” Asnovina added. 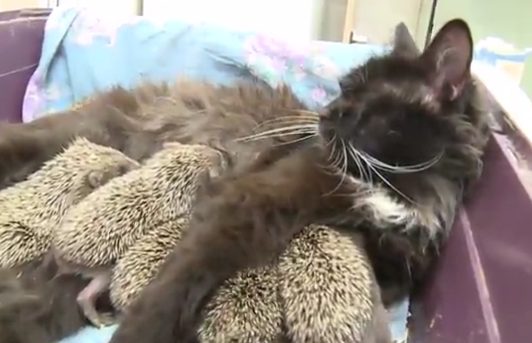 Watch as the sweet surrogate mom nurses the baby hedgehogs below. She’s such a good kitty.

It always amazes me how mother animals are so willing to care for babies of other species. Thanks to Musya’s help, these spiny little guys now have a second chance at life!