Lightning Just Struck A Plane In Florida, But That’s Not Even The Worst Part

When severe weather warnings are issued, most airlines delay their flights until the weather clears up.Unfortunately a weather delay wasn’t enough to protect a young grounds worker from being severely injured.

During a particularly wicked thunderstorm, a large bolt of lightning was caught on surveillance cameras striking a large airplane at the Southwest Florida International Airport. While several bolts came close to striking the tarmac and surrounding area, all it took was one strike on the rear side of the plane to put 21-year-old Austin Dunn in harm’s way.

Dunn was one of three grounds workers on the tarmac during the severe storm.

Once the bolt of lightening struck the rear of the plane, it sent a shock through the aircraft, electrocuting Dunn in the process. 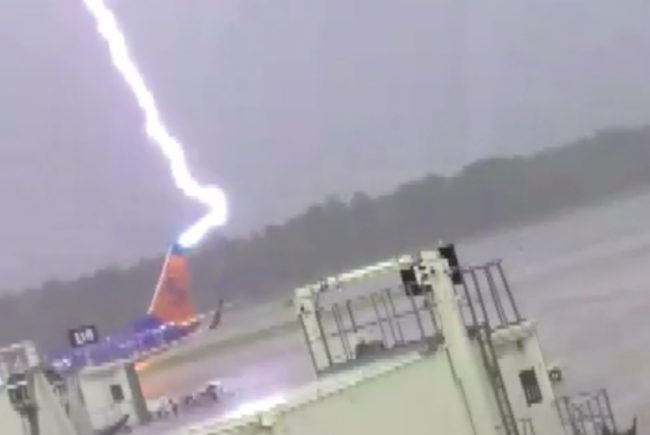 After the incident, his coworkers scrambled to get him to safety.

Dunn suffered third-degree burns all over his body and spent nearly two weeks in the hospital recovering from his injuries. Fortunately, he’s been released from the hospital in the days since the story broke.