In the early 1900s, a man named John B. Watson wanted to find out if he could make children afraid of things that normally don’t scare them by creating the fear himself.

In his work as a psychologist, he had noticed while observing children that they tended to have a fearful response to loud noises, which he believed was an innate unconditioned response, or a reaction that occurs naturally without any type of conditioning.He thought that he could use loud noises to make children get scared upon seeing furry animals and objects in the same way that Ivan Pavlov conditioned dogs to drool at the sound of a metronome.

Along with his graduate student, Rosalie Rayner, Watson chose a nine-month-old boy known as “Little Albert” or “Albert B.” from a hospital and began the experiment at Johns Hopkins University. 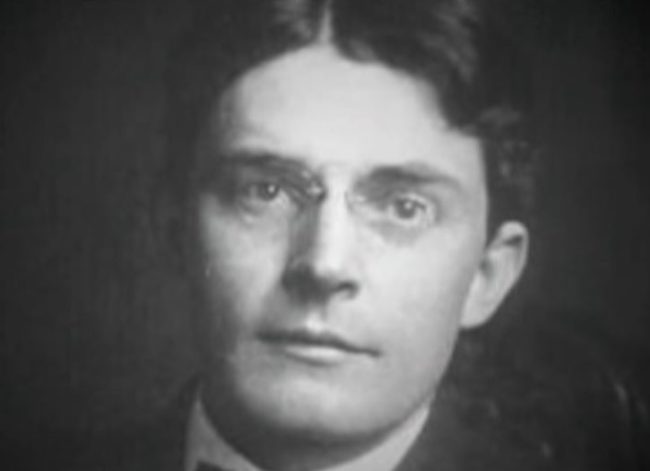 They introduced Albert to a few different animals at first, including a dog, a rabbit, a monkey, a rat, and various furry objects like cotton, wool, and masks with and without hair. 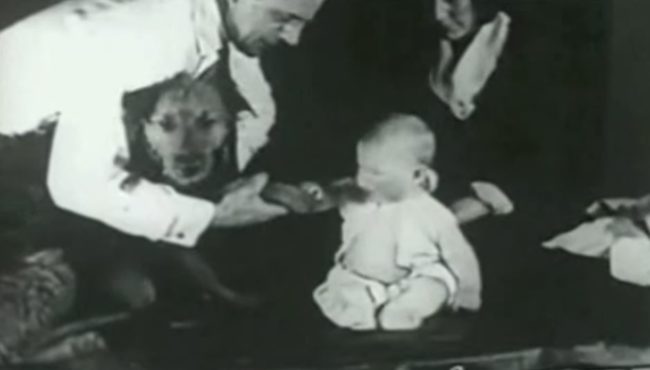 He didn’t show any fear when exposed to the objects or animals — in fact, he seemed to like the rat. 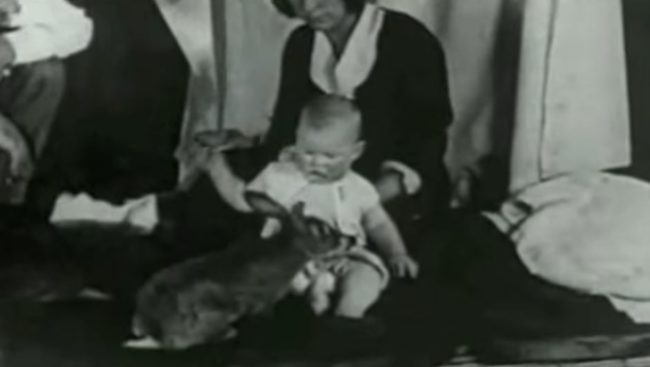 They allowed Albert to play with the rat in the next phase, but hit a suspended steel bar with a hammer every time he touched the rodent, which scared him and made him cry.After a few repetitions of this, he began associating the noise with the rat and getting upset whenever he saw it. 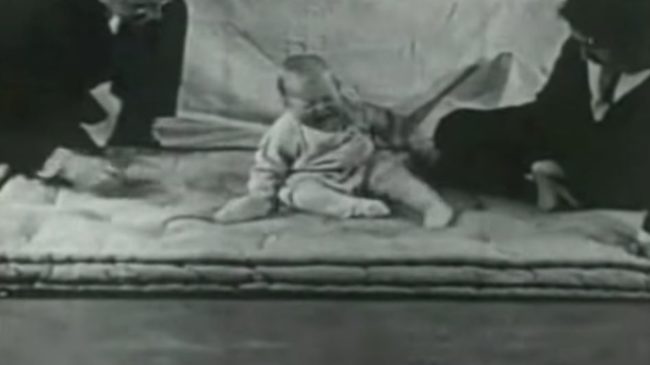 This conditioned response carried over to his interactions with the other animals and objects, including this seal-skin coat. 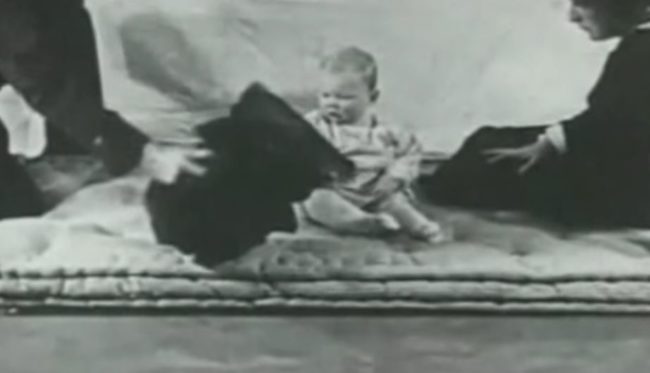 He even became terrified of a Santa Claus mask with white cotton balls in the beard. 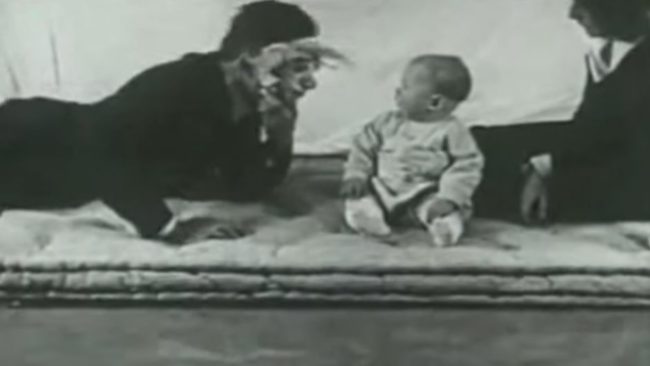 Though the experiment inflicted severe stress and psychological damage on Albert, Watson did nothing to reverse it once it was over.Albert reportedly left the hospital shortly after.

The results were published in the 1920 issue of the Journal Of Experimental Psychology, but nobody knows what exactly came of the little boy because his true identity was kept a secret.Psychologists have argued that he could have been Douglas Merritte, a six-year-old boy who died from hydrocephalus in 1925, or William Albert Barger, a man with a strong dislike of dogs who died at 87 in 2007.However, there’s no proof that either was Albert.One things for sure, though — such an experiment would never be allowed today.

If you think this sounds bad, wait until you see the psychologist in action. Go to the next page for the chilling footage.

To learn more about this controversial study, check out the video below.

Read More: If You Use These Makeup Brands, Prepare To Be So Disgusted

While I’m all for testing out hypotheses in the name of science, there’s no way I could stand behind purposefully terrifying children. Share if you’re disgusted that people could be so cruel to a baby.