Are Good-Looking People Treated Better? These Stories Are Pretty Convincing.

Back in middle and high school, we all learned the not-so-fun lesson that people considered more attractive than others are usually more popular and well-liked.

As much as we don’t want to admit it, we see this all the time even now that we’re adults, especially in television, movies, and advertising. It also happens in normal, everyday interactions as well. Of course, not everyone gives good-looking people better treatment, but it can’t be denied that many do, whether they’re aware of it or not.

In fact, according to commenters on this Reddit post, “beautiful” people are much more socially accepted for their behaviors than their less-attractive counterparts. If you aren’t convinced, just read their answers to the question, “What is socially accepted when you are beautiful but not when you are ugly?”

I believe all of these. 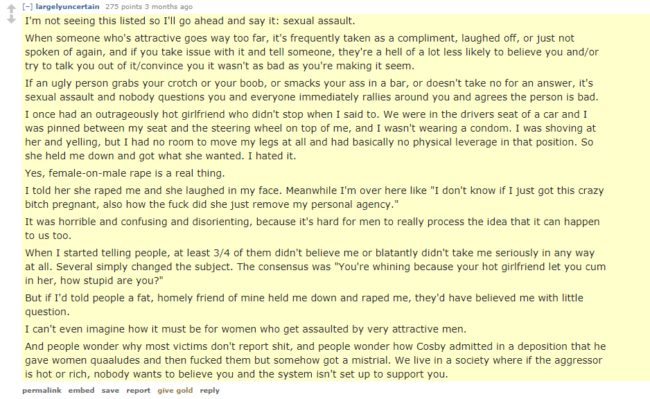 Do you think attractive people get away with more than their less beautiful counterparts? Let us know in the comments.