You Never Lie About A Death, Especially Your Child’s…Unless You’re This Mother

In recent years, fundraising websites such as Fundly and GoFundMe have helped countless people achieve their fundraising goals in hopes of making life a little easier for themselves or someone else.

But while these websites were originally created to help others cope with unexpected financial struggles, some people have taken advantage of people’s generosity and have created campaigns to help fund everything from car repairs to exotic vacations.

So it comes as no surprise that someone would find a way to game the system to support their own spending habits, but one Nevada mother pushed the limit when she lied about her son’s death in order toreceive donations from friends and strangers.

Victoria Morrison was arrested by the Carson City Police Department after it was discovered that she had lied about her son’s death in order to collect money from total strangers online. 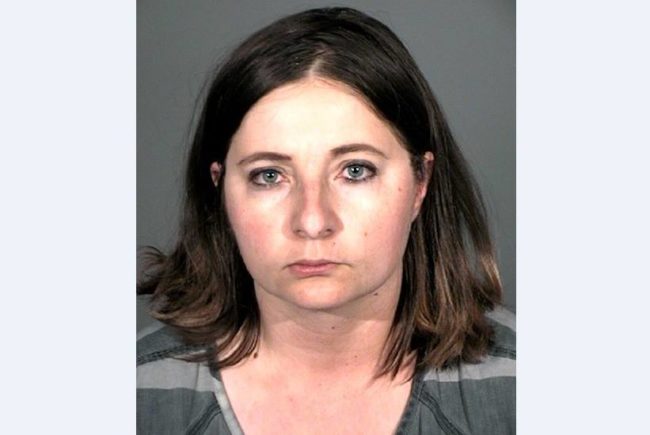 Morrison created a GoFundMe page to help pay for the funeral expenses for her “recently deceased” son. The only wrinkle in Morrison’s plan? A suspicious witness contacted her spouse and confirmed that their son was very much alive.

Police deputies conducted a routine welfare check at the couple’s home and made contact with Morrison’s child. This was after the woman continued to lie about his condition, despite any documents or death records on file. Obviously, people online were not pleased.

When confronted about her crimes, the mom continued to deny any wrongdoing and began to blame a close friend for creating the fundraising page and scamming hundreds of people out of money, gift cards, and other services.

Read More: Cops Walked In And Saw A Chain On The Door. What Was Behind It Was Devastating.

Following his mother’s arrest, the child was taken into custody of the Nevada Division of Child and Family Services. Be sure to share this unbelievable story with the charitable people in your life to remind them to verify everything before shelling out cash!