As Far As Unique Engagements Go, This One May Be The Cutest (And Nerdiest) Ever

If you’re a nerd or hang around people who play video games at all, you may have heard of Super Mario Maker.

If you haven’t, it’s a side-scrolling platform video game and game creation system from Nintendo that came out in 2015. Players are able to create and play their own custom courses, based on Super Mario Bros., Super Mario Bros. 3, Super Mario World, and New Super Mario Bros. U, and share them online. Over time, new editing tools are unlocked, allowing players to download and play courses designed by other players.

It’s an awesome way for people who feel connected to the Super Mario franchise to participate and create the levels they always wish they had been able to play. As it turns out, though, there are also other uses for the game’s level-creating software, and one man decided to use it to make a huge romantic gesture.

Shane Birkinbine created a level on Super Mario Maker and told his girlfriend he wanted her to play it. It starts out simply enough, but as it gets more difficult, he starts offering advice on how she can get around the piranha plants and other obstacles. 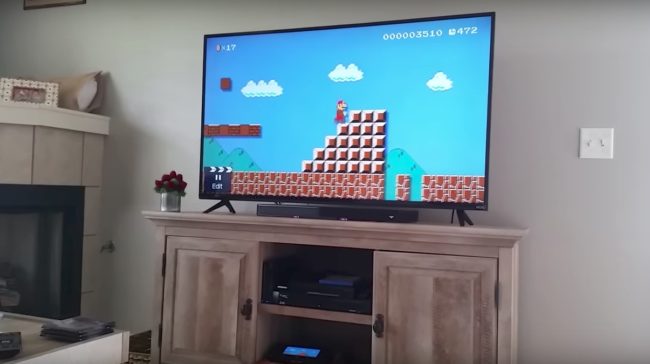 She’s chugging along in the game, but then he points out that the letters in the sky spell “Pam.” She laughs and giggles, asking him what he’s done. By the time she gets to “Will,” it’s pretty clear what’s happening, but she’s still in disbelief.

Aghast, she keeps saying, “Babe,” moved by the lengths he’s gone to to carry out their nerdy proposal. 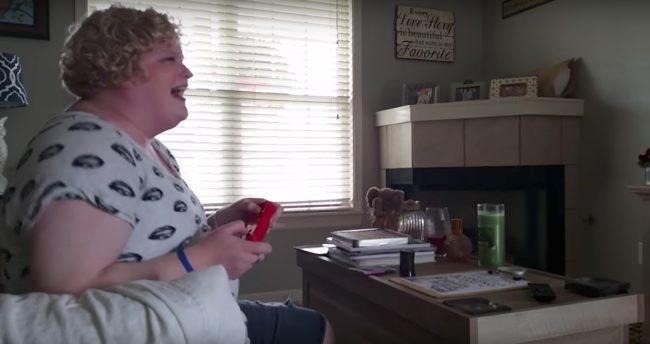 By the time she gets to “Marry,” Pam says, “Yes! Of course!” She’s probably itching to celebrate, but first she’s got to finish the level. 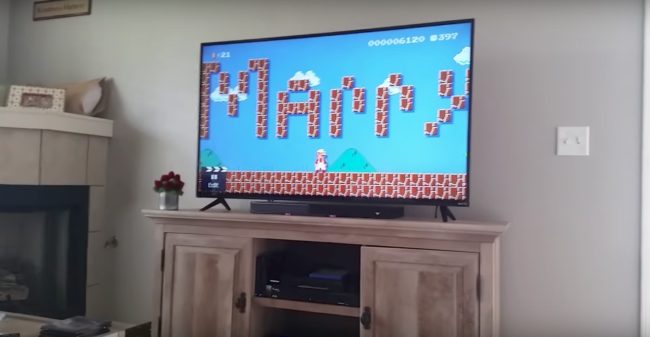 Watch the whole adorable proposal below. And if you own this game, you can even play the level Birkinbine created with code 7A61-0000-0245-8DE8.

No matter what your interests are, finding someone who shares them and can share your life is precious. He found such a unique and special way to celebrate their love, and that’s something to be happy about. Congratulations Shane and Pam!