He Was Walking Near A Mineshaft When He Heard Barking. Then He Saw A Dog.

Old and abandoned mines pose a seriously dangerous risk to anyone who doesn’t keep a safe distance.

One wrong step can send a person or animal plummeting down into empty shafts, trapping and most likely injuring them as well. That’s why officials work to seal up hazardous mines, but unfortunately for one stranded pup, one mine shaft in Colorado was still open when she wandered too close.

A couple of weeks ago, Preston Gladd was hiking near Beaver Creek in Park County when he heard growling or whining coming from the small entrance of an old mine. He didn’t investigate, assuming they were the sounds of a wild animal. But those noises stuck with him for the following week, so he decided to return to the spot on October 18, where he heard barking and realized there was a dog trapped inside.

Gladd rushed home and asked his girlfriend, Portia Scovern, and his climbing buddy, Gannon, to help him free the scared, malnourished pup. 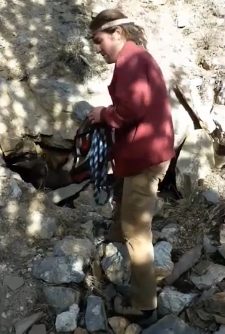 The dog, whose name they later learned was Cheyenne, is believed to have been stuck in there for a little over a week. 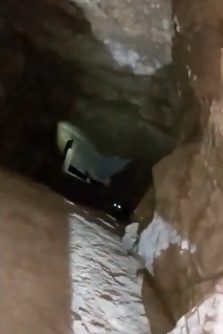 Using their climbing equipment, they rappelled about 20 feet down into the shaft, where Cheyenne was waiting, tail wagging. Miraculously, she didn’t seem to have any injuries. She was more hungry and thirsty than anything. 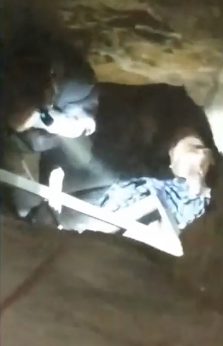 Watch as the group saves Cheyenne and gets her out to safety.

When the group took her to the vet, they learned that she hadn’t been microchipped. There weren’t any tags on her collar either, so Scovern made a public post on her Facebook page, hoping to get in touch with the owners. 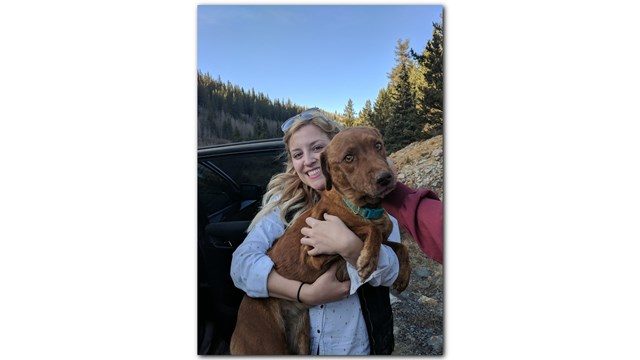 Thankfully, her post was redirected to a group where Cheyenne’s photo had already been posted! Scovern able to get in touch with the owner less than a day later. In the meantime, she got a bath, food, and plenty of water. 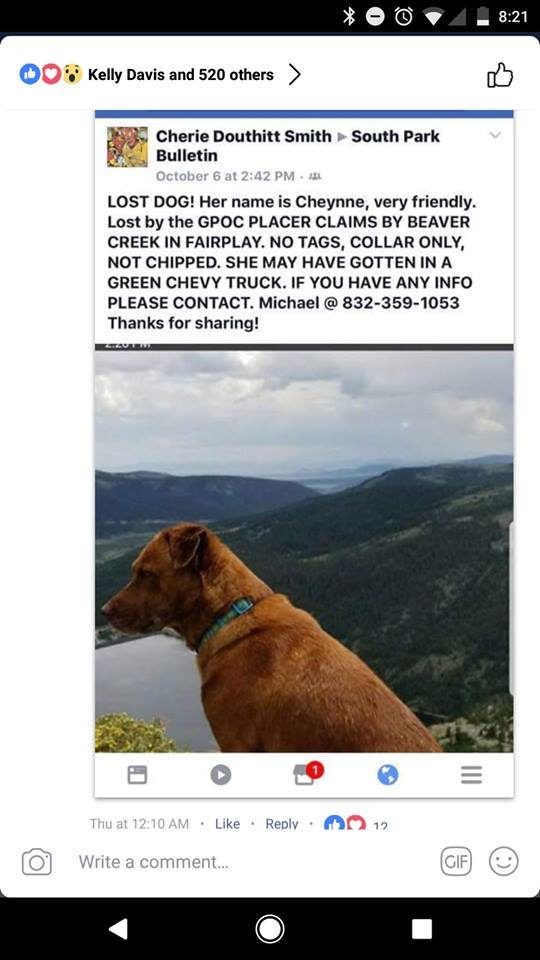 (via NBC 9 News and Daily Mail)

While it’s great these friends were able to rescue Cheyenne on their own, it’s never a good idea to explore abandoned mine shafts. The best thing you can do if you find a person or animal stranded is to call first responders.