Everyone’s Saying These Look Like Adidas Shoes, But They’re From Another Millenium

In April 2016, the mummified body of a woman was found in Mongolia’s Altai mountains.

Experts from the Center of Cultural Heritage in Mongolia believe that she died up to 1,100 years ago between the ages of 30 and 40, which is why the current condition of her body and possessions is so amazing.Buried with her were a number of items, including a handbag, changes of clothes, a comb, a mirror, vases, a sewing kit, a knife, a ram’s skull, and even the remains of a horse and its saddle.

What really caused a stir, however, were the red striped boots found with her.People likened them to Adidas brand shoes and were amazed that they looked so modern despite likely being made in the tenth century. 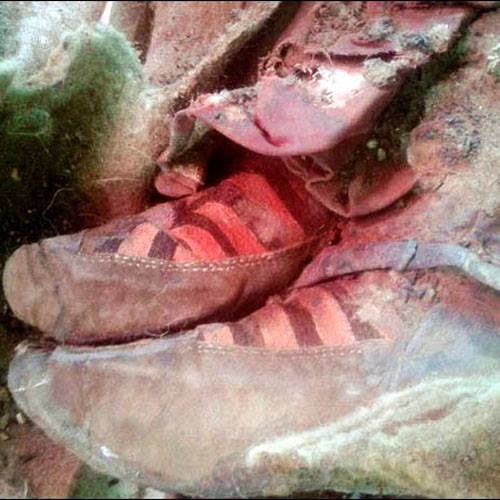 Read More: These Photos All Have One Disturbing Thing In Common — They Captured The Dead

Because of her sewing kit and the embroidery found on her clothing and belongings, she was believed to have been a seamstress. 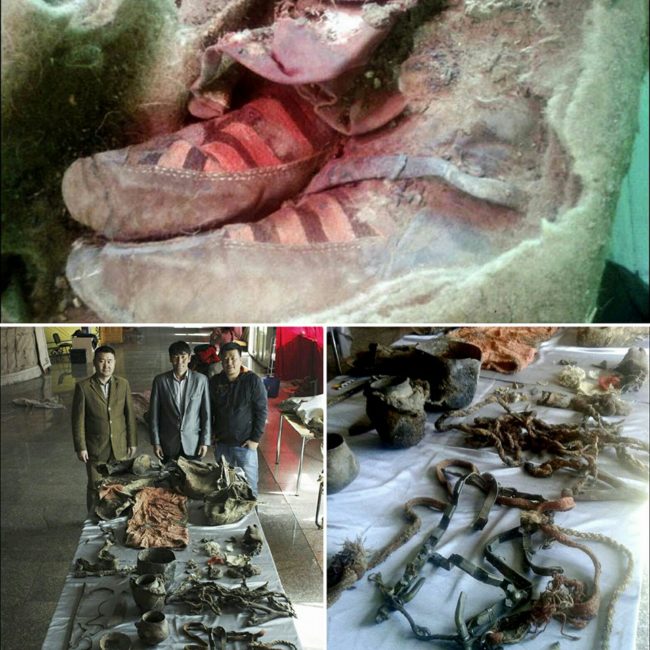 Experts also believe that she suffered a significant blow to the head before she died and credit the high altitude and cold climate where she was buried for preserving her body so well. The mummy had also been covered in a coating of Shilajit, a tar-like substance.

Now a year after being uncovered, the boots, along with her other possessions, have been restored to an even more incredible state.

You can check out more footage of the body shortly after its discovery in the video below.

The mummy is now being exhibited in the National Museum of Mongolia.I so wish I could go there to see her!Be sure to share this with others if you can’t believe how well-preserved she is!