There are plenty of sex tapes floating around online, but I can assure you that the one you’re about to see is the weirdest one of all time. Stay with me here.

We’ve all heard stories about inter-species crossbreeding and its many ups and downs, as with the case of Ligers, which are crosses between lions and tigers. Sadly, life isn’t easy for the offspring of this unnatural selection, meaning that we should probably just let nature do its thing.

Something tells me, however, that monkeys and deer in Japan haven’t gotten the memo.

In short, monkeys and sika deer in Japan have been caught doing the nasty. Researchers are claiming that the sexual interactions could be a newly learned behavior, and needless to say, it’s making people scratch their heads. 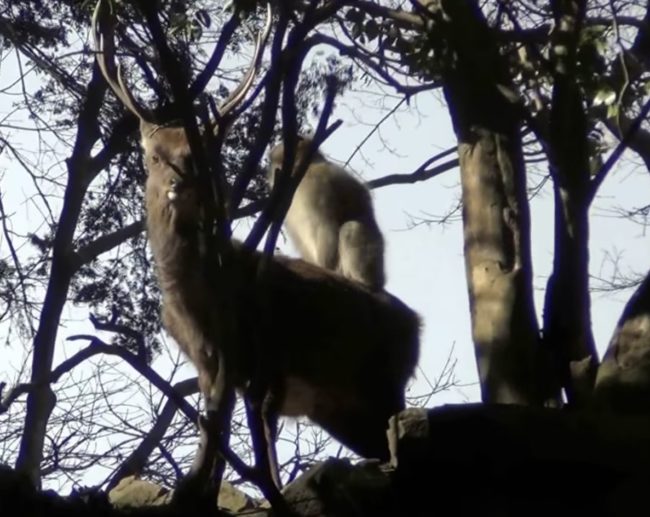 In an attempt to confirm or deny this event as an isolated incident, researchers focused their attention on a population of snow monkeys living in Minoo. 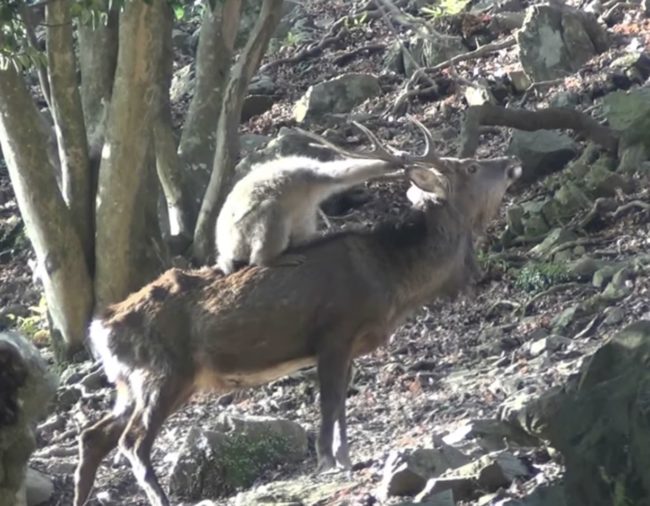 They discovered that when it comes to these inter-species trysts, it was adolescent female monkeys that took to rubbing their genitals on the backs of the deer. 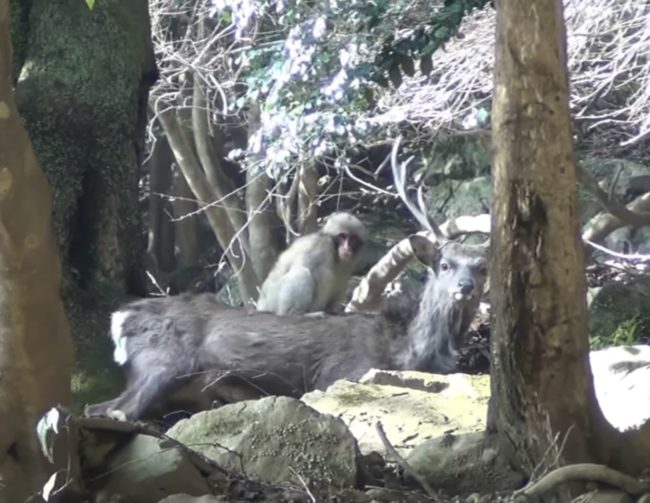 Over the course of two months, the researchers observed five female monkeys mounting deer a total of 258 times. The same monkeys have also been observed simulating sex with one another. 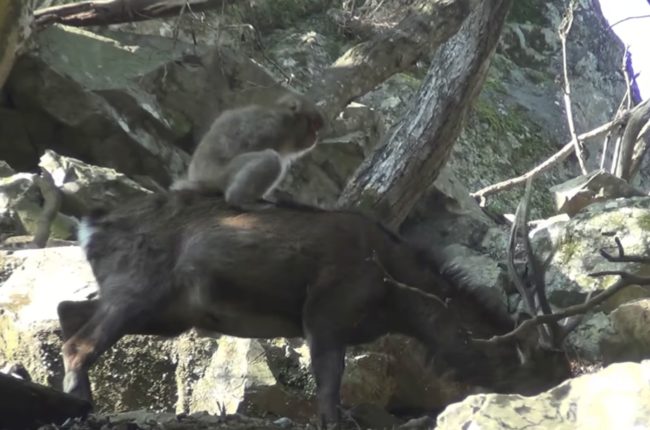 They found that the frequency of the snow monkeys mounting other monkeys and deer was exactly the same, but these sexual interactions only occur during the mating season. 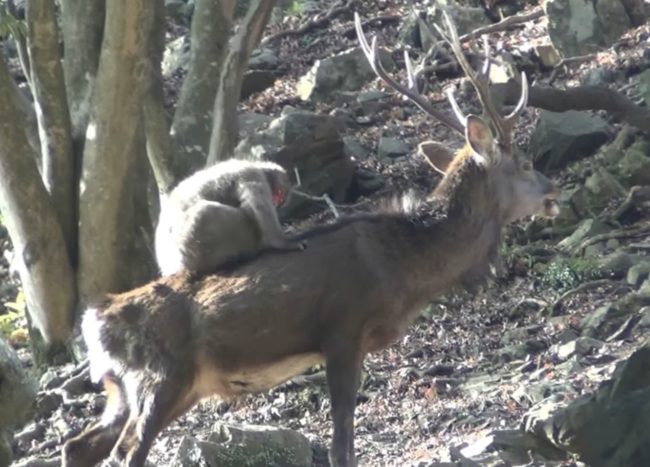 Noëlle Gunst, the co-author of the study, believes that these new behaviors are the result of the adolescent monkeys practicing sexual behaviors that they are not yet developed enough to complete. 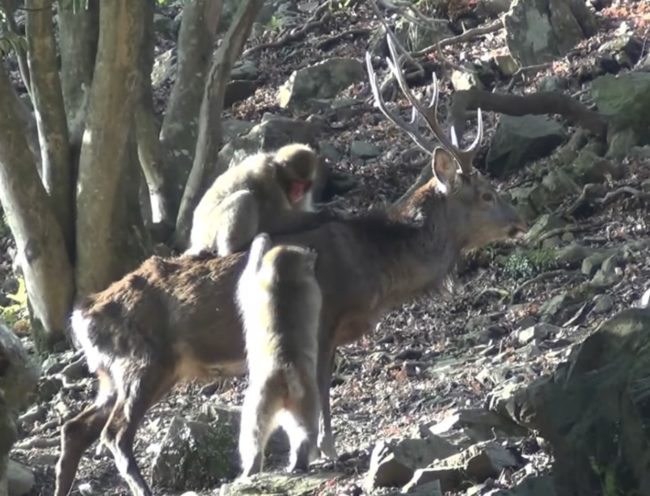 Another shocking revelation from the observed mating is that when it comes to the monkey’s preferences, size matters. The tiny snow monkeys prefer the larger stags over the adolescent deer. So yeah…nature is weird.