They say everything is bigger in Texas, but this viral photo of a 13-pound bullfrog has some people calling bull.

Over Memorial Day weekend, the South Texas Hunting Association’s Facebook page posted a series of images proclaiming that one lucky outdoorsman stumbled upon a 13-pound monster bullfrog at one of their local fishing ponds. Since being posted on the page, theimages have been shared over 250,000 times and have left many readers scratching their heads.

Assistant research professor of Wildlife Ecology and Conservation David Steen was quick to explain the visual phenomenon at play here. 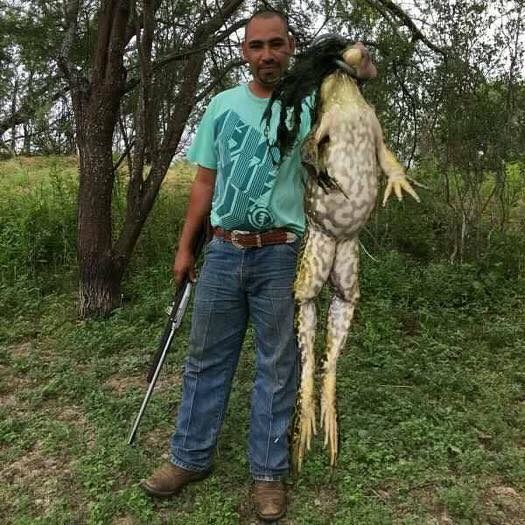 Here’s some background before we dive in. It’s worth noting that the average American bullfrog typically grows to be just over six inches in length and they usually weigh just over two pounds. 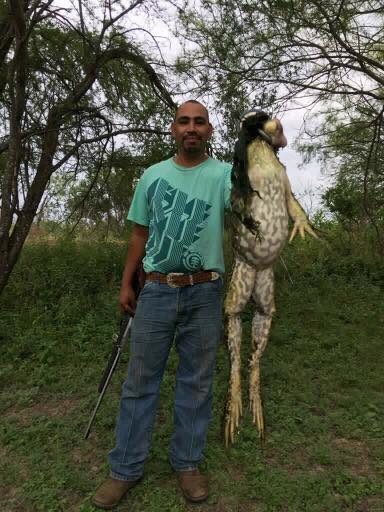 Steve Lightfoot, a spokesperson from the Texas Parks & Wildlife Department, told local news sources that the photographs weren’t manipulated with photo editing software, but an optical illusion was at play when they snapped the image.

Lightfoot believes the image is actually the product of “forced perspective.” This illusion makes everyday objects appear larger than then really are. It is highly likely that the bullfrog in question is attached to a long stick or pole which is deceptively close to the camera. That tricks our brain into scaling the frog up against the man.

Nothing is as it seems, folks, especially online. Let us know your thoughts in the comments and be sure to share this froggy illusion with your friends!