Photographs can often be deceiving. People might be smiling and looking happy, but deep down, they could be feeling something else entirely. Or sometimes a photo can look completely innocent, but actually be showing something a lot darker.

These 10 photos are the perfect example of that. They look innocent, or at least normal at first glance, but the stories behind them are anything but… 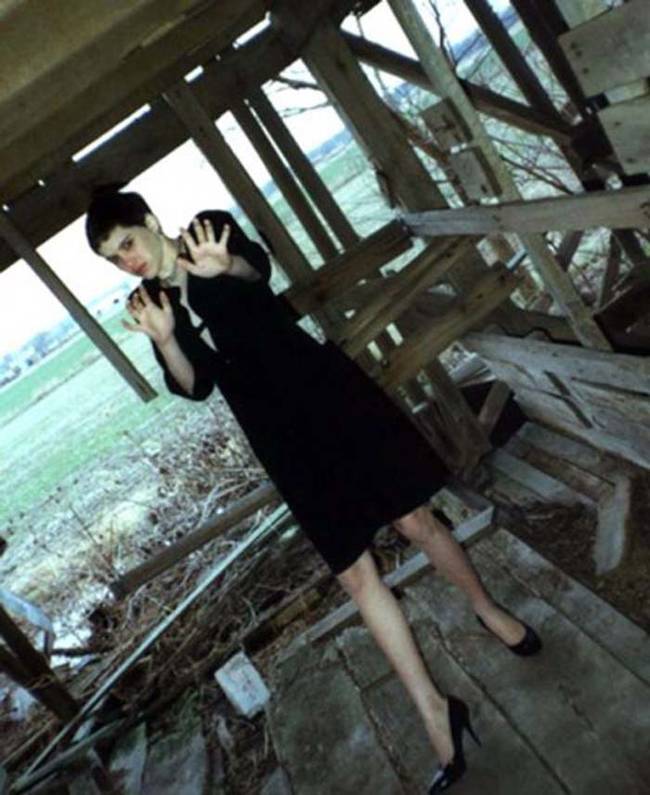 This photo was taken by serial killer, Robert Ben Rhoades right before he killed the 14-year-old Walters. Rhoades was famous for touring the country in an 18-wheeler truck that was fully equipped with a torture chamber. This photo was taken in an abandoned barn in Illinois where Rhoades murdered Walters. Before killing her, Rhoades cut off her hair and forced her to wear the black dress and heels you see her wearing in the picture. 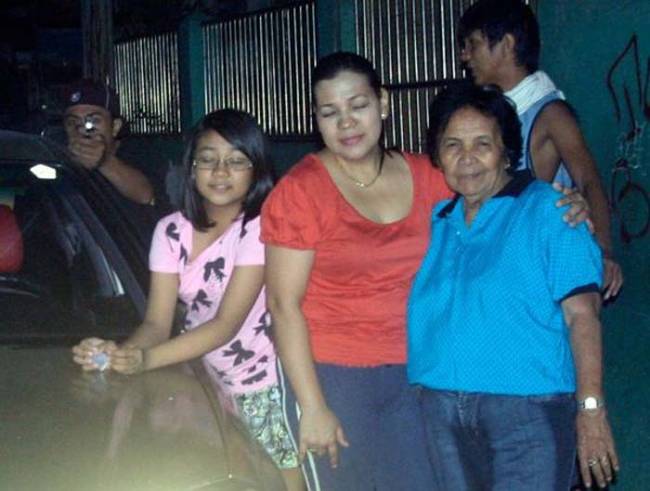 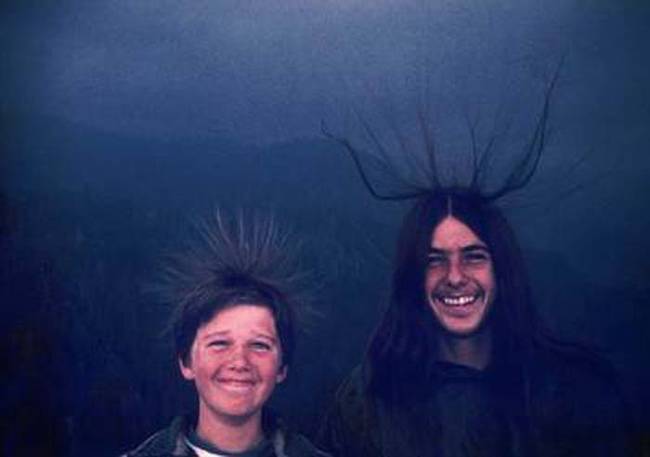 This electrically charged picture was taken just a few minutes before both brothers were struck by lightning in the Sierra Nevada mountains during the summer of 1975. Lucky for Michael and Sean, both of them survived the lightning strike.

A photographer snapping a few shots of the thick air pollution around the Wuhan Yangtze River Bridge in China accidentally caught two lovers’ suicide on camera. When interviewed about the photo, the photographer said he didn’t even notice the man jumping, then he barely had time to adjust his camera to catch the woman jumping from the bridge a moment later.

“I was totally paralyzed – there was no way I could get anywhere near her, I still had my hand on the camera and I tensed and shot off another few frames entirely by accident – but ended up photographing the woman as well,” said the photographer. Neither of lovers’ bodies were ever recovered.

This Polaroid was found in the parking lot of a grocery store in Florida. The picture allegedly depicts Tara Calico, a 19-year-old college student, and 9-year-old Michael Henley Jr., both of whom disappeared without a trace near their homes in New Mexico in 1988. Both are still missing. 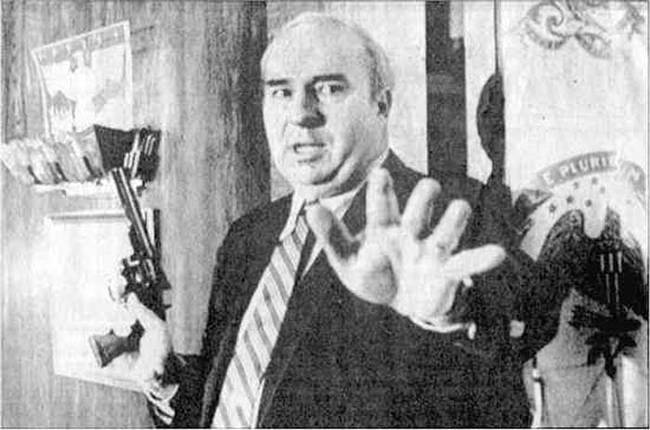 Dwyer was a Republican state senator in Pennsylvania from 1971 until 1981. Then from 1981 until January 22, 1987, Dwyer severed as Treasurer of Pennsylvania. On that fateful day, Dwyer called a press conference in the state capital, and then shot himself in front of the gathering of reporters. His suicide was broadcast on live TV across the state. This photo was taken just moments before he killed himself.

This was the last self taken photo by Chris McCandless before his body was found by a hunter in the Alaskan wilderness in 1992. Earlier that year in April, McCandless abandoned his life and ventured into the Alaskan wild with very little food and equipment, hoping to live a simpler life. He died sometime in August 1992. The official cause of death was starvation. McCandless’ story was the inspiration for the book Into The Wild. 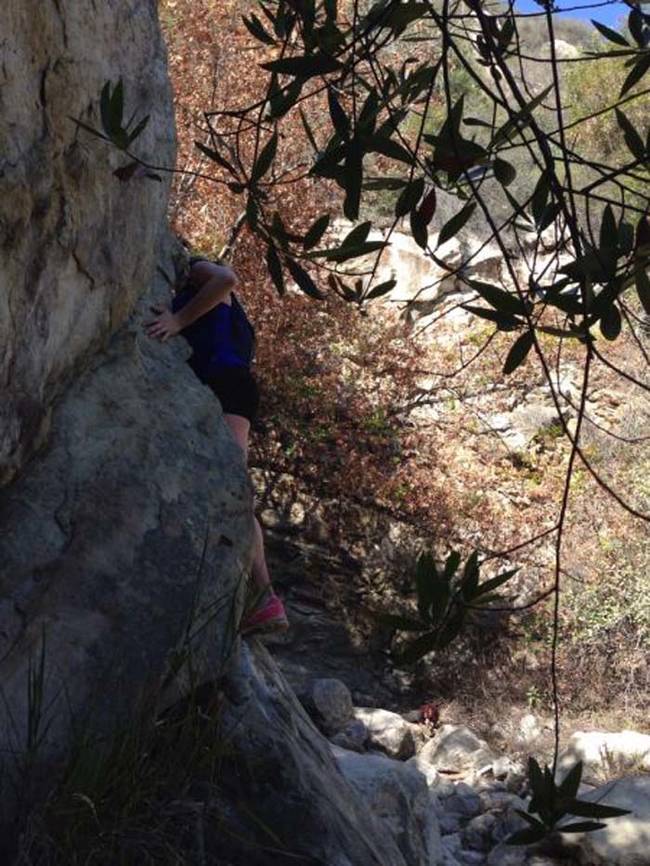 Guilliams and her friend Brenden Vega were hiking through the wilderness in Santa Barbara County, California. While they were hiking, the path they had chosen was not clearly marked. Both fell and seriously injured themselves. After calling out for help for hours, Guilliams left Vega where she was to go get help. Sadly on her way out of the wilderness, Guilliams fell again, and later died where she landed.

This picture above was taken by another pair of hikers that were in the same area the next day. Unbeknownst to them, the body of Guilliams can be seen in the background of the photo. Her curly red hair is visible if you’re looking for it. The saddest part is that at this point Guilliams was likely still alive, but she was face down in the mud with multiple broken bones. She probably heard the passing hikers, but was unable to call out to them for help.

These same hikers did eventually find Vega and manage to save her life.

Lansburg was an avid photographer at the time of his death. He was especially enamored with Washington state’s Mount St. Helens. On May 18, 1980. Landsburg just happen to be right near the base of Mount St. Helens, when the mountain erupted causing the single biggest volcanic event in the United States since 1915. Because of his proximity to the eruption Landsburg did not survive, but he managed to capture this photograph of the beginning of the eruption just before his death.

Sánchez was a Colombian girl killed in 1985 by the eruption of the Nevado del Ruiz volcano. She was just 13-years-old when she died. The eruption caused massive flooding and landslides in the surrounding villages.

When her house was destroyed by a mudslide, she became trapped underneath the debris in freezing cold water for three days. Sánchez suffered like that for 55 agonizing hours until she finally succeed to either gangrene or hypothermia. The photograph was taken by a journalist visiting the afflicted shortly before her death. It won the World Press Photo of the Year for 1985.

These photos are all heartbreaking in their own way. There’s no way all of these photographers could have known exactly what they were capturing on film at the time.