She Complained Of Pain But Doctors Sent Her Home. Now She Has No Full Limbs.

When Lindsey Hubley was pregnant with her son, Myles, she had likely kept in mind that his birth might come with complications.

But before the 33-year-old welcomed her little boy into the world on March 2, she would have never guessed that not only would she spend the first seven months of Myles’ life in the hospital, but she’d be doing it without any full limbs. Hubley is now suing the IWK Health Centre in Halifax, Nova Scotia, and five doctors after everything she’s been through.

Two days after giving birth to Myles, Hubley was discharged from the hospital. However, she came back the next day with abdominal pain. According to her lawyer, she didn’t receive an examination and was diagnosed with constipation before being sent home again. 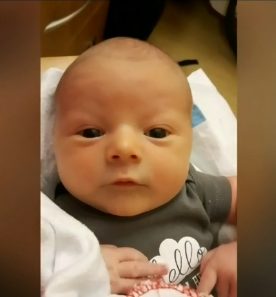 She was rushed to the hospital again the next day after experiencing more pain and discoloration on her body. She was eventually diagnosed with necrotizing fasciitis, the flesh-eating disease. 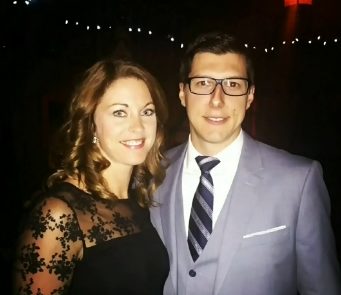 Since then she’s had to have a total hysterectomy and amputations below both of her elbows and knees, making her a quadruple amputee. She’s also been through multiple surgeries and hasn’t been able to come home since Myles’ birth. 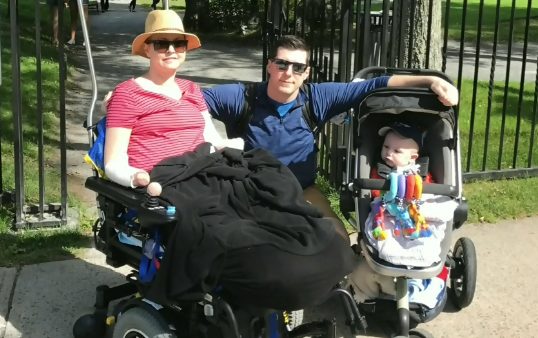 Hubley’s lawyer, Ray Wagner, says that negligence caused what happened to her. “Our allegations are that had she been properly assessed when she presented at the hospital … a substantial part of the damage, if not all of it, could have been prevented,” he said. Learn more about this story below.

My heart goes out to this family after all they’ve had to deal with. Hubley isn’t infected anymore, but she also isn’t out of the woods yet. She needs multiple surgeries, including a kidney transplant. If you’d like to help with her medical costs, you can donate here.