Trying to survive on the streets is rough enough for stray or abandoned dogs, but just imagine doing so while not being able to see, hear, or move around with ease.

This is what one unfortunate pup had been dealing with for who knows how long when people found him on the side of a Florida road where he’d almost been hit. The poor thing’s fur was severely matted and he clearly needed help. They couldn’t keep him for the night, so they posted a photo of him on Facebook instead, pleading for anyone who could take care of the pup. That’s where Kari Falla came in and asked them to bring the dog to her business, BGEGrooming.

“I could tell he’d been that way for a few years from the pictures. You could tell it was extreme neglect,” Falla said. “I knew it was bad, but nothing prepared me for what I saw. It smelled like death and the dog could not walk. They had to carry it.” 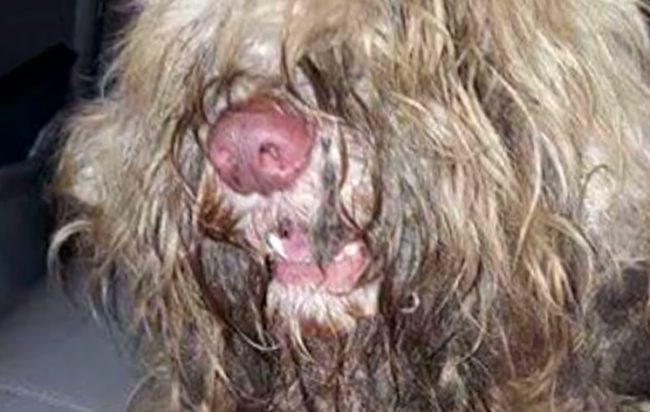 Falla opened her shop for the emergency and started working on the pup around midnight. It took her about three hours to bathe and shave him. 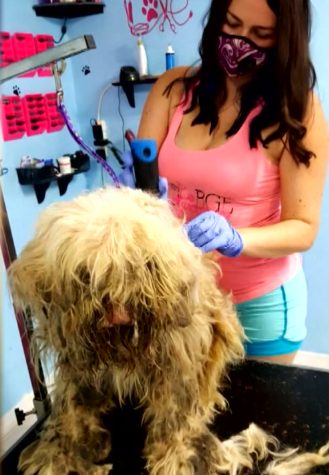 Once finished, he was unrecognizable — and very happy! Later on, Falla found out he was also deaf and blind. 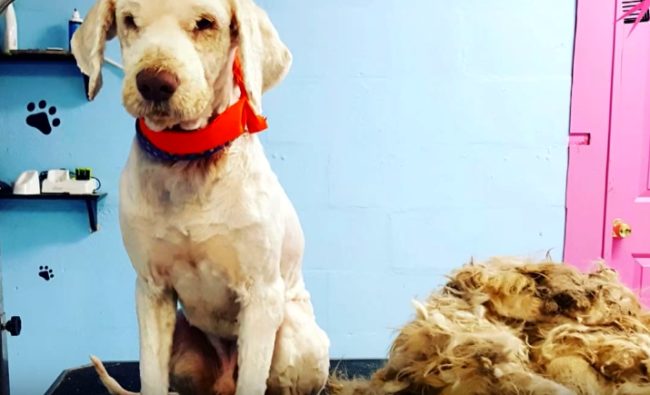 Learn more about how this amazingly kind woman helped the pup who was later named Lucky.

Lucky must feel so much better now! Here’s hoping he finds the best forever home possible.