This Music App Seemed Innocent, But Then Parents Started Finding These Messages

Safety online is a huge responsibility and challenge for parents.

Even very young children are growing up technologically literate in a way that sometimes their parents are not. As those kids grow up, the internet can become even scarier for moms and dads who just want to keep them safe. Even programsthat might seem harmless can have some hidden features that could affect the kids using them. That’s why some parents are speaking out about musical.ly, a popular app among young teens.

Musical.ly is an app that allows people to upload 15-second videos of themselves lip synching to popular music, among other things. Like Snapchat once was, the music app is now one of the most popular among kids ages seven to 16. The concept is pretty hilarious, and most parents thought the cute videos were harmless. People use the platform for everything from musical performances to dance routines (and to share cuteness like this).

But one mom, Brenna Jennings, is warning that the app may not be as harmless as it appears after her daughter switched her profile to public and received some disturbing messages asking for pictures. The messages claimed to be from a person who works at a modeling agency.

Even schools, like Tidbury Green School, which posted the following status to their Facebook page, are beginning to warn parents about the chat feature on musical.ly. Some parents say they have found messages and images from older men to young girls. 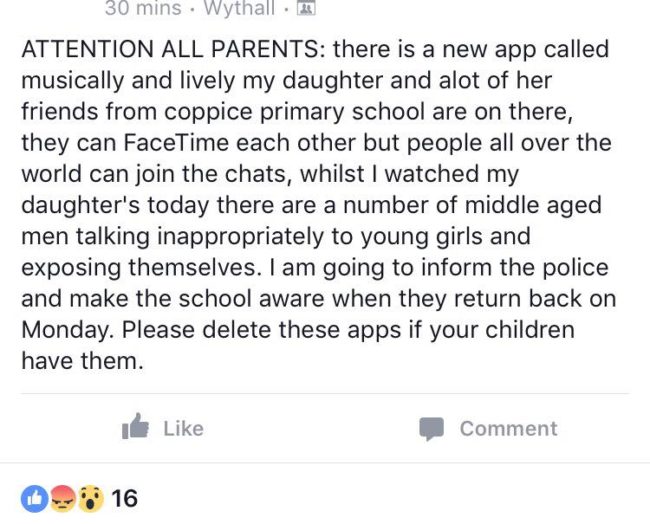 One dad in England even found messages from someone claiming to be an eight year-old boy to his eight year-old daughter. They talked about liking her body and said “you got me feeling naughty.”

Even if children have (and keep) their profiles set to private, however, many parents are concerned that the search feature doesn’t have filters. Kids can come across other profiles that have sexual imagery or content, along with explicit music. 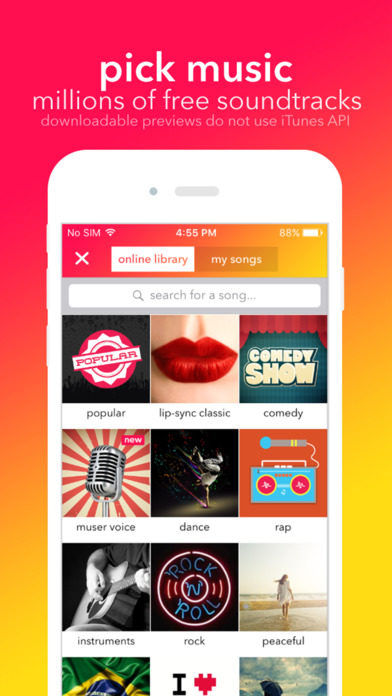 Read More: He Heard A Woman Crying At The Store. Then He Told Her Something So Amazing.

Jennings acknowledges that her daughter broke rules by making her profile public, but she also cautions that parents need to monitor kids’ social media use no matter what platform they’re using. Websites like Common Sense Media can also help parents decide which social media accounts are right for their family.

Thank goodness these parents were looking out for their kids! Would you let your children use musical.ly? Let us know in the comments, and be sure to share this with parents you know to raise awareness about the issue.