Near-death experiences can happen when you least expect it.

And for one Wisconsin man, a day of DIY projects around the house turned into a close call with a power tool that left him driving to the hospital.

Doug Bergeson was working on the framing for a brand new fireplace in his house when he accidentally shot off his nail gun. The nail ricocheted off a piece of wood framing and punctured his chest. He didn’t know where the nail landed at first, but one look at his chest gave him a shocking clue.

Keeping his cool, Bergeson realized that the nail had, in fact, become lodged in his chest. 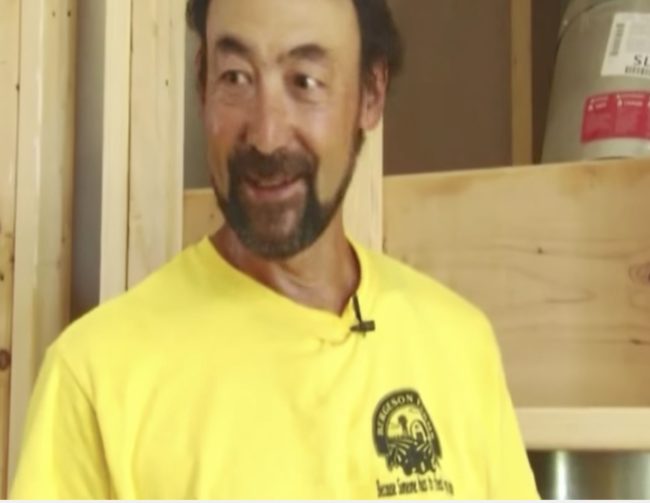 Frustrated that his injury would force him to halt his construction, Bergeson simply drove himself to the nearest ER. 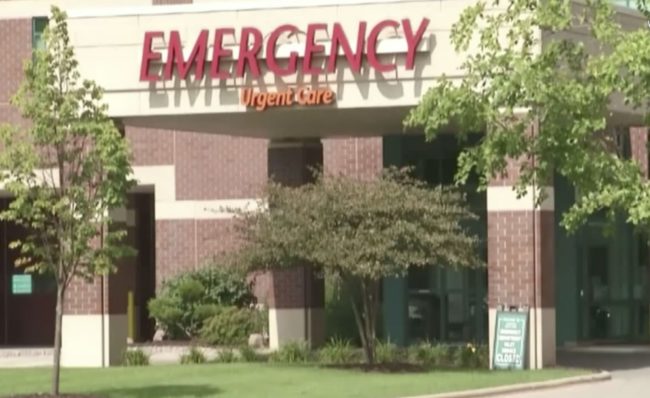 Unfazed by his medical predicament, the man texted his wife to bring him a new shirt after doctors had to cut away the old one to better access the wound. 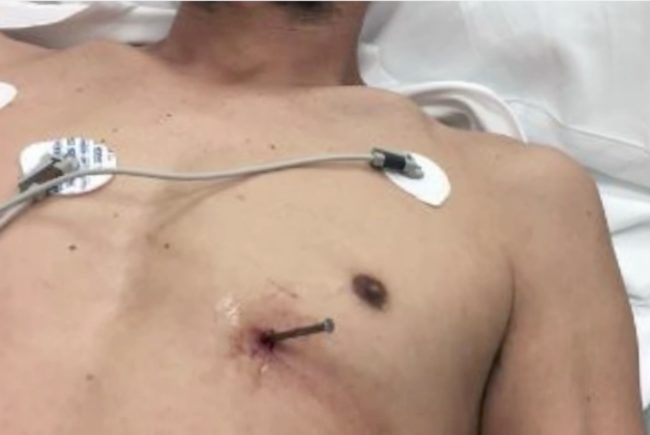 Needless to say, everyone who saw him was pretty shocked that he didn’t seem stressed at all. Learn more in the video below.

Gruesome as the injury seemed, the brave do-it-yourselfer was able to make a full recovery. I really have no idea how he wasn’t freaking out!