When dogs and cats get really, really overweight, it’s hard not to be furious with their owners for overfeeding them so much.

After all, just a few extra pounds put a strain on pets’ bodies. Any more will shave years off their lives. Then there are the animals who weigh multiple times what their normal weight should be — a death sentence without intervention. That’s what Honey the beagle was facing when at her heaviest, she weighed a shocking 68 pounds. This pup’s situation, however, was a bit more complicated than intentional overfeeding.

Honey was over three times the normal weight for a female beagle when in June 2017, she was surrendered to the SPCA of Niagara County in New York. She could barely move and had been sitting in her own urine and feces at home. 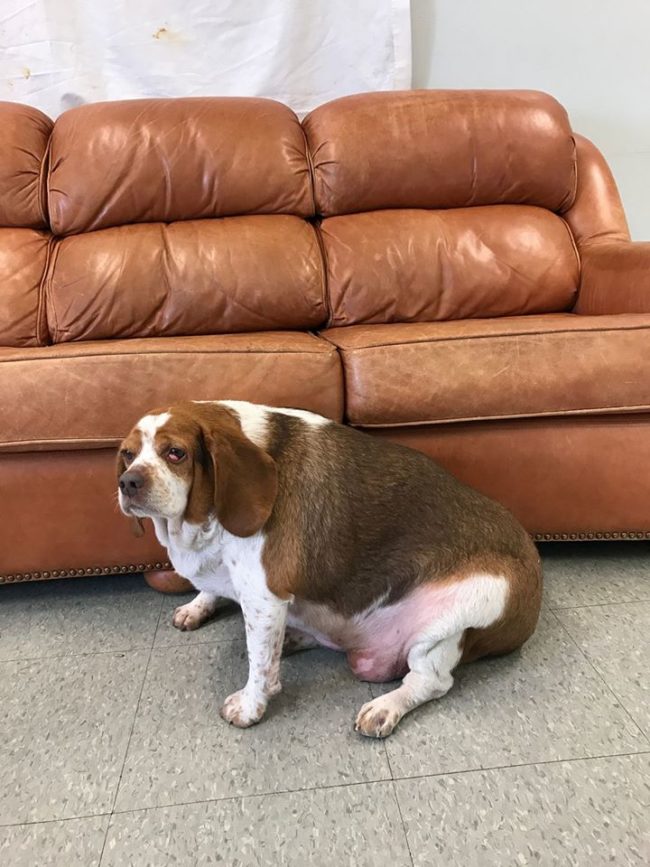 Her elderly owner had dementia and would often forget that she’d already fed Honey. She would feed the dog over and over, leading to Honey’s massive weight gain. Sadly, the woman dropped her off at the shelter to be euthanized at just six years old, convinced her quality of life was so terrible that this was the most humane option. 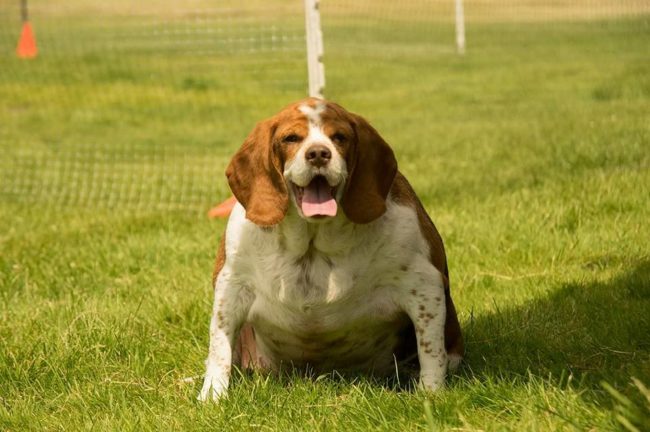 But thankfully, the shelter workers didn’t agree. They immediately cleaned her up, got her started on a diet and exercise plan, and put her on medications for hypothyroidism. In the first week, she lost five pounds. 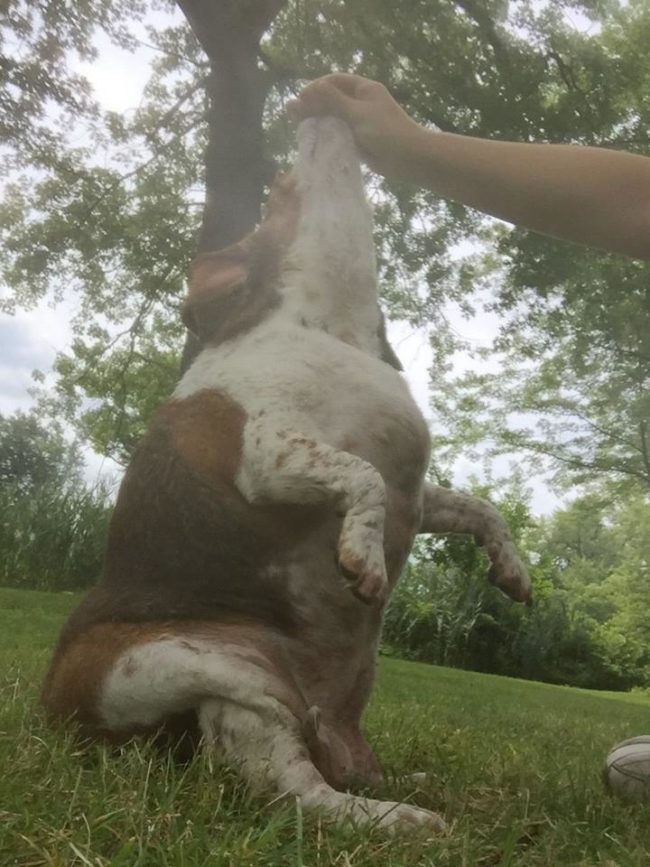 With how difficult it was for Honey to move around, shelter workers and volunteers put her through water therapy to make it easier to walk. 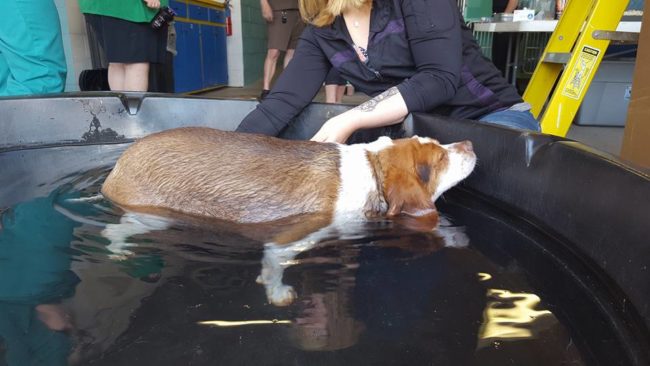 They also helped support her weight during walks outside. Just look at how happy she is!

All that paired with regular time on a water treadmill made the weight fly right off Honey’s body.

“I was amazed at how fast it happened,” Sue Cable, an SPCA volunteer and foster dog mom, told NBC. “Once she was in a home and able to move around in that, she just went.” 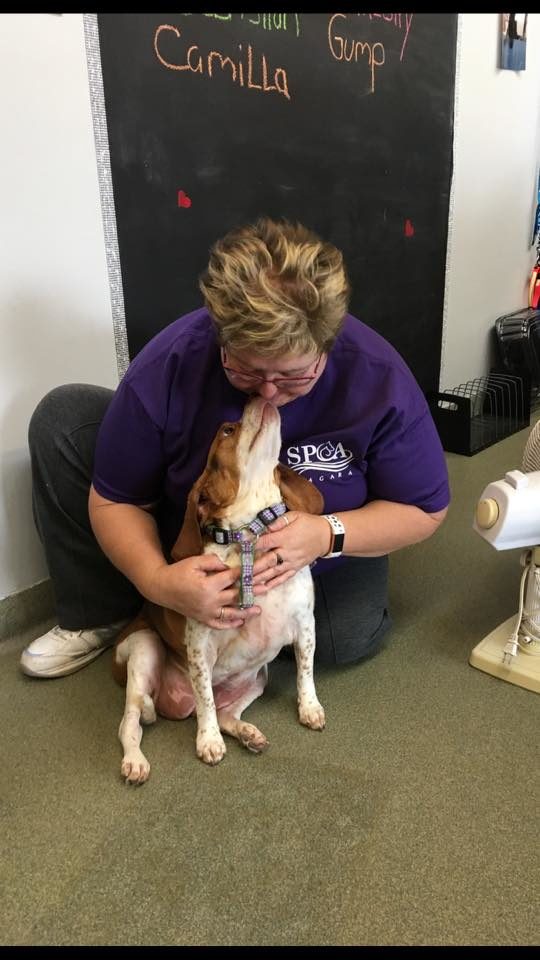 Over the course of six months, Honey shed nearly 40 pounds. 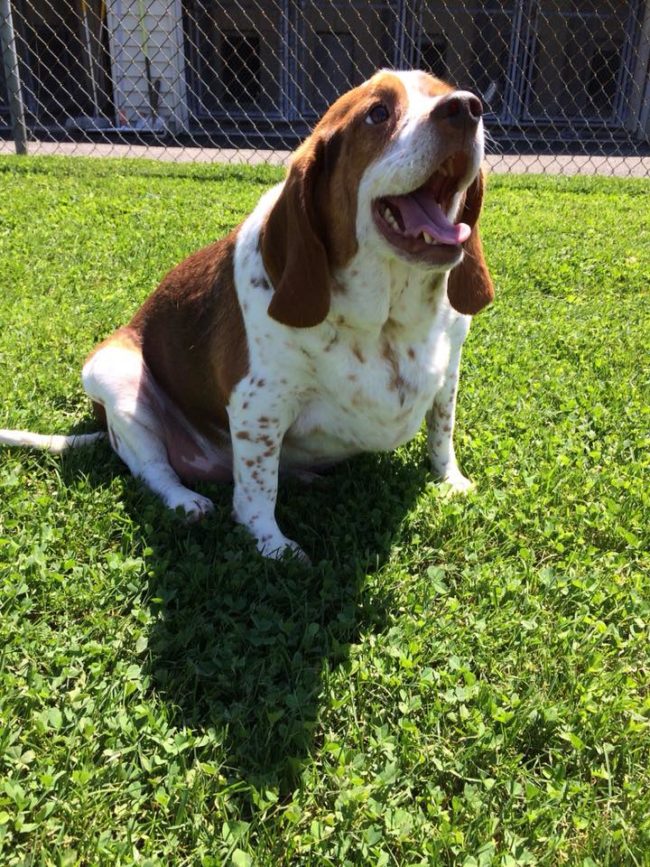 Now this sweet girl is just about ready for adoption! SPCA staff say they’d like her to lose about five more pounds, after which she’ll begin her search for a forever home. 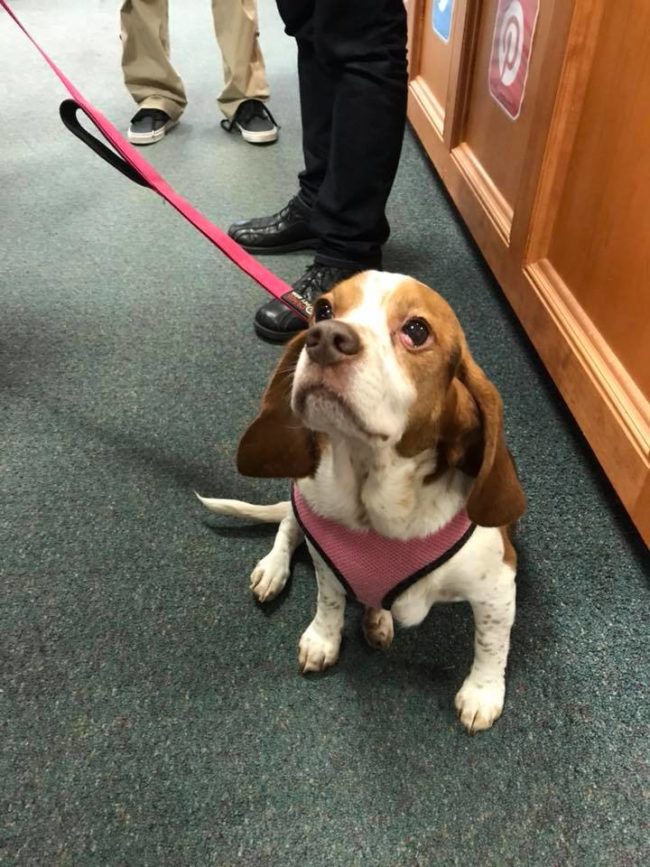 What a little survivor Honey is. After everything she’s been through and accomplished, she deserves all the love in the world. You can keep up with how she’s doing on Facebook.