When Boyan Slat was 16 years old, he found himself coming across more plastic than fish while diving in Greece. It was then that he decided to dedicate a high school project to investigating ocean plastic pollution and how he could make a difference.

At 18 years old, he told a TEDx talk audience that he was going to develop a passive system to clean up oceans using ocean currents.

Then, in 2013, he founded the non-profit entity, the Ocean Cleanup, whose mission is to develop advanced technologies to rid the world’s oceans of plastic. 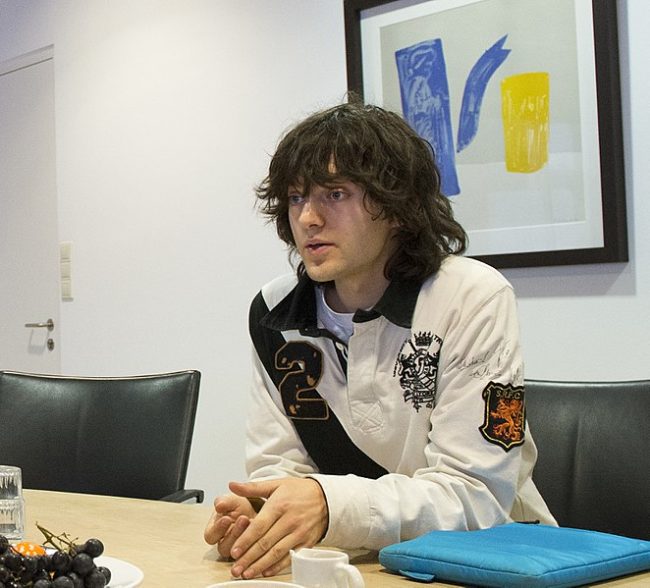 “Once plastic enters the marine food web, there is a possibility that it will contaminate the human food chain as well. Efforts to clean and eradicate ocean plastic have also caused significant financial burdens,” The Ocean Cleanup website explains.

News: Our research crew teamed up with 6 universities from 5 countries to publish this alarming result today in Environmental Science and Technology: The Great Pacific Garbage Patch has 180x more harmful plastics than food available for sea surface feeders such as endangered sea turtles and marine birds. Read more in our latest update (link in bio) – Photo by @mattgeophotography

Now, thanks to millions in crowdfunding, his organization will launch devices to help clean up the Great Pacific Ocean Patch, a swath of ocean between California and Hawaii where about 600,000 miles are covered in plastic and garbage.

Testing is key to our iterative design process, and with the latest series of scale model tests performed at the MARIN institute we have further validated design elements of System 001. Read the update on our website.

The Ocean Cleanup system contains a U-shaped screen and floaters made from high-density polyethylene. It can trap garbage as small as 1 centimeter. The floaters allow the screen to stay buoyant as it drifts with the natural currents of the ocean. Ships collect the trash and bring it to land to be properly disposed of or recycled.

Having completed all welds for the 120-meter test section, the assembly crew has now moved into the screen assembly phase. The tow test is scheduled to occur within the next two weeks, weather permitting.

“The speed the plastic arrives at our moving systems is substantially lower than at a fixed structure having a positive impact on our systems’ capture efficiency,” the website says.

What The Ocean Cleanup claims will be the “largest [ocean] cleanup in history” will begin in the San Francisco Bay in July, where they will start on a 120-meter section of the Northern Pacific Ocean before moving on to a 500-meter section. They hope to launch 60 devices between Hawaii and the north-west coast of the U.S. by 2020.

BREAKING: The Ocean Cleanup raises 21.7 million USD in donations to start Pacific cleanup trials. Details to be announced on our The Next Phase event on May 11. Registration possible via link in bio until May 7.

“The assembly is going on really well. The first segment, which is 120meters [long] has been put together and will be towed out for a tow-test in the [San Francisco] Bay area next week,” spokesperson Erika Traskvik said. “The second system might be deployed early next year, but then after that, it could go fast. So we think that we could get up to 60 systems by 2020.”

As the tow test of the 120-meter unit approaches, @boyanslat summarizes what is left to accomplish before we launch the first cleanup system into the Great Pacific Garbage Patch later this summer. – Follow the Road to the Cleanup on our website (link in bio)

Slat hopes that his device can eradicate all ocean debris and that oceans will be plastic free by 2050. Here’s hoping he’ll meet these goals!