There’s something so appealing about an island getaway. Going to a tropical or remote part of the world can be a great way to relax, whether you’re by yourself or with loved ones.

However, some islands aren’t the paradises you would hope for. There are countless creepy or downright haunted archipelagos that are best to stay away from. Some characteristic warning signs: they’re abandoned, infested with deadly creatures, once housed mental institutions…the list goes on.

Needless to say, the strange islands below might not be a vacationer’s dream destination. 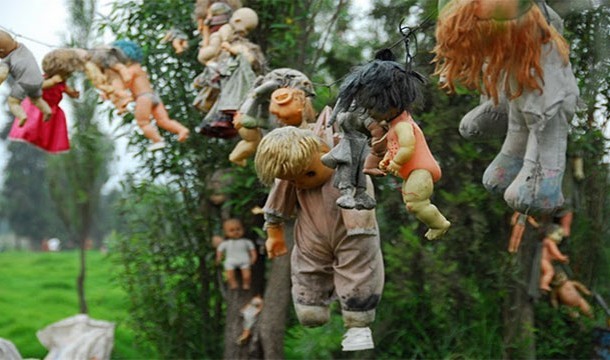 A man lost his mind and hid away on this island, covering it in dolls, which he believed would keep away demons. While its name translates to “The Island of the Dolls,” it’s definitely not a great place to bring your toddler. 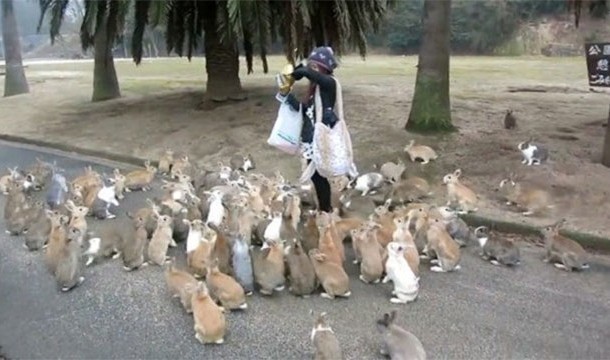 This island is inhabited by tons of rabbits that are descendants of ones brought there for chemical weapons testing by the Japanese army. An island full of chemically altered rabbits? Sign me up! 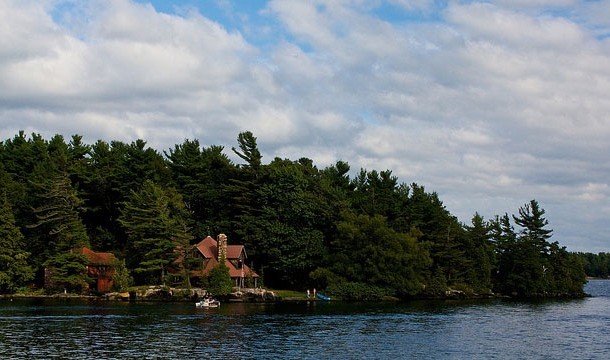 Isolated location? Check. Nondescript cottages? Check. Infamous secret society? That’s odd to be on a list, but this island has it. The stomping grounds of Yale’s Skull and Bones, it’s unclear what kind of creepy rituals are conducted on the island. (And if there aren’t any scary rituals, did they really have to pick such a creepy name?) 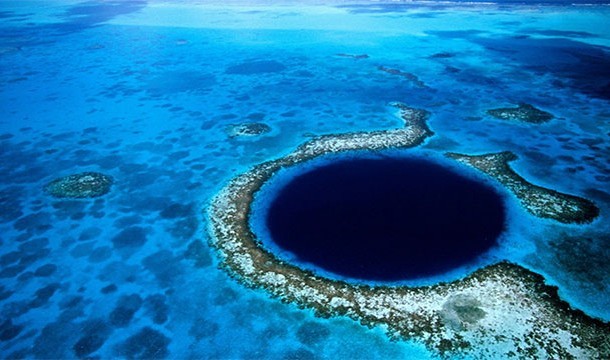 Rather than an island, this is a giant sinkhole off the coast of Belize with a thin atoll around it. People love coming to this spot to dive, but I’m not sure why. Hey, if you want to swim deep into a dark abyss, more power to you. 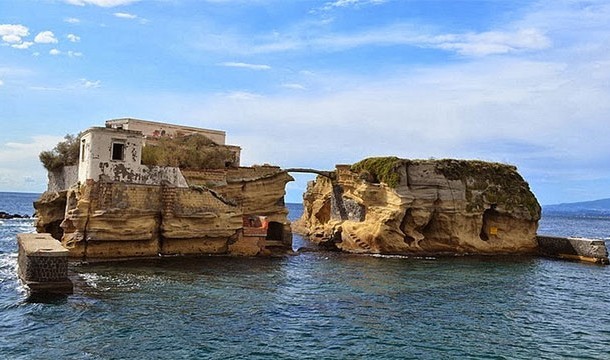 Locals in Naples, Italy, believe that this nearby island is cursed because every owner has either ended up dead (murdered or drowned) or destitute. If you’re looking for that peaceful homestead on a remote island, strike this one from your list…unless peaceful means dying to you. 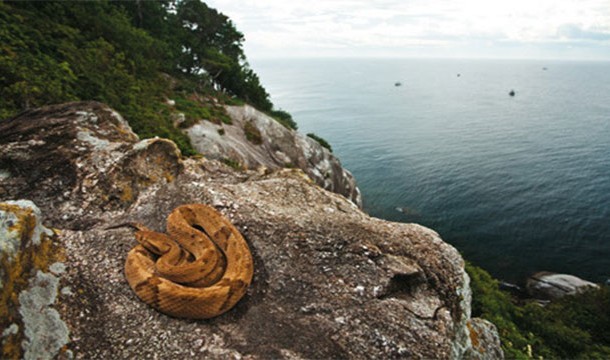 This island, nearly 100 miles from San Palo, Brazil, is full of deadly, venomous snakes. The Brazilian Navy has even forbidden people from visiting it. Though, why anyone would want to go to a snake-infested island is beyond me. 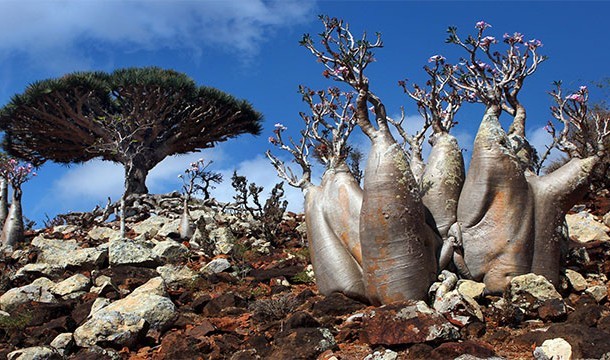 This fascinating island near Yemen has some of the most unique plant and animal life on the planet, and many species there don’t exist anywhere else on Earth. 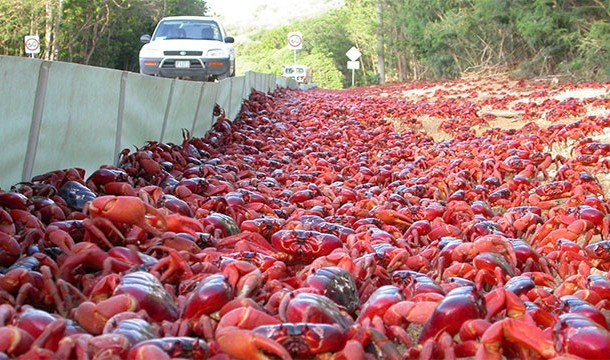 That’s a lot of crabs – 120 million to be more exact. During mating season, a huge migration of crabs occurs on this island. The crustaceans make their way from the jungle to the beach over the course of a whole month. Seeing as they’re going to the beach to find mates, it’s probably best to stay out of their way. 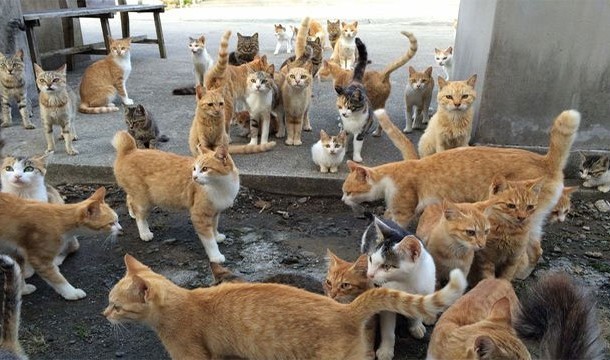 In order to combat a huge mouse population, tons of cats were brought to this island in the 1850s. Years later, after many human residents left, the cats multiplied exponentially. In fact, there are so many that the island is also known as Cat Island. Sounds like a paradise for cat ladies. 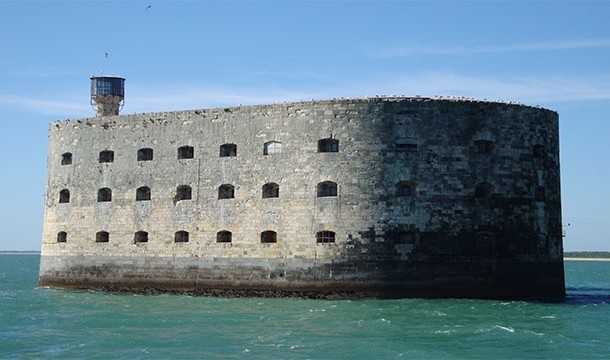 This island was built by the French military, but was soon after made obsolete by advances in military technology. It was quickly turned from a fort into a prison. 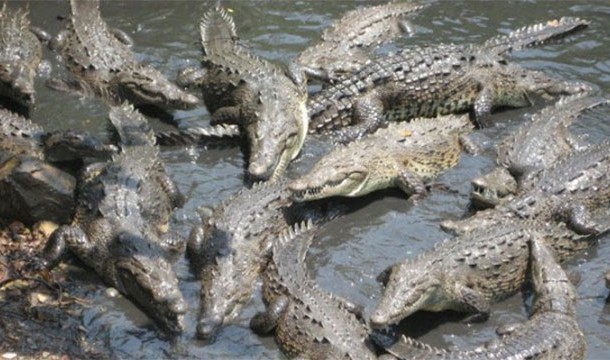 This island is the location of the worst disaster suffered from animals, according to The Guinness Book of World Records. A grand total of 500 Japanese soldiers were killed and eaten during World War II by the saltwater crocodiles that infest it. 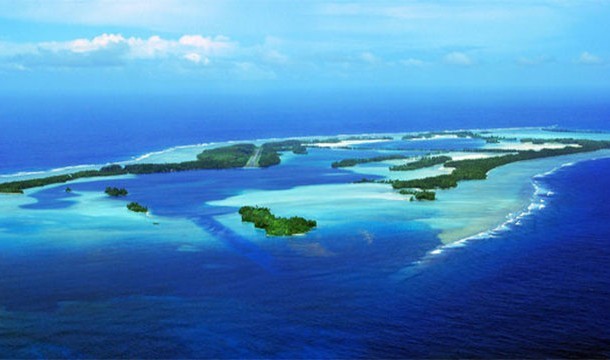 While it might look like a tropical paradise from above, Palmyra was the location of a gruesome murder in 1974. Some have reported that this little atoll in the Pacific gives off an overall sense of dread and dismay. Relaxing, eh? 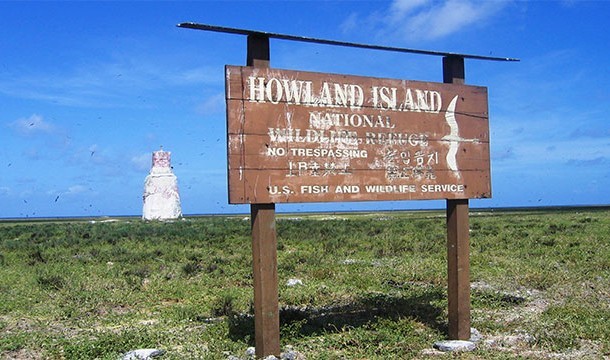 This island holds an eerie significance: it was where Amelia Earhart was due to land on her flight around the world. If you visit, we suggest not flying. 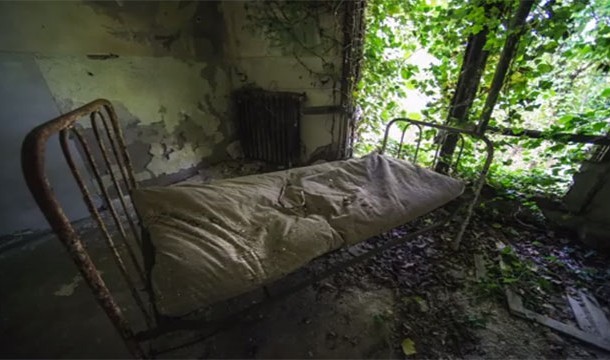 Located off the coast of Venice, this island was once the home of a mental hospital. It is said that some not-so-wholesome experiments took place there. It’s shut down now, but nonetheless, I’ll pass on that getaway. 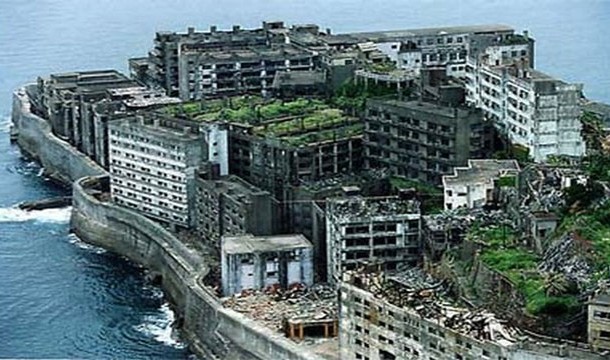 Once a Japanese mining colony housing imprisoned Chinese and Korean laborers, it’s hard to imagine why anyone would want to visit such an awful place. 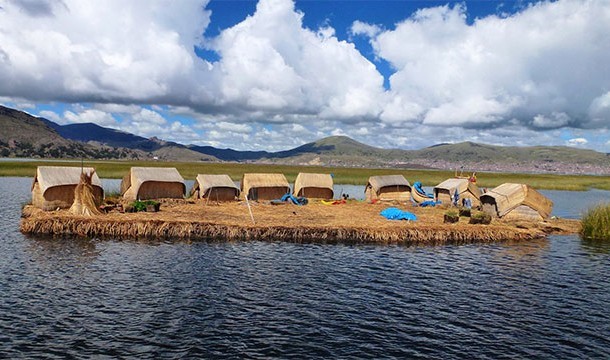 In order to avoid any confrontations with other tribes, the Uros tribe created these floating islands made from woven reeds. I guess if you can’t find your own island, you might as well build one yourself. 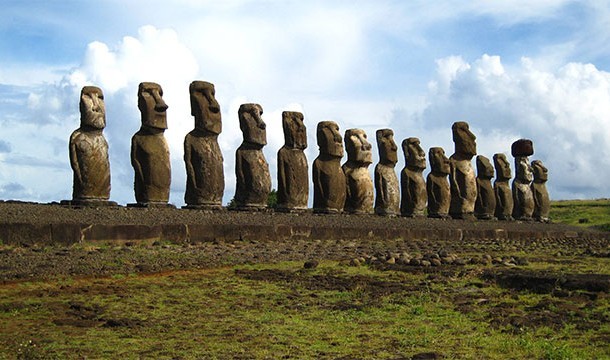 This island is famous for its mysterious giant, rock statues. Known as moai, these statues were built by the ancient Rapa Nui people. While some have speculated, no one is entirely sure how they made and moved the giant structures. 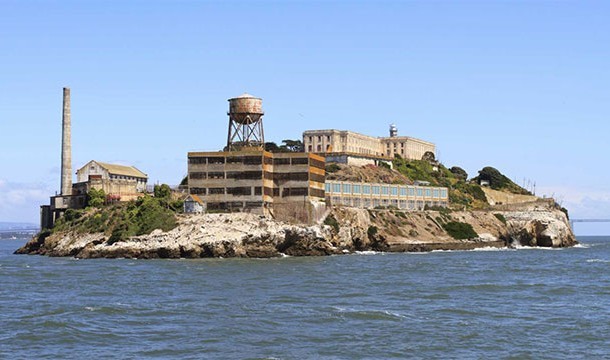 The storied island prison in the San Francisco Bay has been abandoned for half a century, but many believe it is inhabited by a paranormal presence. Vacation, here we come! 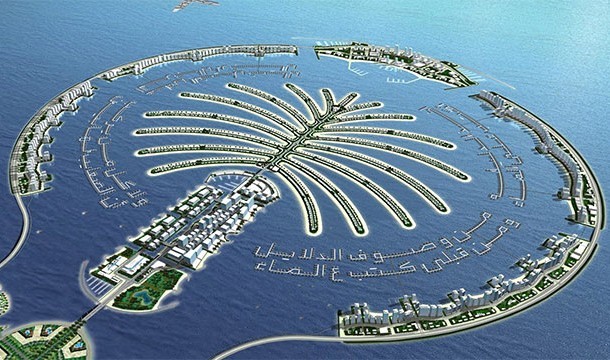 This man-made island was built by Dubai and is located just off its coast. I think once humanity starts making its own luxury islands for the heck of it, maybe it’s time to look ourselves in the mirror and check our priorities. 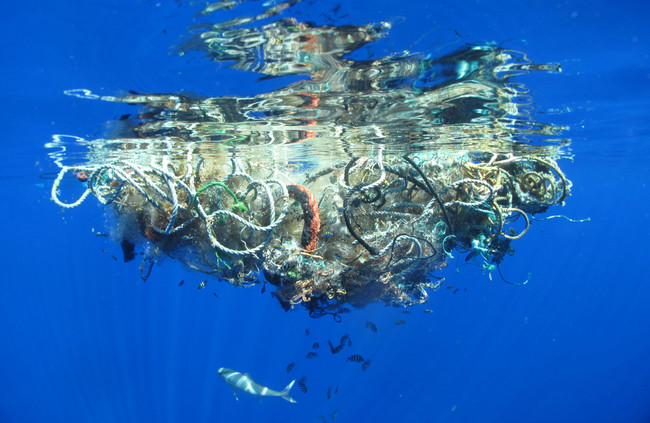 This isn’t really an island, but it is twice the size of the U.S. Did we forget to mention that it’s made up of garbage particles and debris that have been dumped in the ocean and brought together by the ocean’s currents? 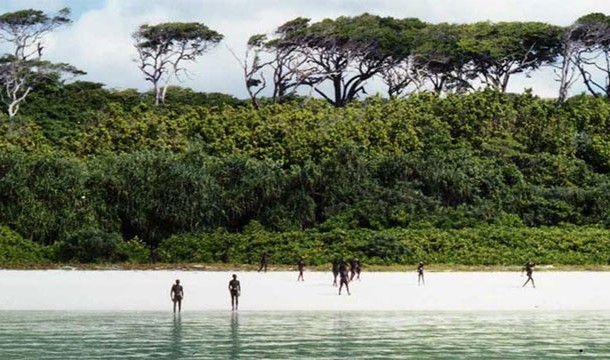 While this island is technically under the jurisdiction of India, it is still controlled by the natives. And the locals aren’t exactly welcoming…unless you consider brandished spears and other weapons welcoming. 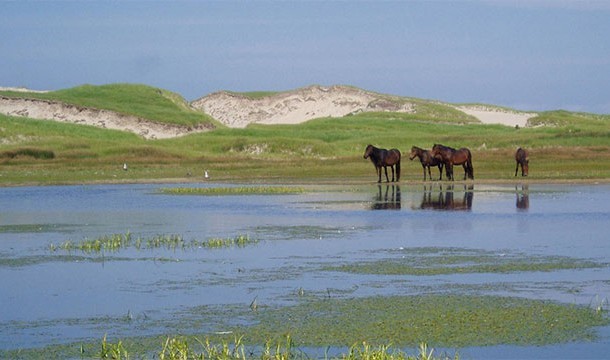 This island, inhabited only by horses and shipwrecks, is located in an area off the coast of Nova Scotia called the Graveyard of the Atlantic. In case you didn’t get the hint, you probably shouldn’t go on a weekend boat trip here. 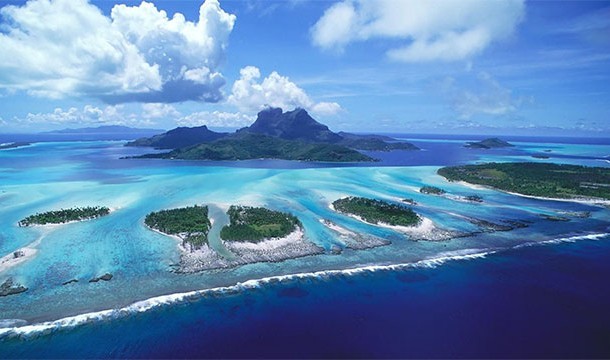 When explorers first encountered the tribes of this island, they found that the natives cannibalized and tortured children and the elderly. Now it’s a popular tourist destination. My, how times have changed. 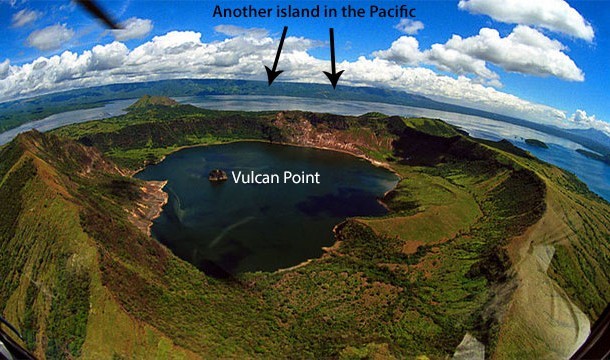 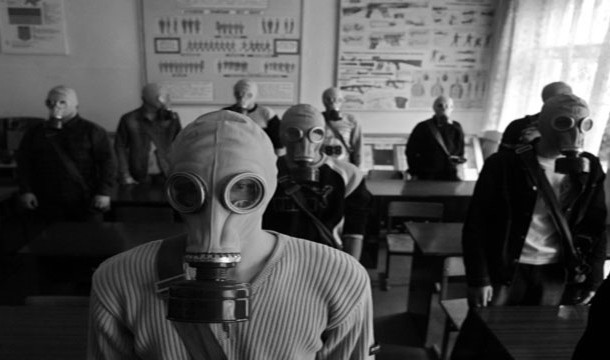 The sulfur content in the air of this volcanic island is so high that residents are required to carry around gas masks. If the air is so bad that you have to wear a gas mask, shouldn’t that be your clue to get off the island?

I don’t think I’ll be booking a flight to any of these islands anytime soon. Especially if an island is haunted or infested with deadly animals – that doesn’t sound like my kind of vacation.