This Brave Girl Lost Her Eye To Cancer. What Mom Got For Her Will Warm Your Heart!

When little Brynn Munger from Idaho turned a year old, her family noticed something strange happening to her left eye.

Her eyelid was drooping, and then it began to swell and turn red.When her mom,Danielle, took her to the doctor, she was told that Brynn needed to go to Primary Children’s Hospital in Salt Lake City, Utah.When they got there, doctors found a cancerous tumor behind her left eye and diagnosed her with undifferentiated sarcoma.

In addition to going through weeks of radiation, Brynn had the tumor removed twice, then a third time when it grew back. They ended up having to remove her left eye and place a skin graft over the area, but this cutie’s now in remission. 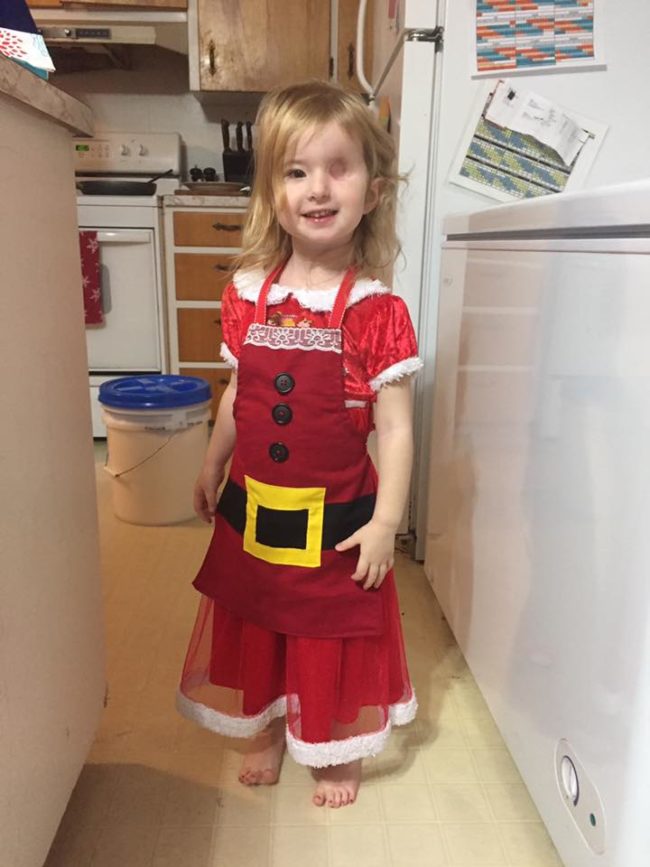 Danielle was worried that Brynn might feel self-conscious about her eye, so she decided to give her something that would make her feel special and beautiful. 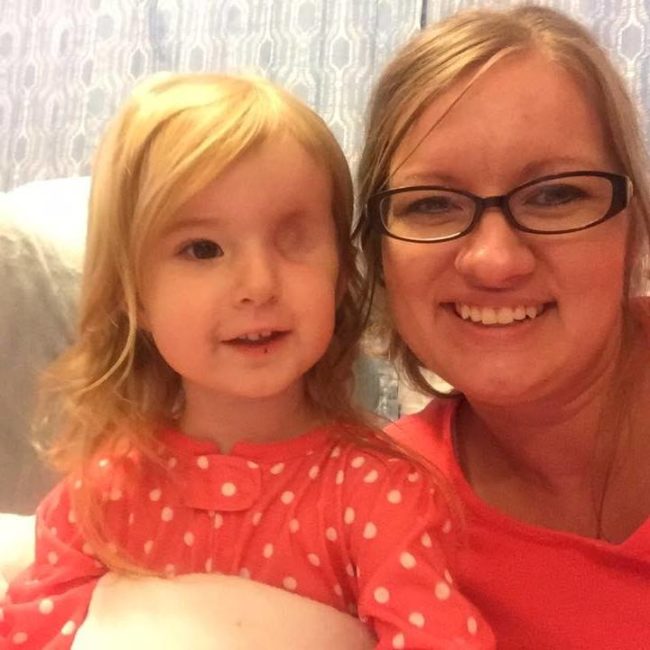 Brynn’s third birthday was coming up, so Danielle ordered a unique gift from a doll-maker named Jessica Sebastian, who rushed the order after she heard the little girl’s story. 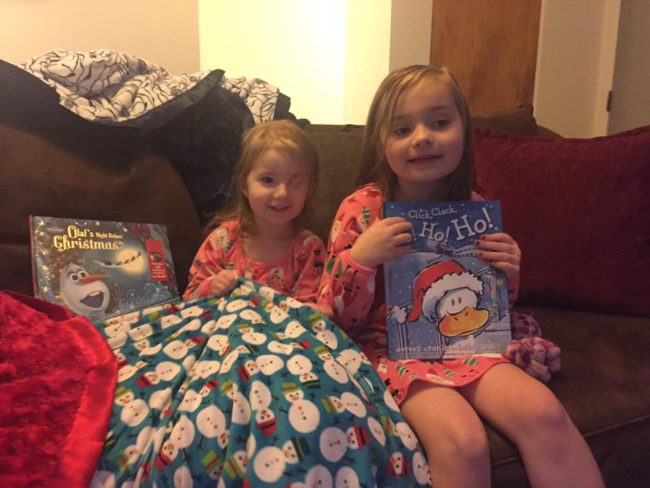 At the family birthday party, Brynn began unwrapping the gift and when she saw the doll, she said, “She matches me.” 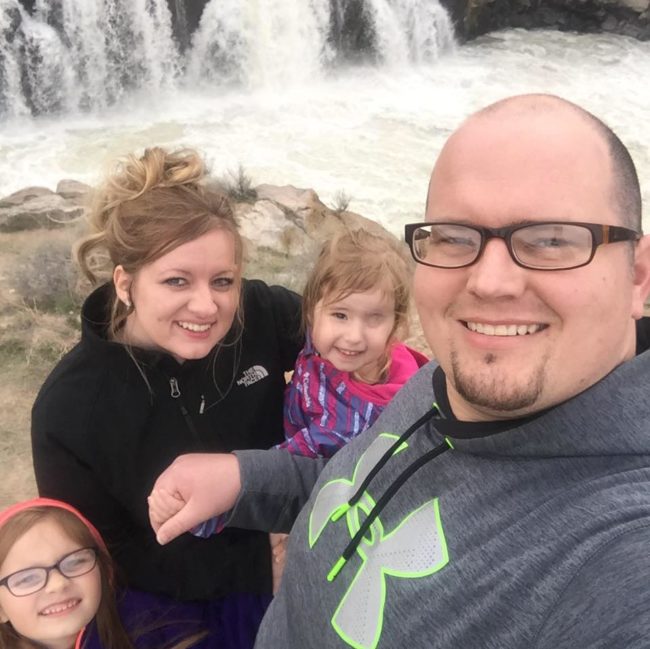 Sebastian had created an adorable bunny with one eye just like Brynn.“She smiled so big and then she could not open the rest of her presents until we got the bunny out of her box and she could show her off to all her cousins and family,” Danielle said.“She kept saying Sparkle has one eye; the other one’s lost. That’s her way of saying the other eye is not there.” 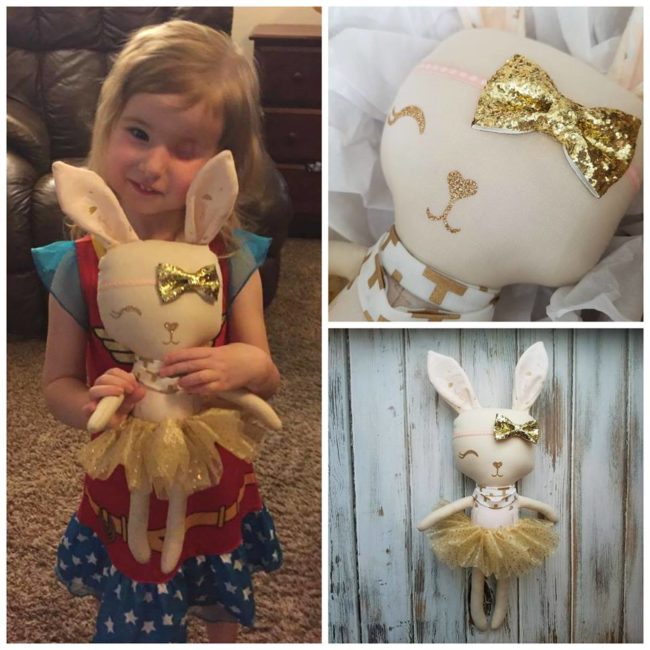 Read More: She Asked For A Sign From Her Son. Then This Little Guy Landed On Her Hand.

I’m sure that I speak for Brynn when I say this is the best gift she could have ever asked for.You can check out more of Sebastian’s creations here, and be sure to share this heartwarming story with all of your friends!