Saying goodbye to a beloved animal is hard enough when they’re a part of your family, so I can’t even imagine what the firefighters at this New Jersey fire department are going through after one of their own lost his battle with cancer.

Timmy was an 11-year-old German shepherd that served as a search and rescue dog for the Pattenburg Volunteer Fire Company. During his time on the squad, Timmy visited schools and helped find missing persons. He was even able to help track down a missing pet tortoise that had wandered off one day. But as Timmy got older, his health began to deteriorate.

Timmy was diagnosed with throat cancer around age 10. 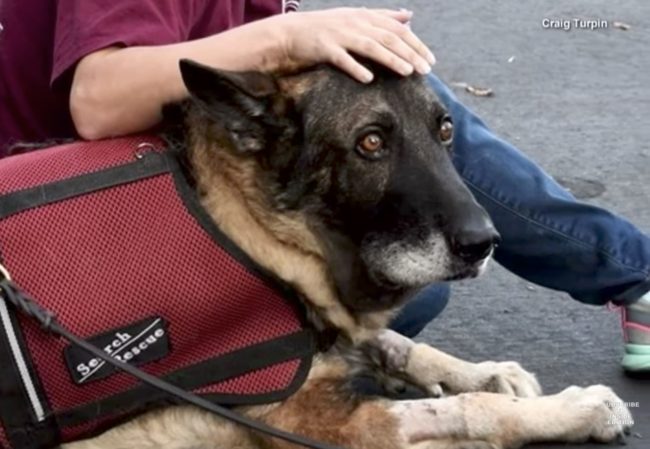 While surgeries and medical precautions had been suggested, veterinarians could only prolong the dog’s life by a few months. 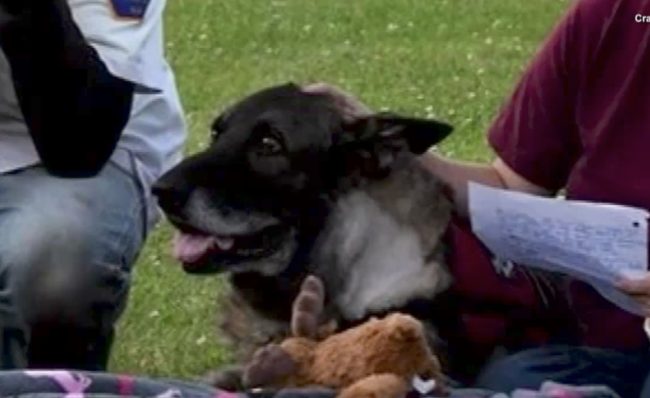 Pattenburg Fire Chief Dan Van Fossen, along with other squad members, made the difficult decision to say goodbye to their old friend. 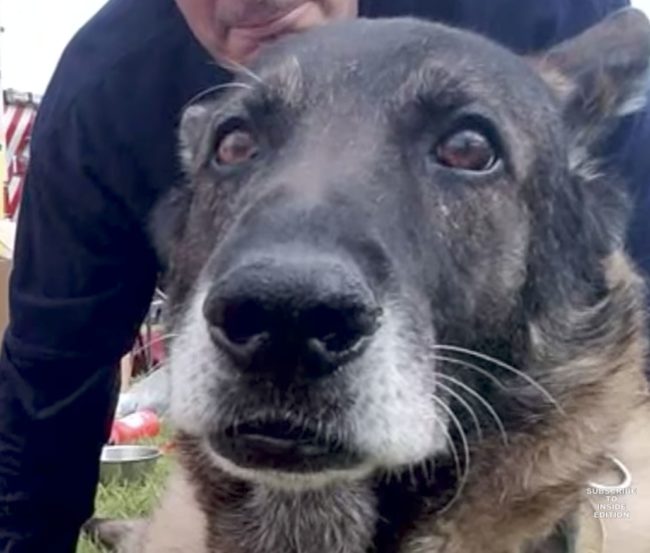 But before taking him to the vet for the last time, local fire departments, police deparments, and other rescue crews joined together to give Timmy an emotional sendoff worthy of a local hero. 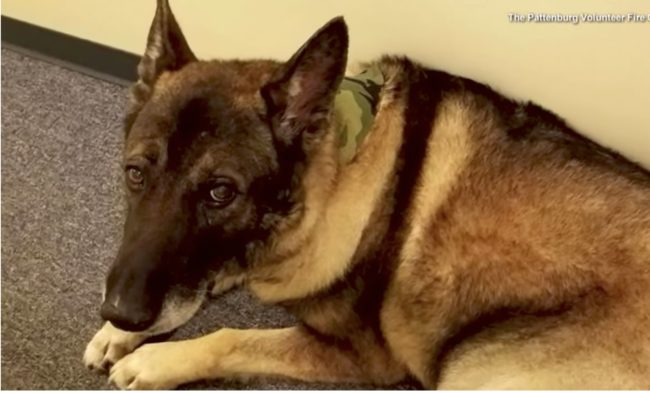 Before entering the hospital, firefighters put out a last call, announcing the passing of their loyal K-9 for all radio listeners to hear. 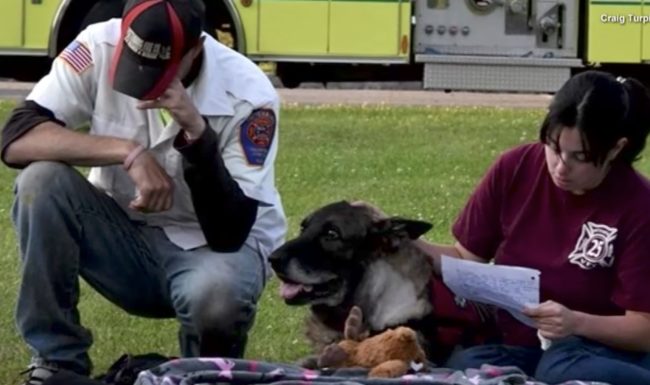 Learn more about Timmy’s heroic accomplishments and his final sendoff below.

Having had to put my own dog down in the past, I can’t even begin to imagine having to put down an animal that meant so much to not just his buddies, but to the entire community. Rest in peace, Timmy.