They Thought This Was A Comet. Now They Believe It Could Possibly Be An Alien Probe.

On October 19, the University of Hawaii’s Pan-STARRS1 telescope detected what scientists first thought was a comet, then later reclassified as an asteroid.

But the space object named 1I/2017 U1, or ‘Oumuamua, wasn’t just any asteroid. Based on its strange shape, speed and trajectory as it passed by, scientists were able to determine something incredible. ‘Oumuamua was our first known interstellar visitor, meaning it entered our solar system from elsewhere in space.

“For decades we’ve theorized that such interstellar objects are out there, and now – for the first time – we have direct evidence they exist,” said Thomas Zurbuchen, associate administrator for NASA’s Science Mission Directorate in Washington. “This history-making discovery is opening a new window to study formation of solar systems beyond our own.”

Learn more about the groundbreaking discovery and NASA’s initial observations below.

If the object is indeed an asteroid, it’s definitely a strange one because of its elongated shape — its length to width ratio is 10-to-1, puzzling astronomers as they’ve never seen anything quite like it before.

It’s so unique, in fact, that scientists are actually investigating the possibility of it being an alien probe — though obviously, this is a long shot. Researchers with the Breakthrough Listen program have announced they will use the Robert C. Byrd Green Bank Telescope to observe ‘Oumuamua for 10 hours on December 13.

They’ll be searching for signals at frequencies of 1-12 GigaHertz emanating from ‘Oumuamua, which is already twice the distance between Earth and the Sun away from us, but still close enough for transmissions to be detected. It’s possible they could find evidence of extraterrestrial activity or technology. 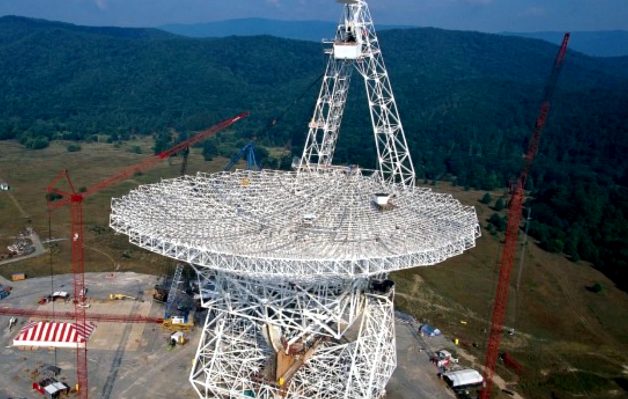 (via IFL Science and NASA)

If nothing else, these observations could provide important information that sheds light on the space oddity. What do you think it is?