Addiction is a dangerous disease that can have negative (and deadly) effects on your mental and physical health.

While addiction is heavily stigmatized, it is important to note that although the initial decision to use is freely made, the devastation of addiction thereafter should be met with care and concern. And that isn’t just because addiction afflicts the person directly involved, but their loved ones as well (and particularly children). Nothing puts this into perspective more than shocking body cam footage captured by cops as they responded to a call in Florida that saw two mothers overdosed with their babies in the back seat.

Kristen Leigh O’Connor and June Schweinhart met in a rehabilitation program, where the two bonded over having the same due date. Their children were born just four days apart. 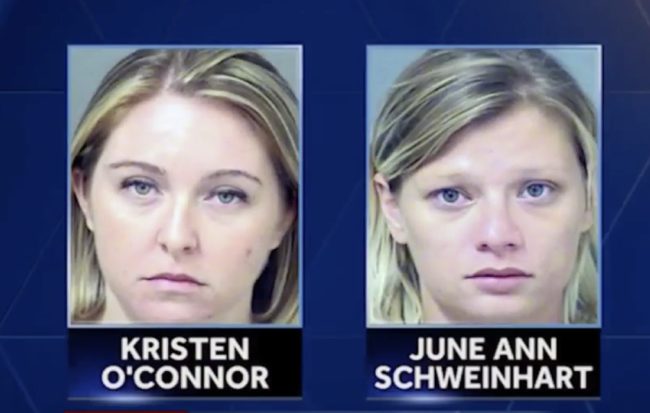 The pair were discovered in a parking lot near Boynton Beach, passed out in an SUV after overdosing on heroin. The mothers’ children were found in the back seat crying.

According to investigators, O’Conner picked up Schweinhart and the pair bought $60 of heroin from a dealer.

With police and medics on the scene, the mothers were administered Narcan before being taken into police custody.

The mothers were booked on child neglect charges and their infants were turned over to family members.

Despite being young enough to be totally oblivious of what happened to their mothers, these children will still feel the affects of addiction for years to come. We can only pray that they and their moms get the help they need.