Their Baby Was Ill And Wasting Away, Which They Would’ve Known If They Ever Held Her

According to the medical examiner, Tayla died from exhaustion caused by neglect. She was also starving to death, wearing clothes meant for a three-month-old, had a severe rash around her genitals, and had influenza, E. coli, the start of pneumonia, and bacteria linked to skin infections. Despite all these medical issues, Tayla’s parents never took her to a doctor. Her own father even refused to hold her, stating, “I don’t hold little kids. There’s no law that I have to hold my daughter.”

It isn’t hard to see why Tayla was so sick when considering the awful conditions at their Loxahatchee, Florida, home. Investigators say that the odor of urine and feces was everywhere, coupled with feces on the wall, which Kristen blamed on her 10 children and pet dogs. Foot-high piles of clothes were also found throughout the house.

After being arrested for the death of their daughter, Kristen and Alejandro were charged with first-degree murder, aggravated child abuse, and cruelty to animals. They face the death penalty if convicted. 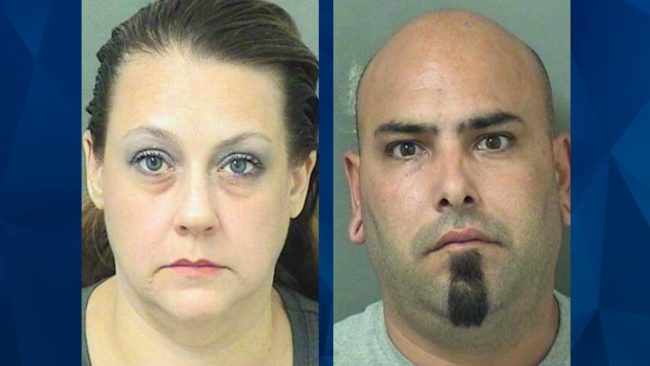 In interviews with police, Kristen claimed that she never had problems feeding Tayla. In the video below, Alejandro says he’s “very confused” about why he’s being charged with murder.

Read More: A Neighbor Was Suspicious Of This Mom. What They Found In A Drug House Is Sickening.

Since Tayla’s death, her siblings have been in the custody of the Florida Department of Children and Families. Share if you’re shocked at the level of cruelty their parents are capable of.