When Brady Allen strapped a GoPro to his helmet and recorded his trip home from a visit to Denver, Colorado, he captured a scene that could’ve very easily been fatal.

While riding through Sedalia on his motorcycle, he saw the driver ahead losing control of his vehicle. Just seconds later, he witnessed the SUV nearly flipping over.

Allen knew something was wrong when the SUV started swerving into the wrong lane. 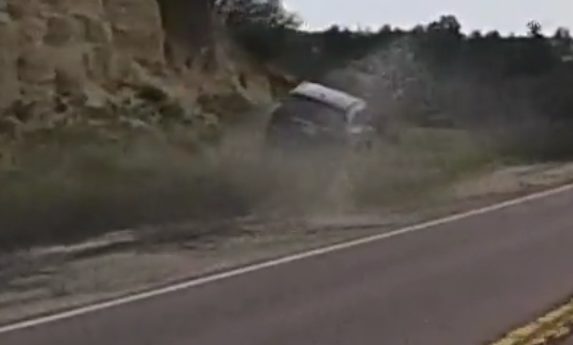 …and came seriously close to flipping upside down. 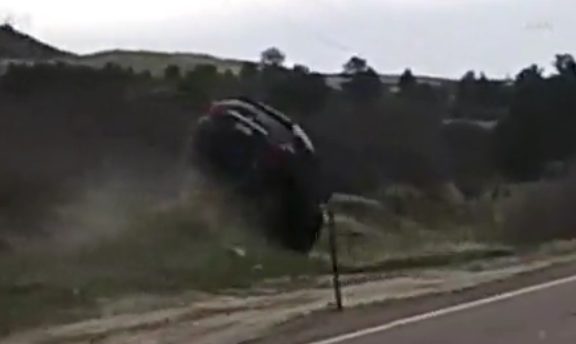 Watch below as Allen stops and rushes to the man’s aid after the terrifying incident. The driver had apparently passed out and didn’t remember what happened.

Allen says “there was nothing leading up to this, he wasn’t driving strangely beforehand or anything to indicate something strange going on, which is why I was so confused.” The man is currently being evaluated to find out what made him lose consciousness, but a heart condition is believed to be the cause.