She Seems Like An Average Little Girl, But Take A Closer Look At Her Abdomen

When it comes to protecting our hearts, our bodies are pretty amazing.

It’s what keeps the blood pumping through our veins, so we have this amazing protective shield called the rib cage to keep our hearts safe. It’s basic anatomy that we take for granted because most of us have it. But the reality is that there are conditions out there that can turn these simple realities on their heads. For the families who are affected, everything can change in an instant.

When one little girl in Russia was born with a beating heart outside of her body, doctors thought there was no way she would be able to survive it. Here’s how she’s proving them wrong.

Virsaviya Borun (who goes by the name Bathsheba) was born with a rare condition called Pentalogy of Cantrell, and she was born with her heart outside of her body. More than 90 percent of babies born with this condition die, but Bathsheba has beaten the odds and survived even when doctors didn’t believe she would. She’s now eight years old, going to school, and having a relatively normal life apart from her medical issues. 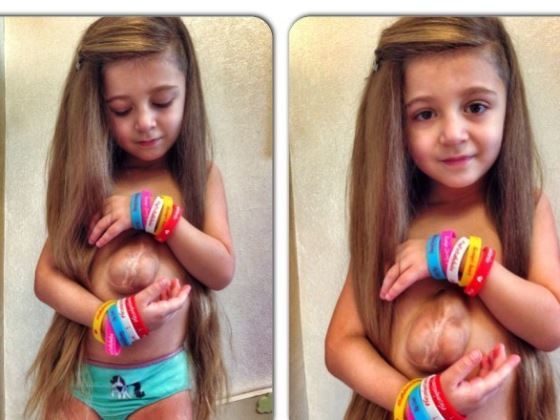 Pentalogy of Cantrell stops the rib cage from growing, leaving the heart exposed, covered by only a thin layer of skin. The prevalence of the condition may be as low as 1/200,000 births, and it really is a miracle that Bathsheba has survived her early childhood. Most patients die of tachyarrhythmias, bradycardia, low blood pressure, rupture of the diverticulum, or heart failure.

Bathsheba’s mother moved her to the United States after realizing that doctors in Russia were not familiar enough with the condition to treat her properly. After asking many doctors, one at Boston’s Children’s Hospital has agreed to treat her. Unfortunately, the surgeries needed so she will no longer have to wear a protective plate under her clothes are too dangerous. 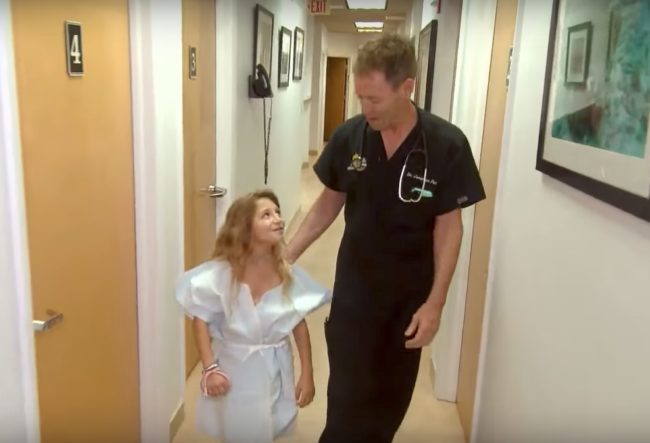 She is continuing to get treatments, and the hope is that by taking medication and lowering her blood pressure, she will someday be able to get corrective surgery. Her family is raising money on YouCaring to help offset the enormous medical costs that Bathsheba’s mother is handling all on her own. Their support network in Russia raised over $100,000, but the costs continue to increase. 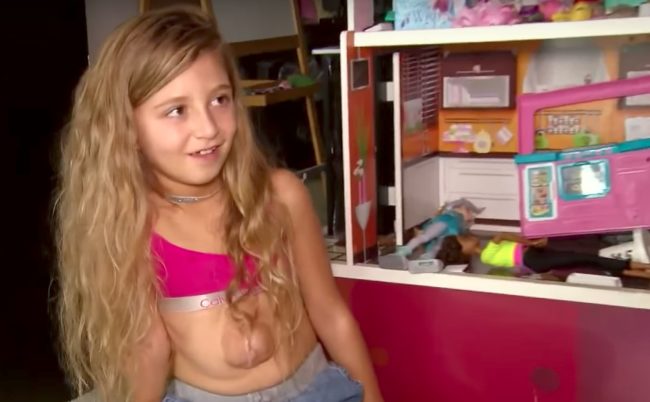 Learn more about this incredible tale of survival in the video below, and you’ll be able to see why this miraculous little girl managed to capture the heart of her interviewer, too.

I’m so glad I know about this strong little girl. Her story is so inspiring. No matter how tough things get, this is a reminder to keep on fighting. You just might beat the odds, too.