She Was Used For Breeding Then Thrown Away Like Trash, But She’s So Happy Now!

Heartbreaking as it is, some people only see animals as a commodity to abuse and exploit, then abandon when they’re deemed of no further use.

Such is the case for all mother dogs stuck in puppy mills, living in filthy conditions and giving birth over and over until their bodies can’t handle any more. Though it isn’t known whether Perla the Labrador retriever came from such a place, it was clear to the people who make up Hope for Paws that she’d been used for breeding then left to fend for herself on the streets.

When the animal rescue organization received a call about the abandoned pup, they drove out to find her. Other people had tried to catch her beforehand but didn’t have any luck.

They first found her sleeping on the sidewalk and made their move to snag the unsuspecting pup. 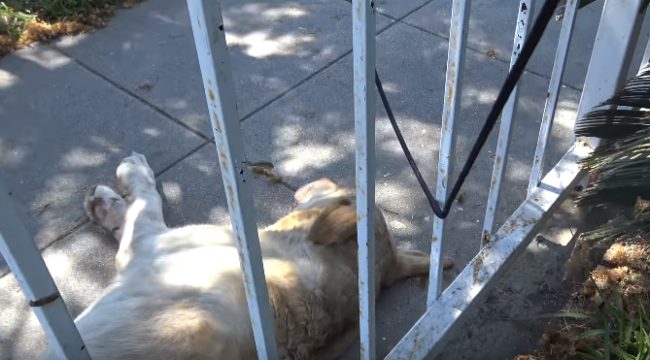 However, she was too fast and evaded them several times. 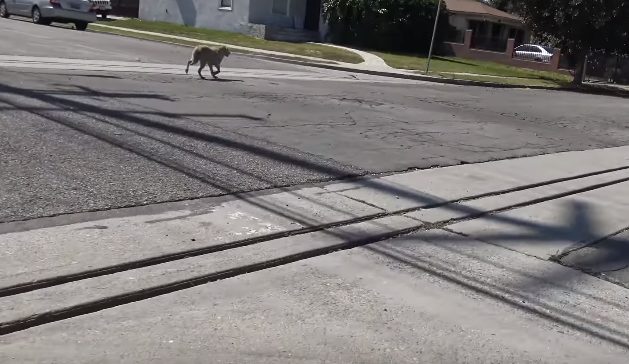 Finally, they managed to catch up to her where she was hiding underneath a trailer. She was clearly terrified, but she didn’t have to be for much longer! 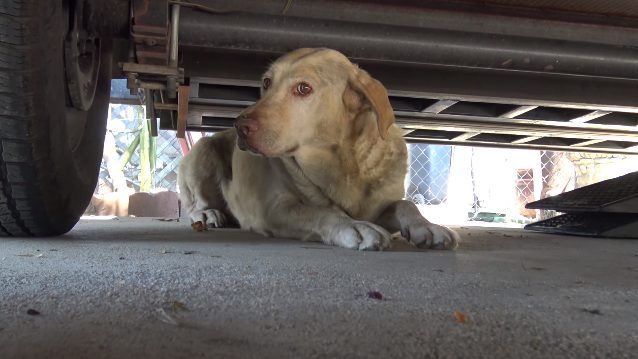 In time, she learned these humans were only trying to help her, not hurt her. 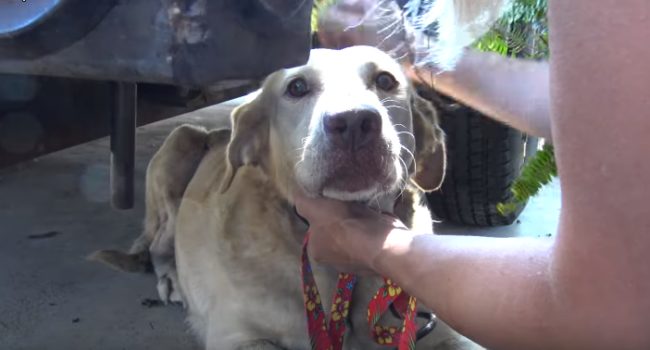 Watch her entire rescue below to see how she’s doing now!

Sweet Perla deserves her wonderful new home after everything she’s been through, as do all dogs. Help this amazing organization save more lives by donating here.