There’s A Tree In Philly That’s Been To The Moon And Back (Well, Sort Of)

Back in 1971, NASA astronaut Stuart Roosa set out on the Apollo 14 mission, becoming one of the 24 people to travel to the Moon. On the trip, he brought along 500 tree seeds as a favor to the U.S. Forest Service.

The agency, for which Roosa had previously served as a firefighter, had wondered about how being in space would affect tree seeds — namely, whether they’d be able to germinate back on Earth. The Apollo 14 mission presented itself as the perfect opportunity to test it out, so they took advantage and asked for Roosa’s help. He was more than happy to participate in their experiment, bringing seeds from five different types of trees into orbit with him. Many would later grow into “Moon trees.”

After the mission, nearly all of the seeds germinated back at the Forest Service stations in Mississippi and California. Most of the seedlings were then sent to state forestry organizations to be planted as part of the 1976 Bicentennial celebration, but some made their way to the White House, Brazil, Switzerland, and the Emperor of Japan.

NASA and the Forest Service planted the first Moon tree in Philadelphia’s Washington Square in 1975.

Unfortunately, the sycamore didn’t survive very long and died in 2011. 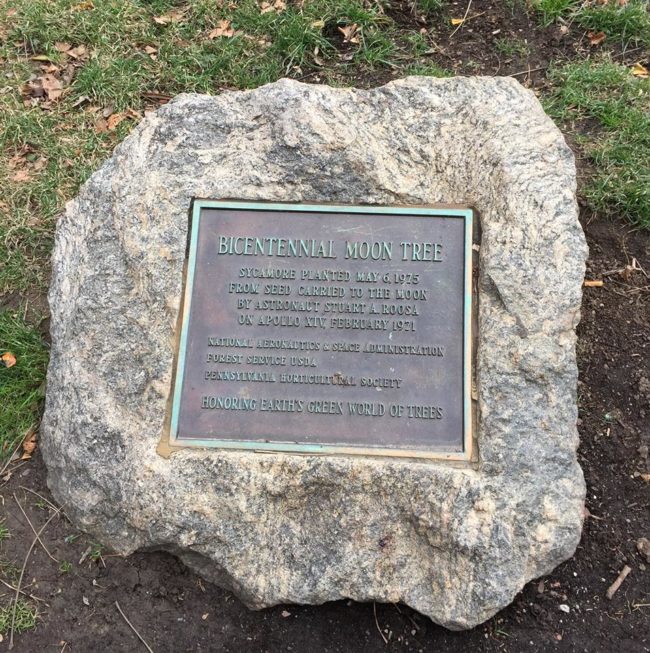 But a new seedling cloned from the dead tree’s clippings was planted in its place soon after, successfully growing into the tree that stands there today. 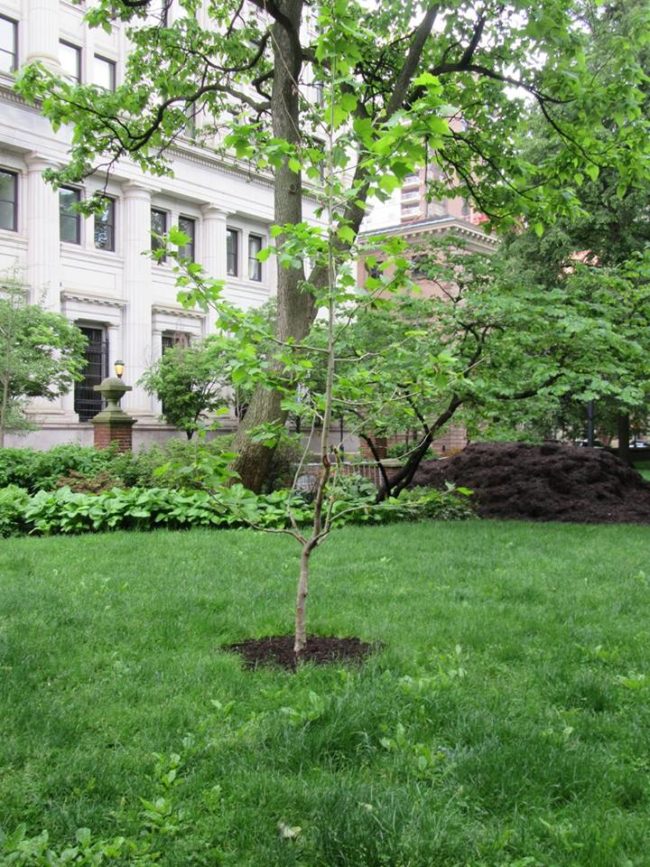 This and a number of other Moon trees can still be visited around the U.S. Pretty cool, right? 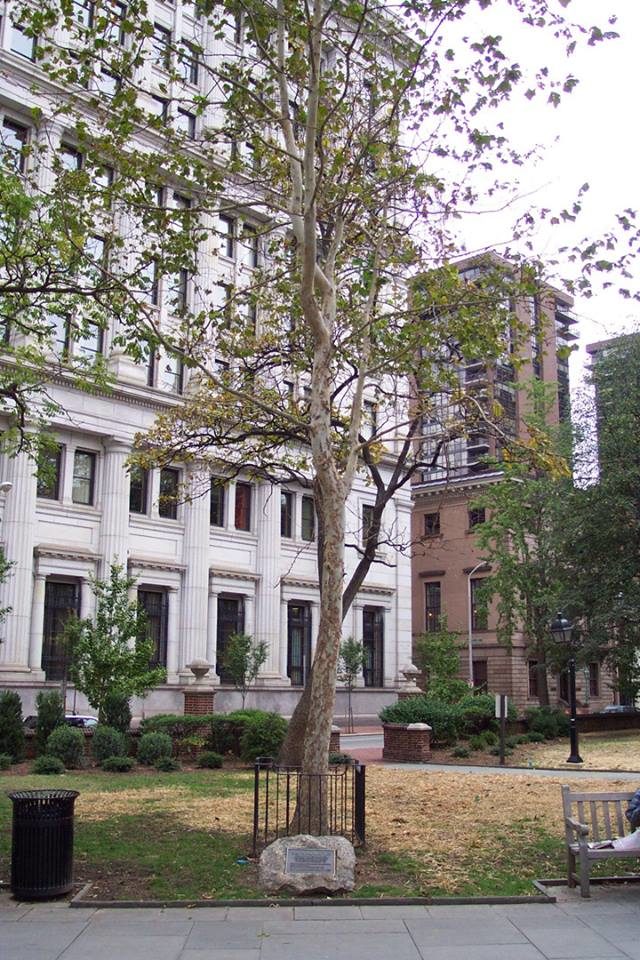 The next time I’m in Philly, I’ll definitely have to visit Washington Square and see this awesome piece of history for myself. For a list of other Moon tree locations, click here.