They Thought They’d Get Their Dog With This Game, But It Didn’t Go Quite As Planned

“Pie Face” is a game many families have a blast playing with each other, and in this case, they even like to let their dogs in on the fun.

A family from Alberta, Canada, thought it would be pretty hilarious to make their Boston Terrier, Jack, play and get nailed in the face with whipped cream — but it turned out even funnier than expected.

One girl held Jack in place as she started turning the handle. 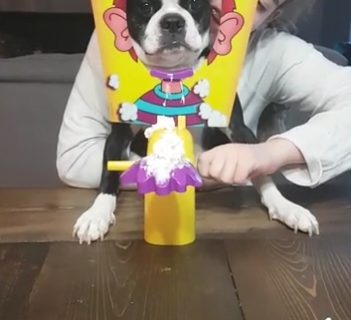 Little did Jack know that his face would soon be covered in cream…or so his family thought. 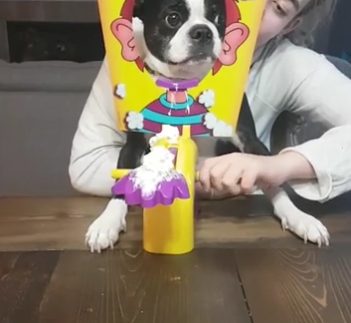 Watch as the doggo deftly avoids being in the line of fire!

Something tells me Jack wouldn’t have minded at all if he was hit by the delicious cream. Maybe next time, buddy.