Applying to colleges is a stressful experience, especially when it comes to writing those dreaded essays that are supposed to prove whether you’re a good enough fit for the school of your choice. No pressure, right?

While it’s pretty safe to say that not many people particularly enjoy writing them, one teen from Brentwood, Tennessee, must have had a lot of fun with hers, because she chose to write about how much she loves pizza — and it landed her an acceptance letter from an Ivy League school.

When she applied to Yale University, Carolina Williams decided there was no better topic to write about than her favorite cheesy meal. 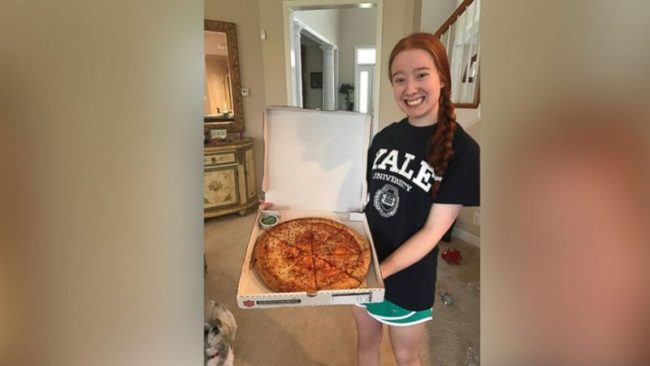 So when asked in the application to write about something she loves to do, she described ordering pizza from Papa John’s in this short paragraph.

The admissions office must have been impressed by her dedication to pizza, because she got in! 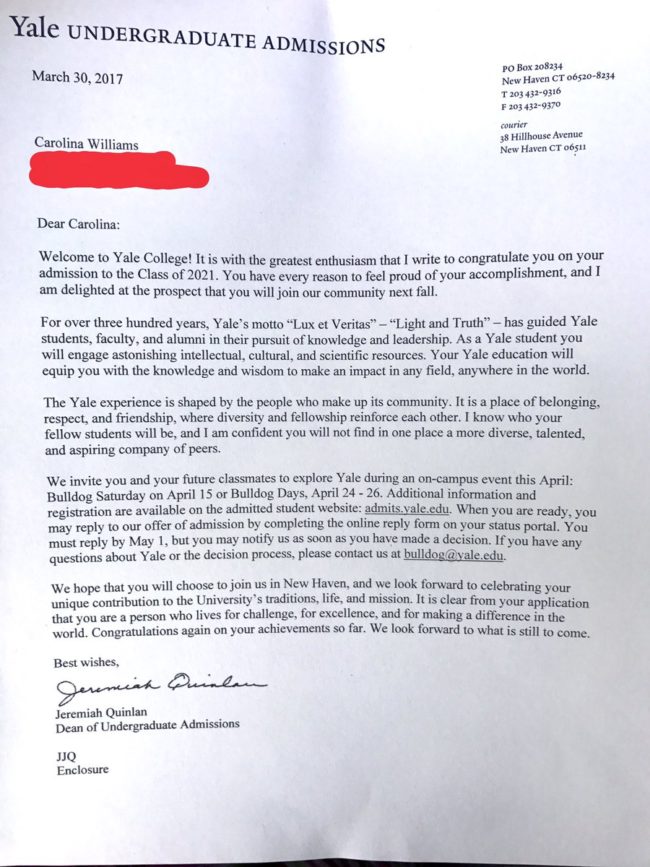 Her essay was certainly memorable, as evidenced by the messages she received from people working in admissions. 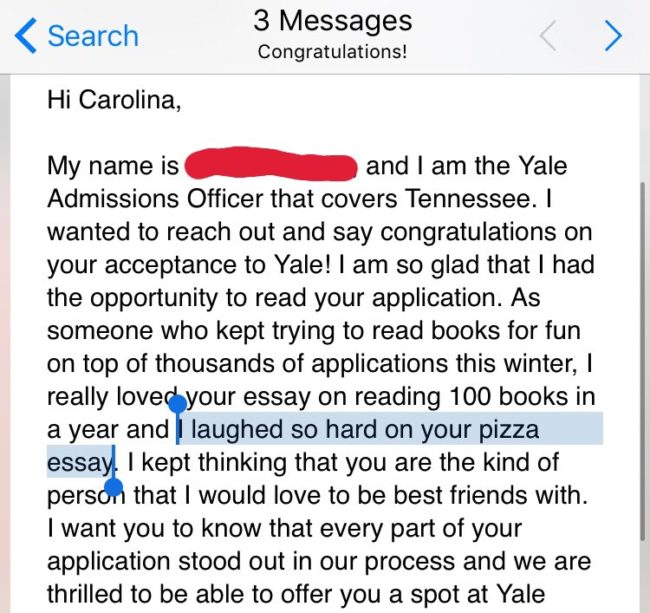 One person was even inspired to order a pizza after reading it!

But it got even better for Carolina. After she tweeted Papa John’s to let them know that her essay about their pizza got her into Yale, the company wrote back… 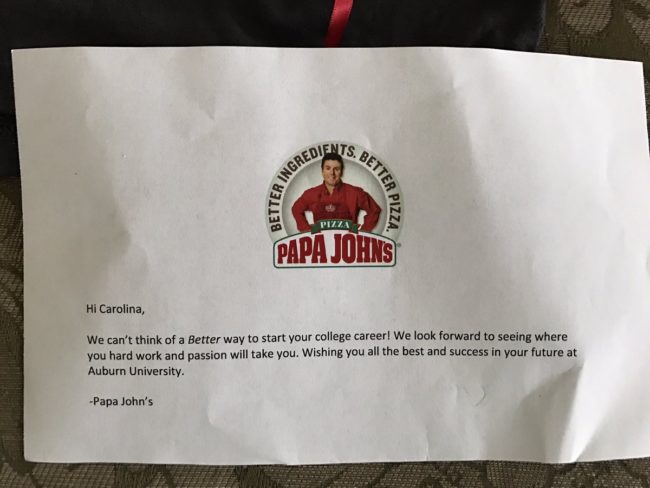 …and hooked her up with free pizza for a year, one free pizza party at her dorm, and all this sweet merchandise! 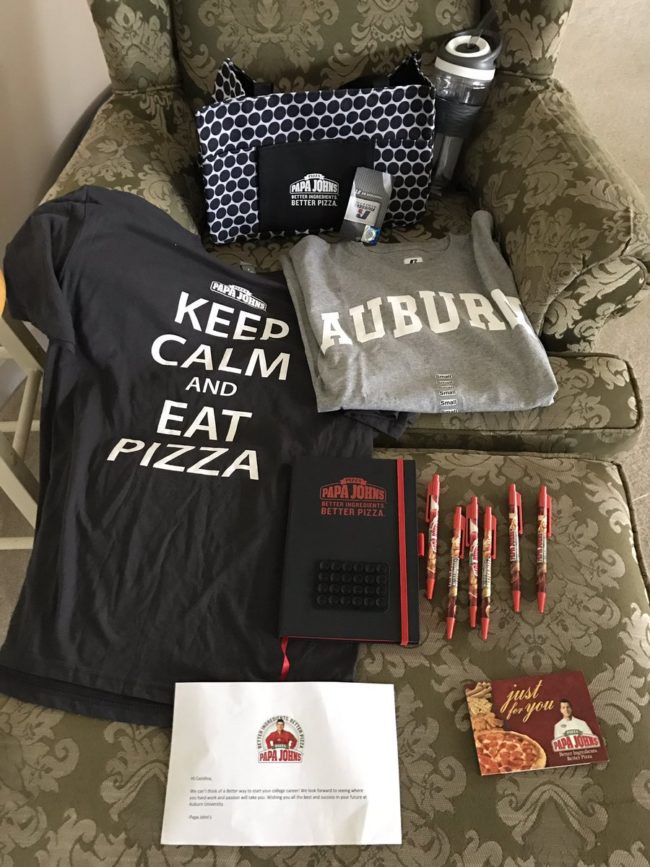 Papa John himself even congratulated her in the personal message below.

Though Carolina ultimately decided to attend Auburn University, it must have been a huge honor that her love of pizza got her into such a prestigious school. Share if you wish all college essays were as fun to write as hers!