In my town, there are a lot of cyclists out on the roads.

It’s a bike-friendly city, so there are often bike tours and cycling events for both amateurs and professionals. I’m used to seeing people all decked out in their helmets and other gear flying down the road.

People who are serious about cycling really get into the sport, and they usually have their eyes on the road, or the goal they’re trying to reach. One group of cyclists got quite the shock, however, when they found themselves in an unexpected race.

A man fully dressed as a priest (who may or may not actually have been a religious teacher) suddenly came up beside them. 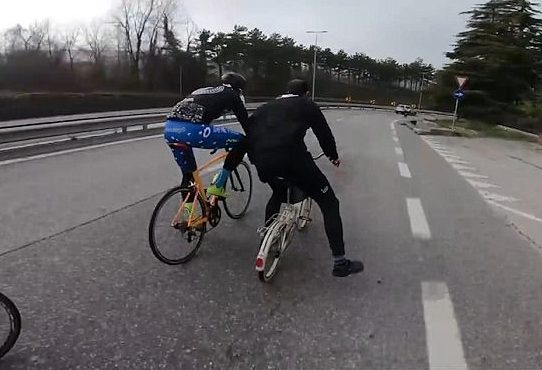 In addition to being dressed for the wrong occasion, he was also riding a casual bicycle that doesn’t really stand up to racing speeds. 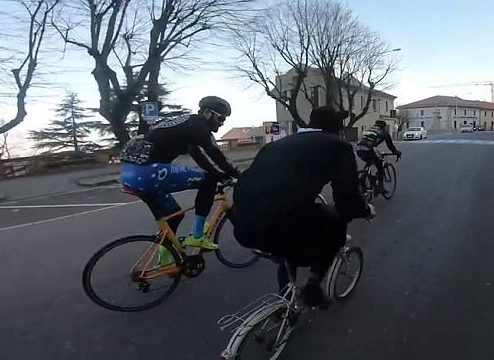 Still, he began to overtake the cyclists, starting a downhill race in the meantime. 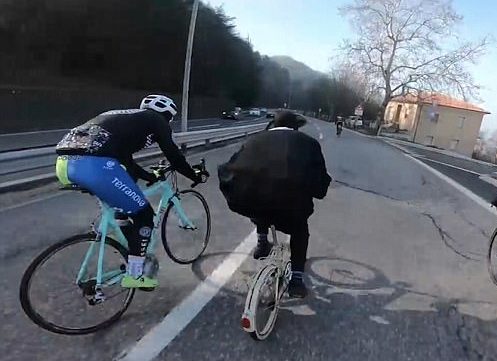 This just looks so weird. Check out his funny antics below!

Too funny! I’d love to see him cycling on a bigger stage. Get this guy to the Olympics, stat!