They Thought They Were Getting Away With Slacking Off. Then The Professor Did This.

College is a great time in people’s lives, when they grow and mature, expand their knowledge, and pretend like they’re taking notes while messing around on their laptops in class.

Most of us who’ve attended college in recent years have to admit that we did this at one point or another because let’s be real — lectures can get seriously boring sometimes. But while we all think that we get away with a little non-educational internet browsing, there are professors who know all too well what we’re doing.Some don’t really care, but others get completely fed up with it, like this University of Michigan instructor.

After an entire semester of witnessing students doing everything but taking notes on their computers, the professor decided to get them back by showing them a Powerpoint slide of everything they were caught doing — and it’s pretty damn hilarious.

Some of these are just wrong. 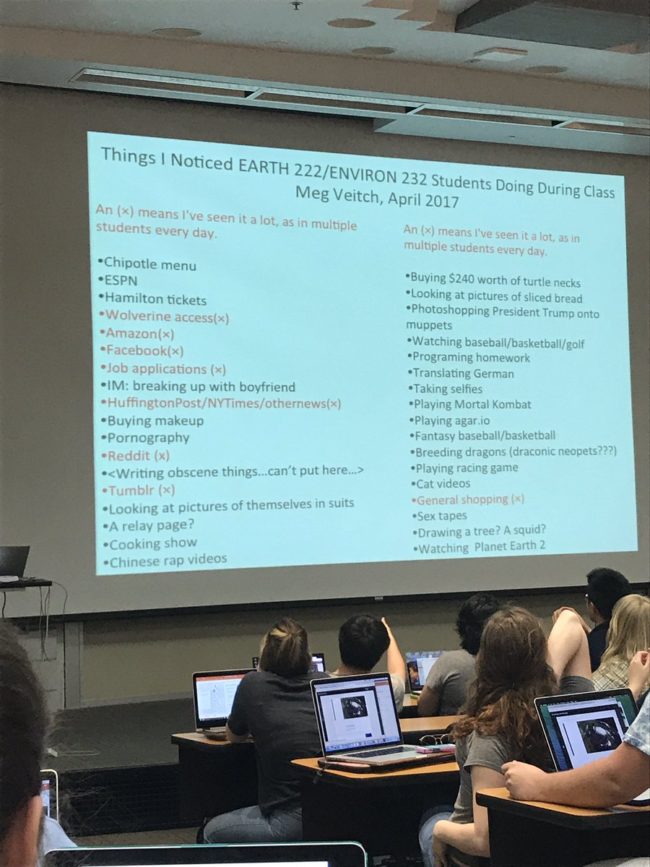 Here’s a transcript of the Powerpoint slide. Wow.

An (x) means I’ve seen it a lot, as in multiple students every day.

Ah, how I miss the good old days of being a college student — though I never had any professors as funny as this! Be sure to share if you’ve ever been guilty of doing any of these during class!