She Punched Her Son So Hard She Broke Her Hand. Then She Posted About It Online.

There is never an excuse for violence against a child.

This is pretty much a universally agreed upon standard that we hold ourselves to. But what would you do if you saw evidence of abuse on one of your social media timelines?

Let’s say someone posts a photo of their hand beaten up and possibly broken. When someone asks what happened, the person nonchalantly responds that they punched their 12-year-old. Well, that’s exactly what happened to friends of Jen Cazares on Instagram.

Jen originally posted the photo with just the caption, “When you let your anger get the best of you.” 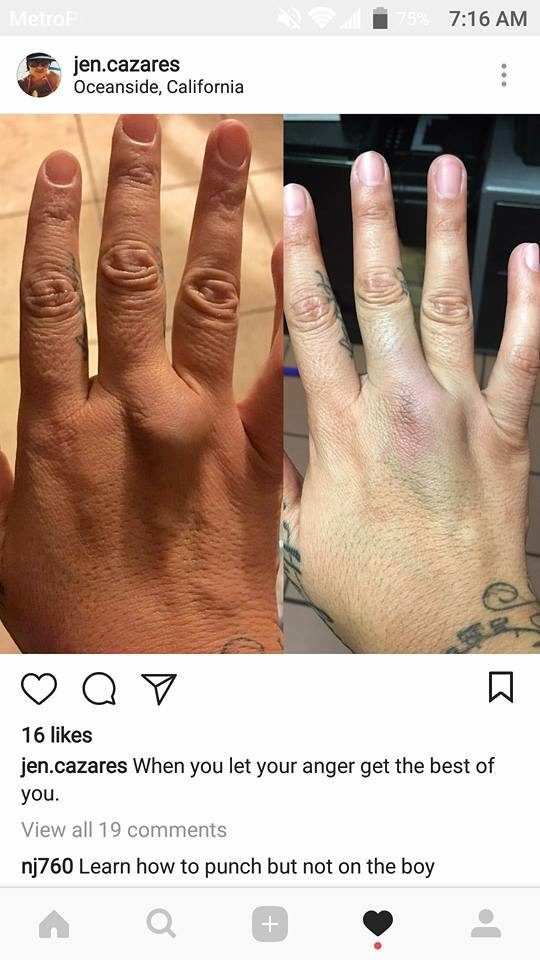 When someone asked if she “punched a house down,” she responded, “no just my 12 year old. Lol.” She then says she “need[s] to be more constructive” and that the boy “challenged” her. 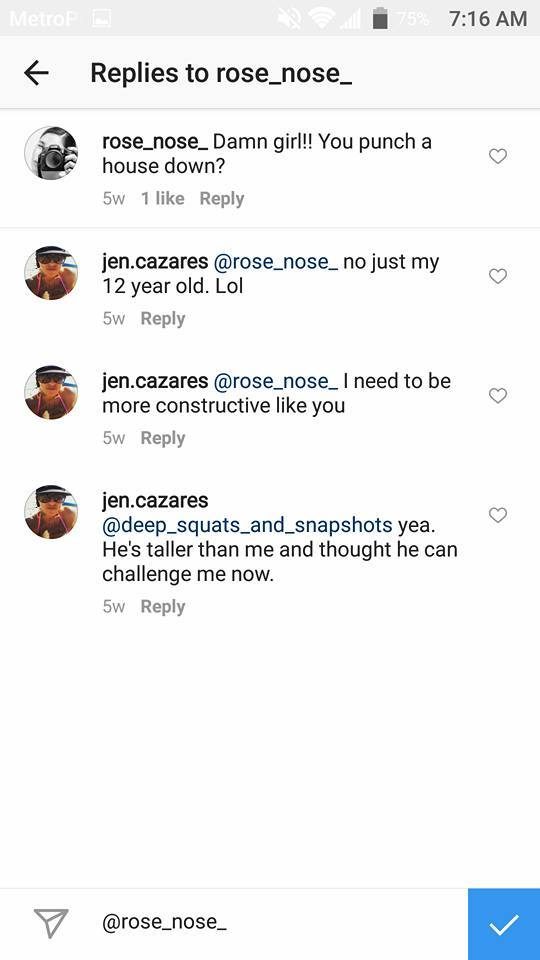 For the most part, people seemed unconcerned. One person said, “Learn how to punch but not on the boy.” 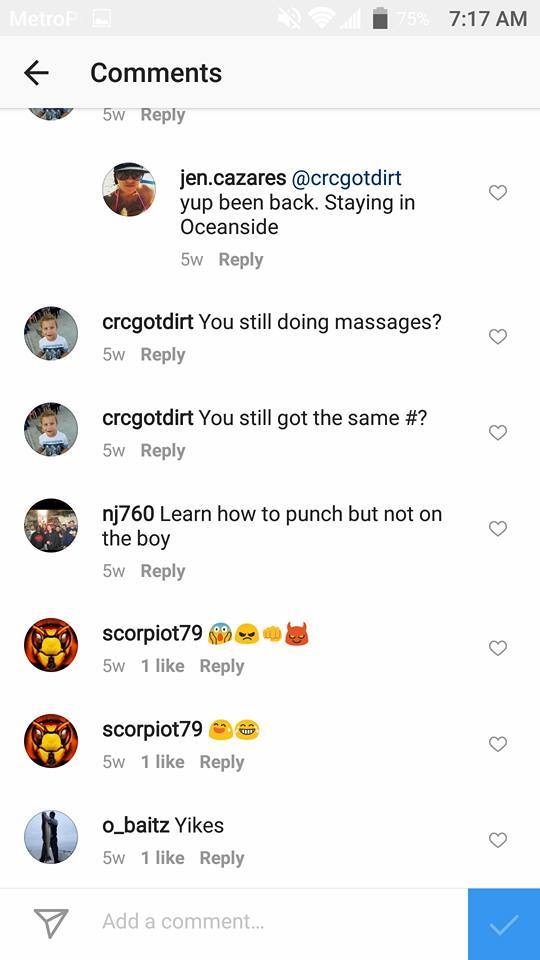 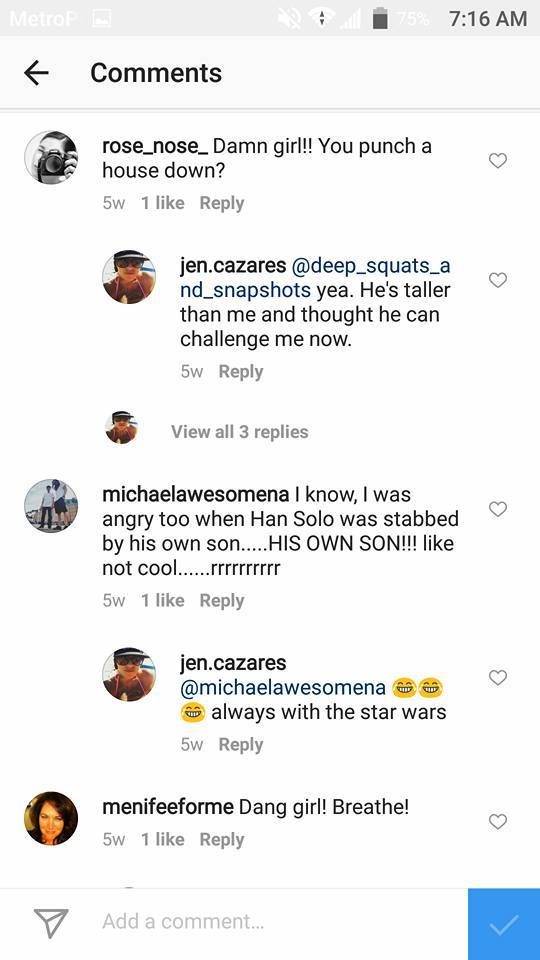 While her Instagram and Facebook profiles are private, concerned people everywhere were able to contact police in Oceanside, California, where it appears she lives. Here’s hoping that if her injury actually resulted from child abuse that she is swiftly punished. There’s just no excuse for this.