When Katherine Owens and Chelsey McEntire were on their way to go fishing on March 19 when they came across a horrific sight just outside of Hominy in Osage County, Oklahoma.

They found almost an entire litter of tiny puppies that had been cruelly shot to death and left in a ditch.Only one of them was still alive, surrounded by her five other siblings that had died.The Osage County Sheriff’s Office says they’ve found those responsible for these senseless killings, but that they can’t release any more information until the investigation is complete.

The surviving puppy, Linda, is now being bottle-fed and cared for by Owens and McEntire, who plan to keep her. 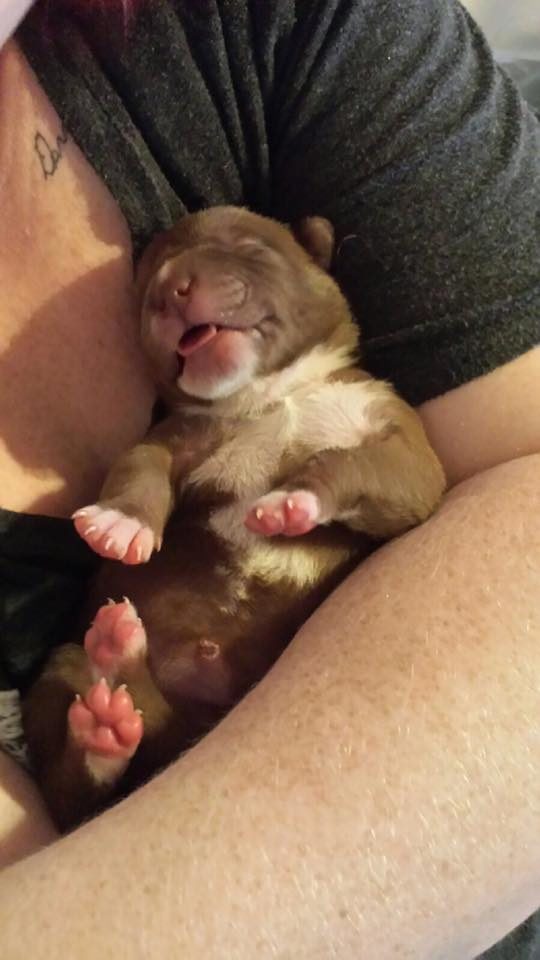 For more information on this heartbreaking story, watch the video below.

Read More: She Saw A Scared Dog Sitting Alone. The Sign She Found Next To Him Broke Her Heart

How somebody could ever hurt or kill innocent animals — especially babies — is completely beyond me.Share if you hope these awful people get the punishment they deserve and never have a chance to do this again.