On April 24, a police officer had one of the scariest run-ins he’s ever experienced with two seriously dangerous criminals on the run in Belfast, Maine.

A woman had opened her garage and witnessed a truly horrifying sight — bloodthirsty beasts were viciously tearing into her cat…food. Officer Daniel Fitzpatrick bravely responded to the call and put his life on the line to bring what turned out to be two pygmy goats to justice.Then this adorable encounter took place.

The darling little critters, whose names are Louis and Mowgli, had apparently escaped from their home and taken to the streets that day. 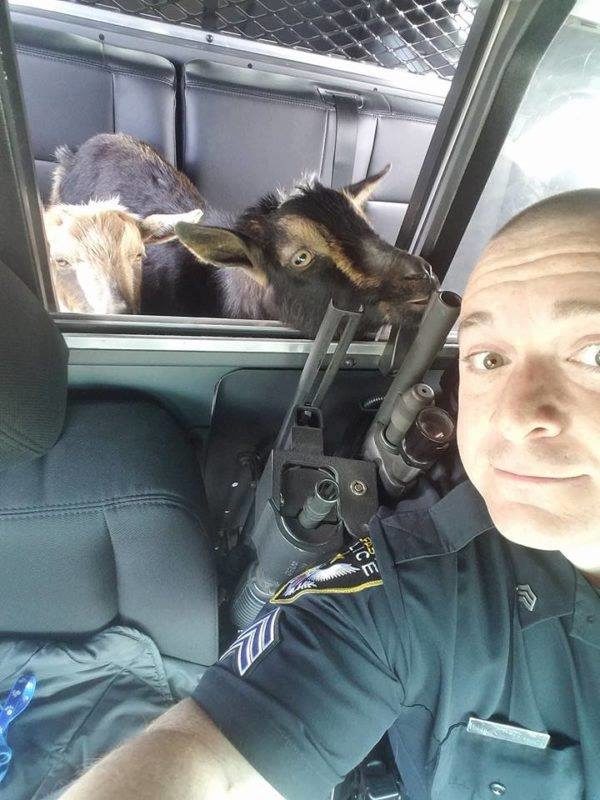 Being the fine officer that he is, Fitzpatrick took them on a ride in his squad car and drove around looking for their owner. 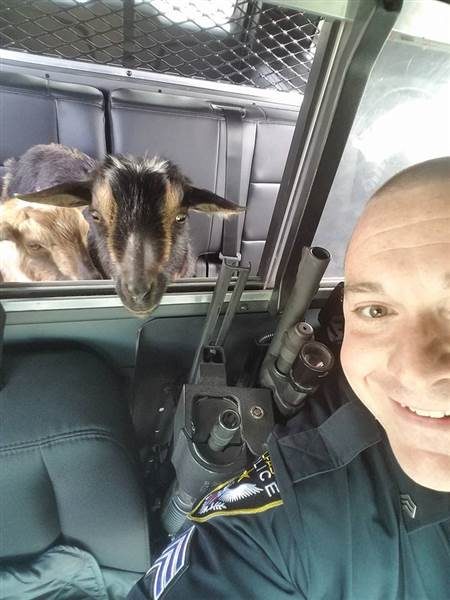 In the meantime, Louis and Mowgli had a blast cruising around and eating carrots and celery.Thug life, indeed. 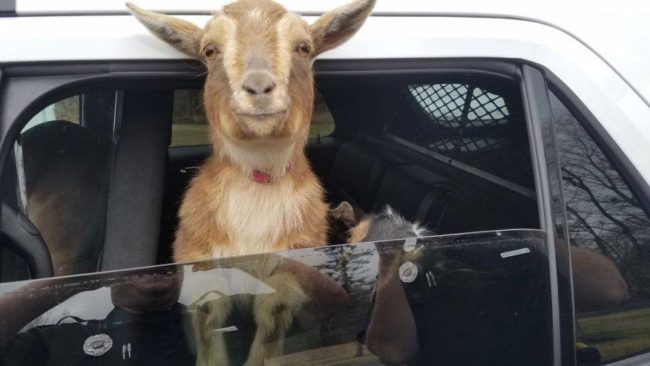 He eventually reunited them with their owner when the person’s daughter came across his Facebook post about them, but I think it’s safe to say he’s going to miss his furry fugitives.He even mentioned adding patrol goats to the police budget! 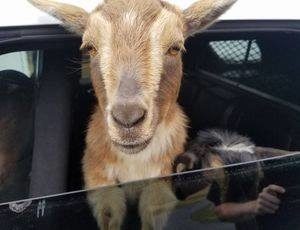 Read More: They Thought She Couldn’t Talk. Then She Met A Four-Legged Friend And Said This.

Let’s just hope that these two don’t get loose again anytime soon.Who knows what they’re capable of?Be sure to share these cuties with others if you’d love running into them.