He Posted A Photo Of A Dead Rattlesnake Online. Here’s The Horrifying Reason Why.

Texas country singer Kevin Fowler has no problem with killing any rattlesnakes that cross his path, and he wants others to do the same.

In 2015, he immediately killed one when he found it hiding in his shed because he wasn’t prepared to take any chances with the critter.It’s very easy to accidentally step on them, and though their bites are rarely fatal, they can be very dangerous without antivenom and proper medical treatment.It can destroy tissue, stop blood from clotting, and in some cases, cause severe paralysis.

That’s why Fowler shared a photo of the dead snake, along with grisly examples of what its venom can do.You’ll want to prepare yourself for the graphic images below. 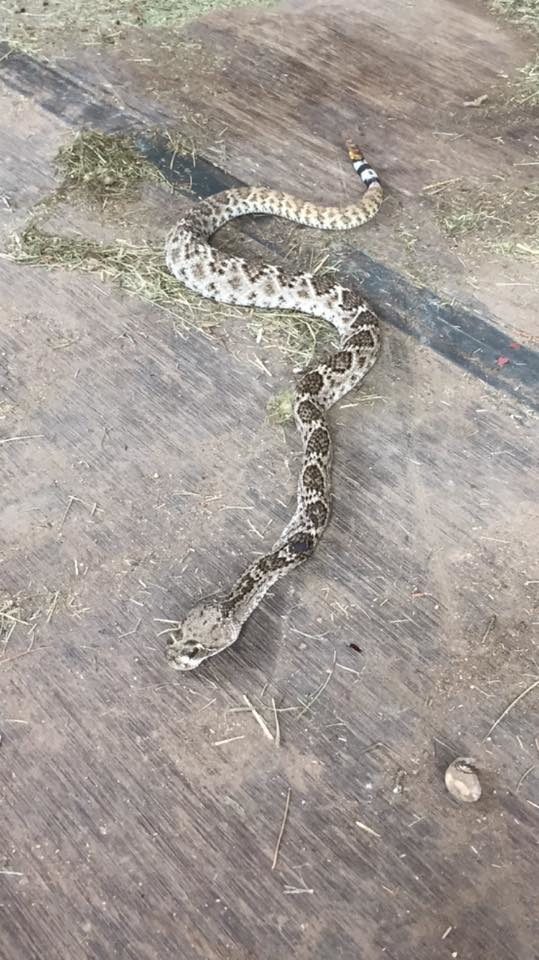 His friend Tommy was bitten by a rattlesnake, and this was the awful result. 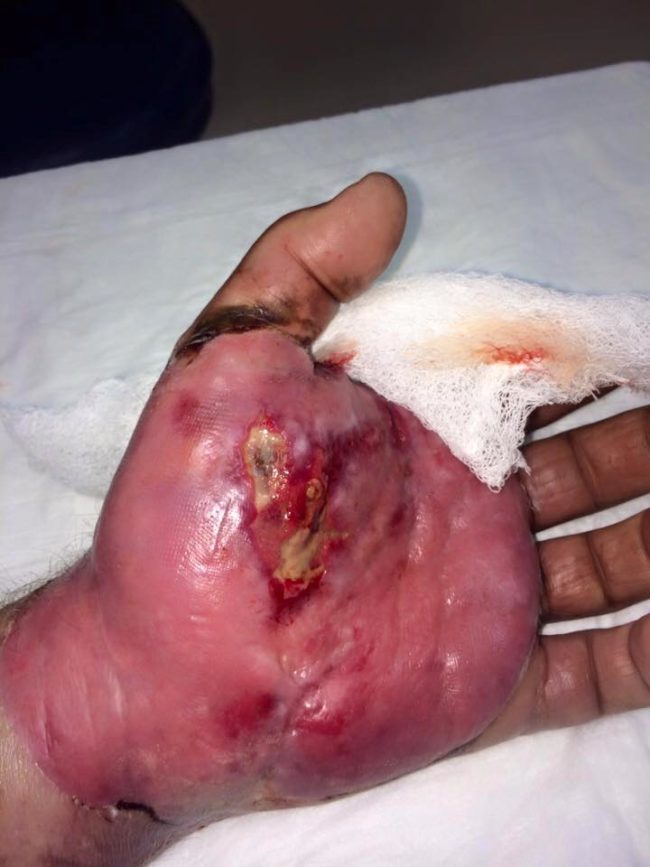 If you can believe it, his hand got even worse. A year after being bitten, Fowler says that Tommy was still getting surgeries and going through rehab. 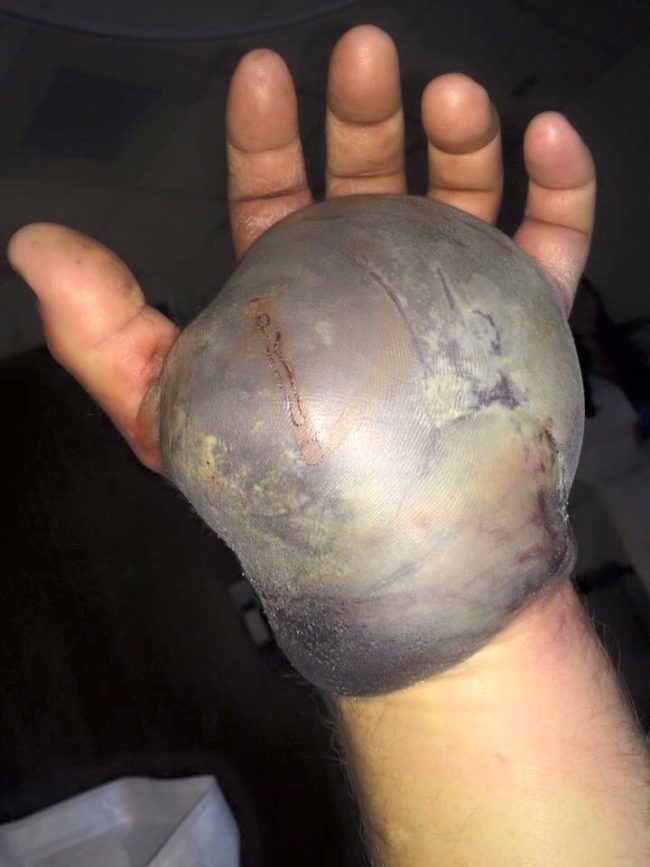 Read More: They Were Sitting In A Cafe And Saw Some Dogs. Then They Heard Shots Being Fired.

The effects of their venom are obviously horrifying, but please try to keep in mind that some species of rattlesnakes are on the endangered list due to habitat destruction, poaching, and extermination.Share this as a warning to always try to keep a healthy distance from venomous snakes!