When A Cheater Started Chatting Up A Married Woman, She Gave The Best Response

While there are a lot of people who appreciate receiving flattering messages from others, some creeps don’t know where to draw the line between being a little flirty and getting totally inappropriate.

One woman recently found herself in this uncomfortable situation after a man she’d spoken with on a few occasions over Facebook sent her a message suggesting the two go out. When she politely declined and told him she was married, he had the nerve to ask for an affair. The guy, who also has a spouse, turned out to be a jerk, but her epic response to him couldn’t have been better.

This is the comeback to end all comebacks. 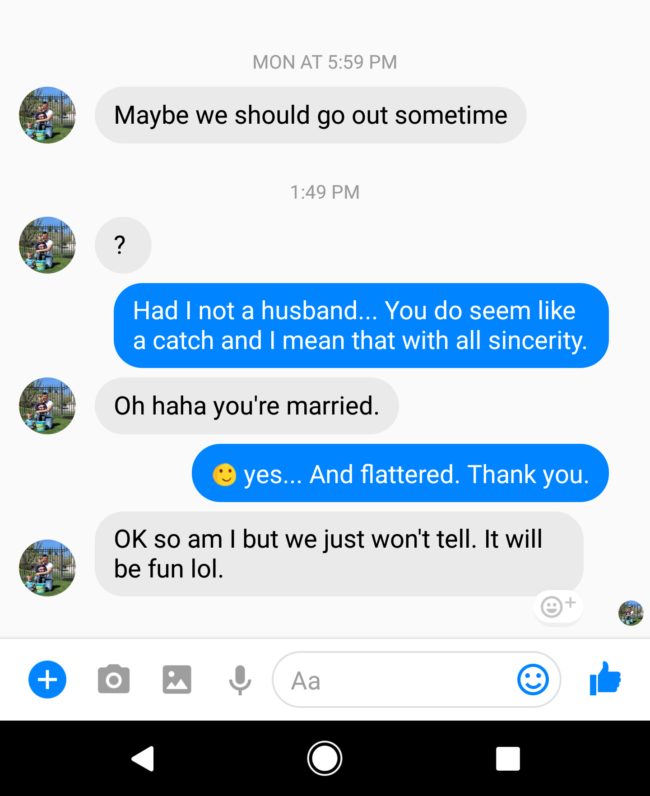 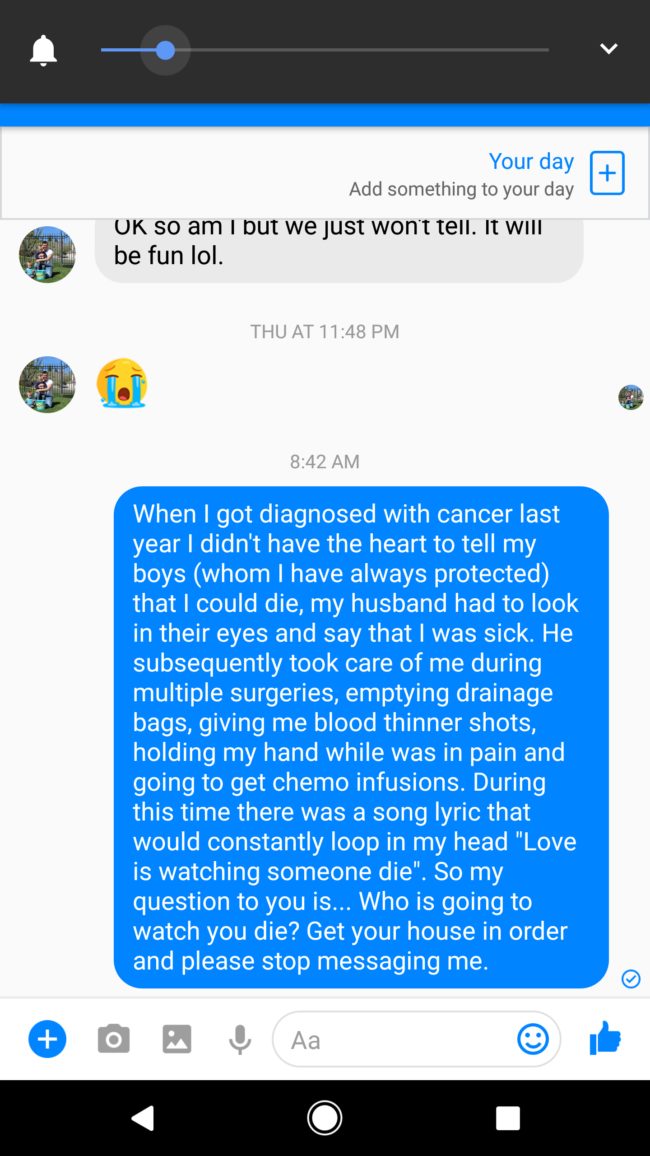 Hopefully this guy takes her advice and stops being the kind of person who sees nothing wrong with lying and cheating. Share if you think this lady should have sent the messages to his wife.