When His Aunt Asked Him To Watch Her Dog, He Wasn’t Expecting This Hilarious List

If you have pets and are like me, you don’t trust them with just anyone and always get nervous about leaving them when you’re out of town.

I always leave pretty detailed lists of what do to when family members look after my cats and dogs. It eases my anxiety about not being there with them. I’ve been told before that they’re a bit much, but they’re really nothing compared to what this hilarious lady left for her nephew.

Though Tommy Rivers was only watching his aunt’s dog, Pepper, for a day, she made sure that the dos and don’ts concerning her precious, spoiled pup were crystal clear. First, she let Tommy know (in case he wasn’t already aware) that Pepper is the most beautiful girl in the world. 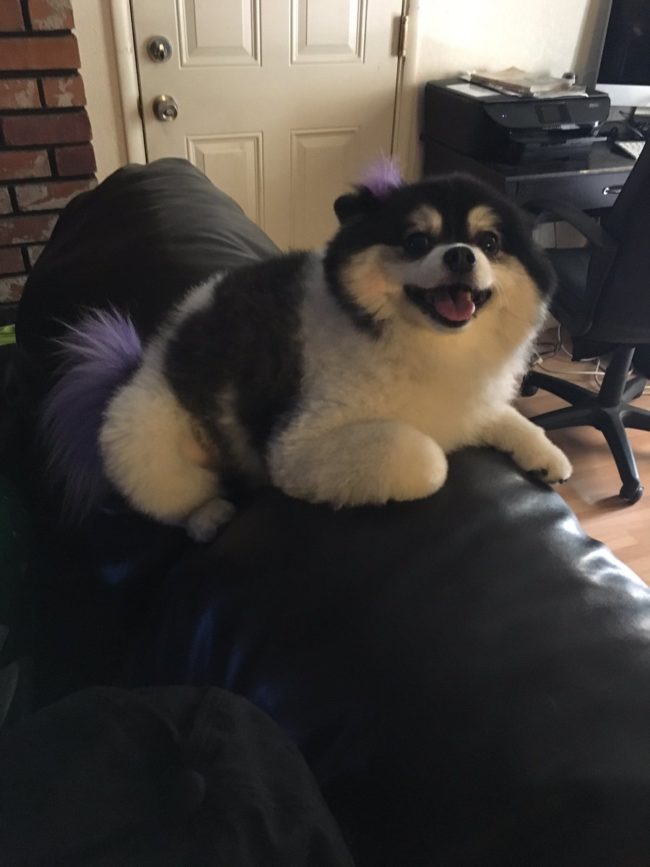 The instructions for feeding, snacks, and play time were pretty normal. Then things started changing when she listed the types of acceptable affection. Photos and FaceTime calls with her furry baby were also a must. 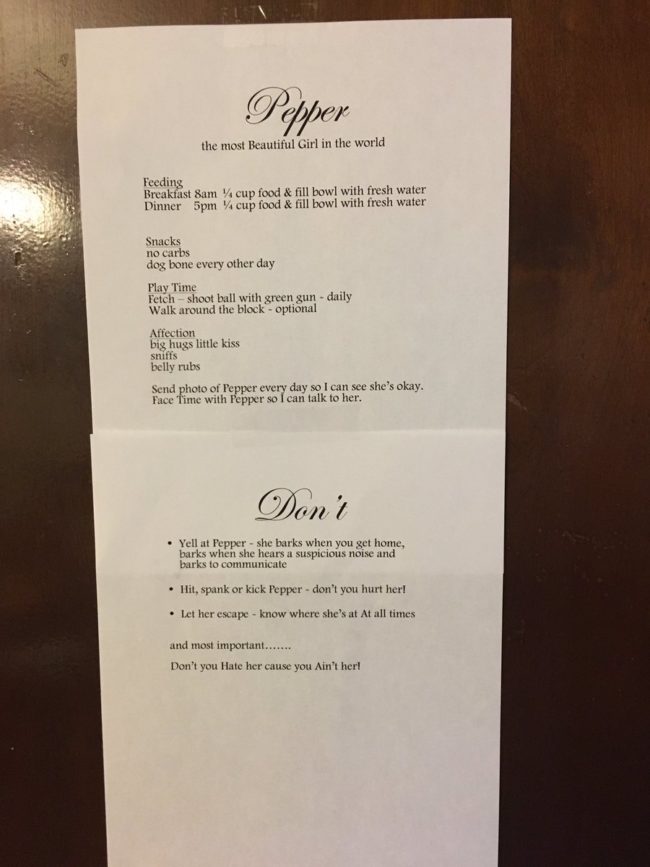 But perhaps the funniest parts of all were when she gave Tommy the warnings, “don’t you hurt her” and even better, “don’t you hate her ’cause you ain’t her!” To be fair, she is a pretty fabulous pup. 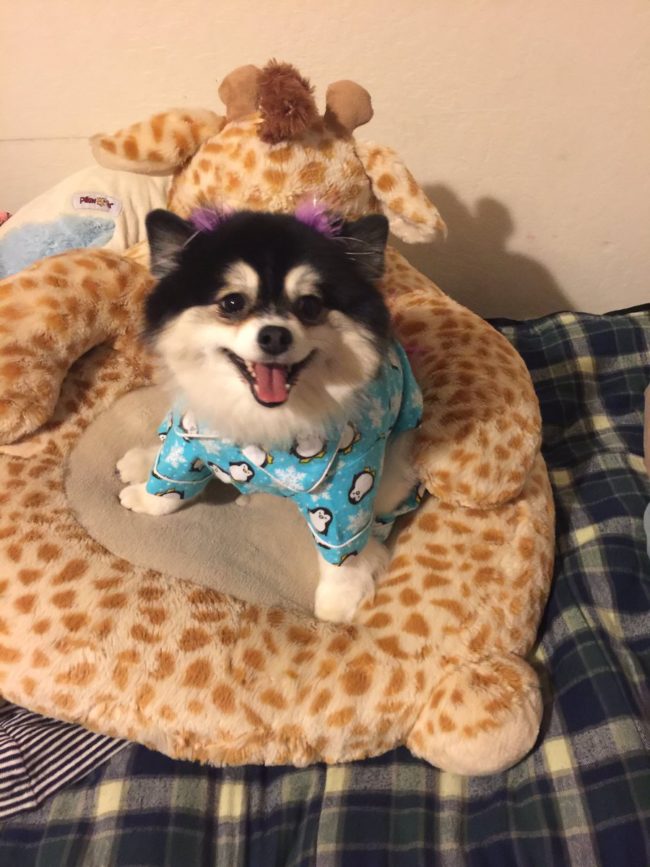 Tommy says his aunt is “too much,” but judging by the pajamas he put Pepper to bed in, it looks like he was having just as much fun pampering her himself. Share with the person in your life who also leaves super complicated and demanding lists for their pet sitters.