Just before 10:30 a.m. on April 10, police received reports of a shooting at North Park Elementary School in San Bernardino, California.

According to San Bernardino Police Chief Jarrod Burguan, 53-year-old Cedric Anderson had signed in at the front office, then walked into a special needs classroom of first through fourth graders to visit his estranged wife, 53-year-old Karen Elaine Smith, who was a teacher there. Once inside, he opened fire with a large caliber revolver “without saying anything.”Anderson ended up shooting Smith before turning the gun on himself in what appears to be a murder-suicide.Apparently, the suspect’s gun was not visible when he entered the school.

Both Anderson and Smith died on the scene.

Two students, eight-year-old Jonathan Martinez and a9-year-old boy were initially listed in critical condition at area hospitals after being wounded, but Martinez has since died. At this time, police don’t believe that the children were being targeted.They had been struck by gunfire while standing behind Smith.

“The suspect had come to the classroom to visit the adult female,” said San Bernardino Police Captain Ron Maass. “We think the two children were unfortunate recipients of injuries.”Their parents have reportedly been notified. 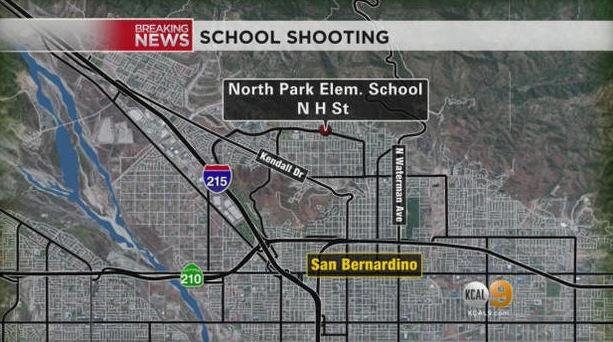 The other students were evacuated to the nearby Cajon High School to be reunited with their parents, who were understandably terrified.

Anderson’s motive isn’t clear, but a “domestic dispute” is thought to have led to the attack.

Chief Jarrod Burguan‏ says police believe there is no longer any threat, but the school will be closed for at least the next two days. 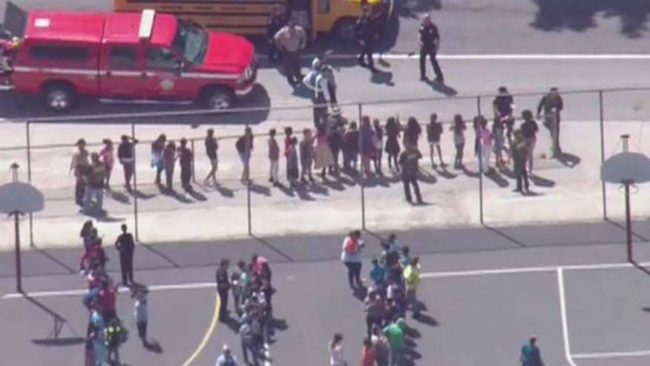 Our hearts go out to the families of the victims and the parents whose children were at the school during the shooting. For more information, click here.