When most people hear references to wild cats, their minds quickly conjure up images of ferocious lions and tigers. But these pint-sized cats are making a name for themselves all across Africa.

Known as sand cats, these cream-colored kittens are a litter all their own. Commonly found in the deserts of North Africa, sand cats are known for their thick, furry feet that help allow them to endure the harsh desert temperatures. Sand cats are also known for their ability to evade detection. Traveling in the dead of night, these creatures rarely leave any signs of life when moving across the desert. That is until now. 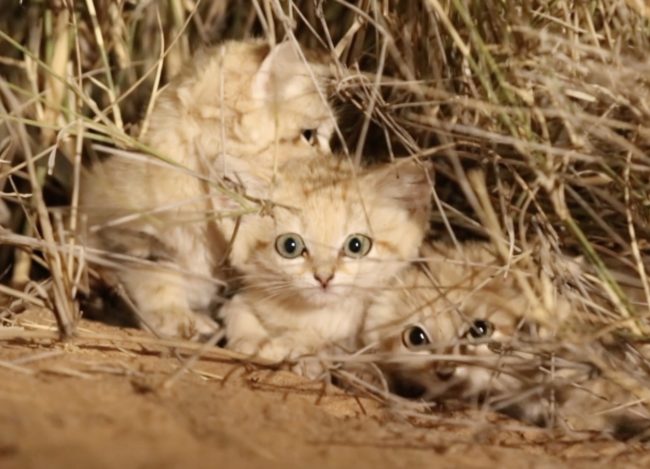 The biologists discovered three sand cats in the early hours of the morning, in what many believe to be the first sand cat sighting in the Sahara. 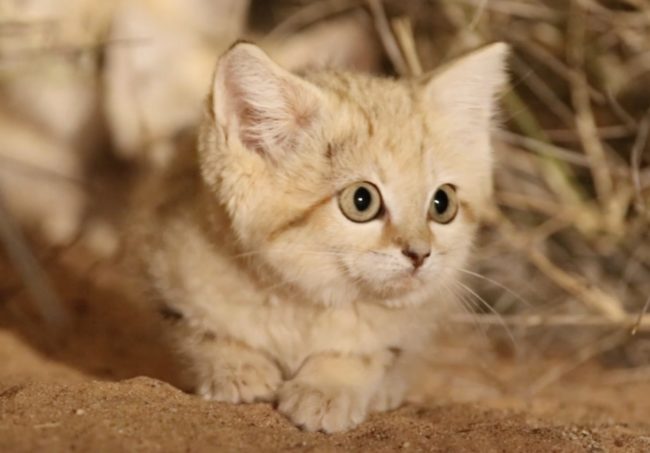 The kittens were hiding underneath a tuft of perennial grass. 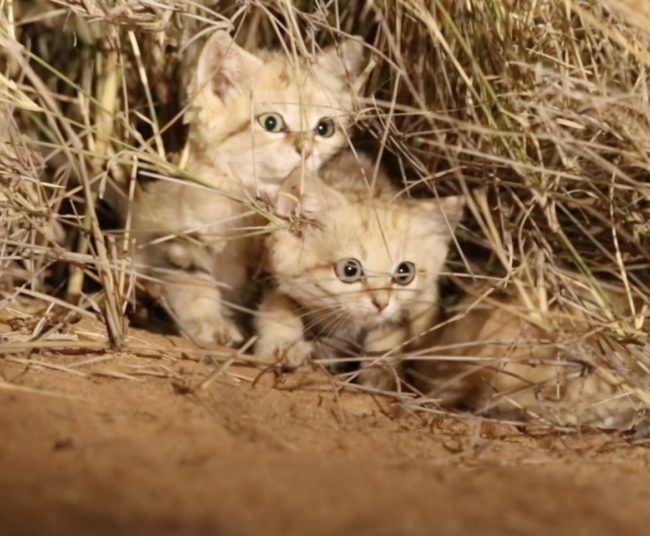 The footage from the biologists also showed unbelievably close detail of the kittens’ appearance. Sand cats have broader faces and much larger ears than your traditional domestic cat. 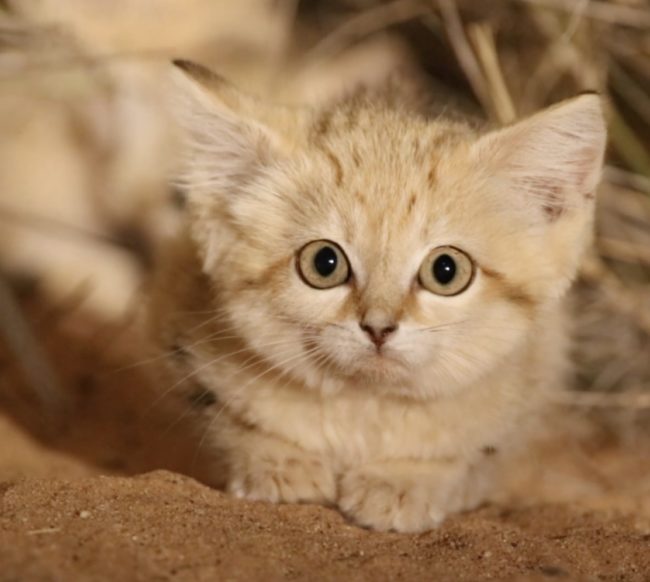 While the discovery of the cats in their natural environment is an exciting find, the researchers have issued a warning that these cats are wild and should be left that way. 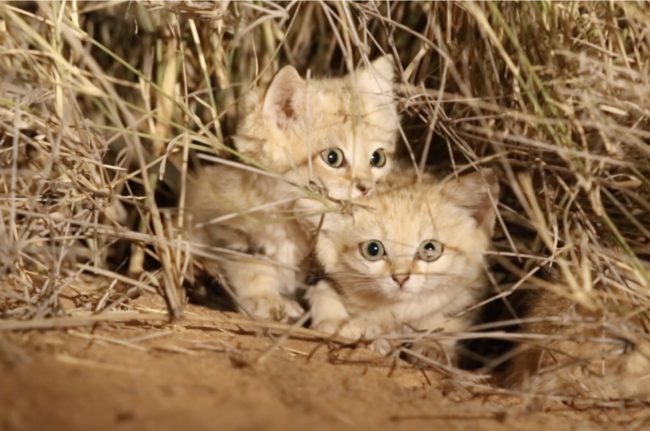 Learn more about these rarely seen cuties in the video below.

And if that wasn’t enough sand cat cuteness, check out this up-close and personal footage of the researchers’ latest discovery.

It’s a good thing these adorable critters live in the desert, otherwise I’d want to take them home and keep them all to myself. So precious!