Satanism is a real belief system practiced in the world. In reality, it’s just another harmless religion. However, this religion (like all other major religions) has led followers to commit some truly heinous and brutal crimes. These 10 notorious crimes were committed by Satanists all over the world, and they are truly shocking. 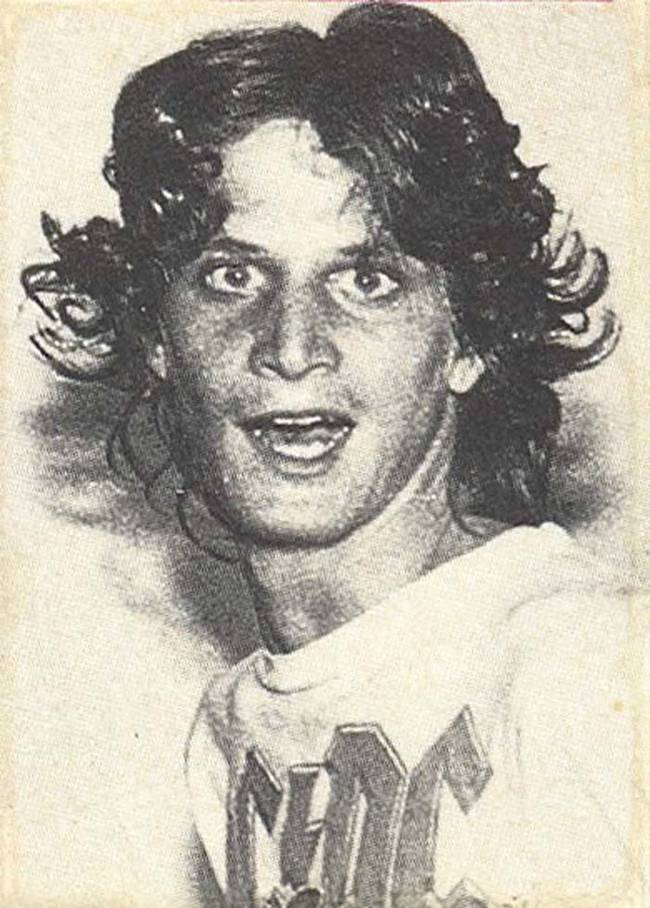 Ricky Kasso wholeheartedly believed that he was acting in line with the dark lord’s will. Kasso claimed that Satan spoke to him through a black crow, ordering Kasso to murder someone. It should also be noted that Kasso struggled with drug abuse and mental illness. To perform his lord’s bidding, Kasso lured a friend, Gary Lauwers, into the woods. Kasso held a knife to his friend’s throat and ordered him to loudly announce “I love you Satan.” After Lauwers said this, Kasso killed him, gouged out his eyes, and buried him.

To appease Satan, a group of young Russian kids decided they had to step up their game and begin offering human sacrifices. The group, led by former church choirboy Nikolai Ogolobyak, lured four teenage friends into the woods. Once in the woods, the satanists stabbed each victim 666 times. They then partially ate the victims. The youngsters were arrested after human bones were found near Ogolobyak’s home. After they were arrested, group members allegedly told police “Satan will help me avoid responsibility; I made many sacrifices to him.” They also claimed, “I tried to turn to God, but it didn’t bring me any money. I prayed to Satan, and things improved.” 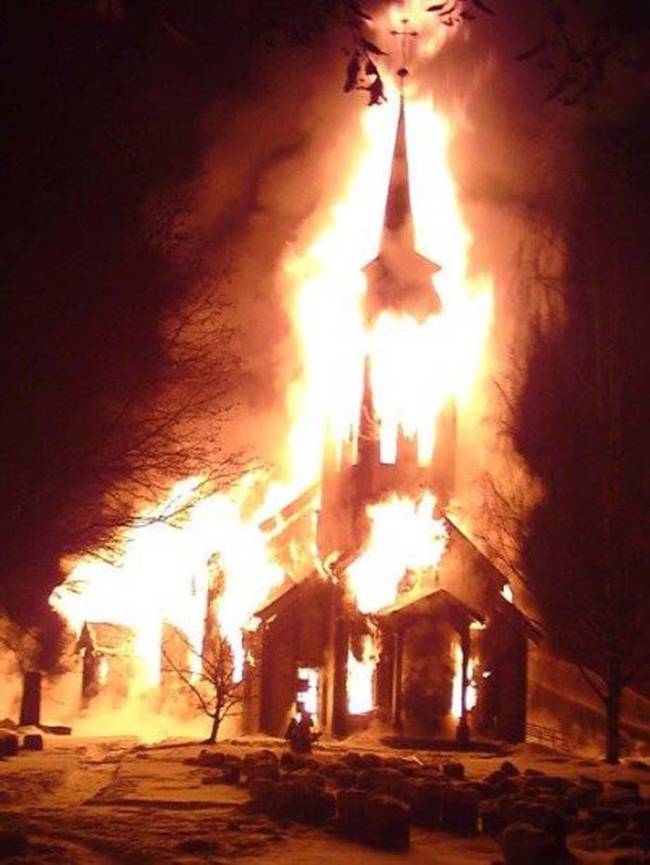 There was a spate of Catholic church burnings during the early ’90s in Norway. The perpetrators of these arsons were young satanic musicians playing in black metal bands. This was how young people vented their frustration at the Christian establishment in the country. From 1992 until 1996, more than 50 acts of arson were committed by black metal musicians and black metal fans. The most tragic was the loss of an 11th century national landmark, the Fantoft Stave Church. 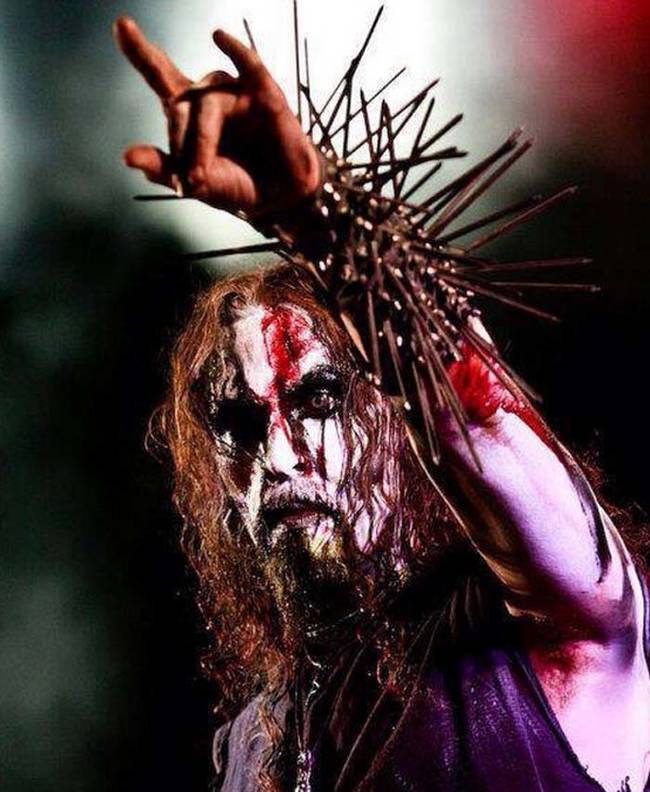 Norwegian black metal band Gorgoroth was one of the most satanic bands in history. The group’s singer Gaahl worshipped Satan and committed violent acts in his name. Gaahl was sentenced to a year in prison in 2002 for violently assaulting and torturing a stranger at a party. The stranger apparently made a move to leave the party before Gaahl allowed him to. Gaahl hit the man, tied him to a chair, and tortured him. During the torture, Gaahl collected the man’s blood in a cup saying “I’m going to sacrifice you, I’m going to drink your blood.” This has been a pattern for Gaahl, who was convicted for similar crime in 2006. The singer even showed up each time in court adorned with satanic symbols.

5. The Beasts of Satan

The Beasts of Satan were an Italian satanic cult in the late ’90s. The group was composed of friends with a love of black metal. In 1998, cult members ritually murdered two of their friends, and allegedly danced on their graves. The cult killed once again six years later. Authorities caught up to the cult in 2004, and the ringleaders each received lengthy prison sentences. 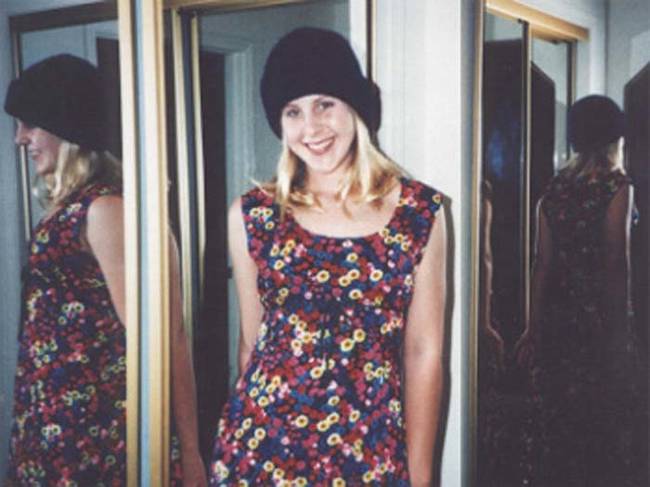 Elyse Pahler was by all accounts a teenager with a successful life ahead of her. This was until she was brutally murdered, and her corpse desecrated by members of Hatred, a fledgling Californian metal band. Three members of the band allegedly lured Pahler to their home, where they killed her and performed satanic rituals with her body. According to police, the band members repeatedly violated her body for over a year before they were finally arrested. Pahler’s family tried to sue the heavy metal band Slayer for supposedly inspiring their daughter’s killers. The suit was thrown out of court.

The Ripper Crew was composed of four serial killers. Between 1981 and 1982, the Ripper Crew stalked and murdered prostitutes in the Chicago area. The group would pick up prostitutes, bring them back to their apartment, and murder them. During the murder, one member would read from the Satanic Bible. Once the victim was dead, the crew would desecrate the corpse and eat it. 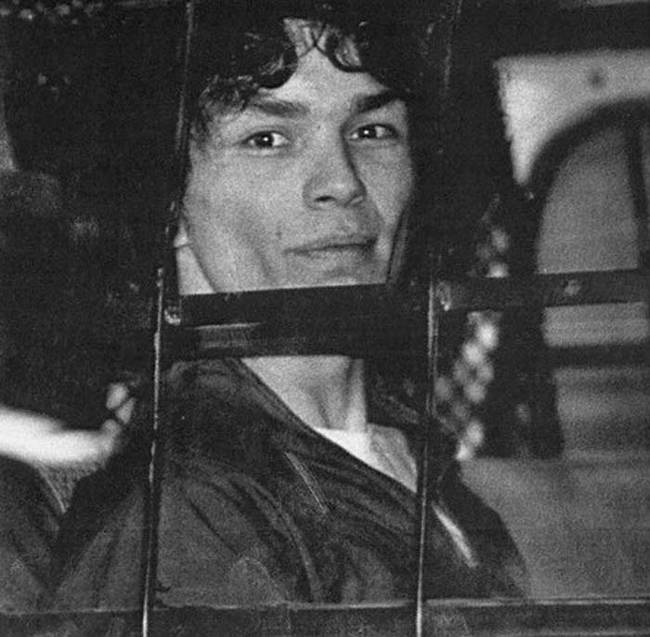 Richard Ramirez was a serial killer known as The Night Stalker. From 1984 to 1985, Ramirez terrorized the Los Angeles and San Francisco areas. Ramirez fueled panic about a satanic killer on the loose, as he often left pentagrams on his victim’s bodies and on the walls. In total, he killed 14 people using a variety of brutal and random methods. When he was finally arrested, Ramirez told police he was “a minion of Satan sent to Earth to carry out atrocities for the devil.”

Rodrigo Orias Gallardo was a black metal fan from Chile who committed one of the most heinous satanic murders in recent memory. Gallardo, a dedicated satanist, had a pentagram branded on the left side of his body and several satanic tattoos. His target was a priest by the name of Father Faustino Gazziero. Gallardo attended mass and waited until the priest was finished with services. That’s when he calmly walked up to Father Gazziero and slit his throat. Gallardo then stabbed himself several times with the same knife and smeared himself with the priest’s blood. Even stranger is the fact that Gallardo was not under the influence of any narcotics at the time. 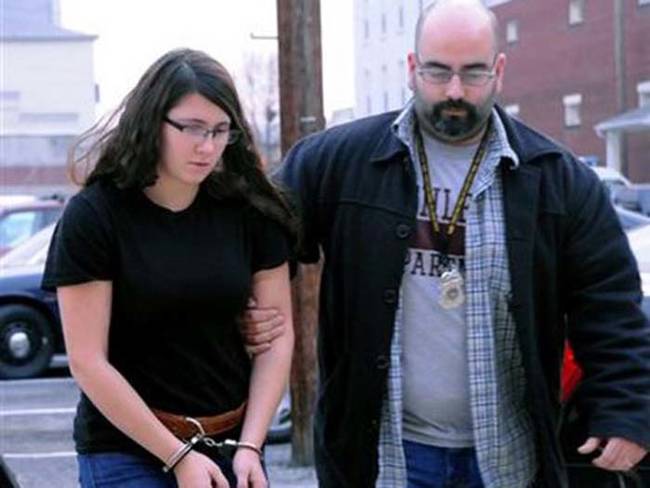 Miranda Barbour and her husband Elytte were known as the CraigsList killers. After their arrest for the brutal death of one man, Miranda began to make claims that she was a successful serial killer with 22 murders to her name. She claims that she began killing at the age of 13, and that every death was for Satan. Her family disputes this claim, but that hasn’t stopped police from investigating the alleged crimes.

There’s no doubt about how freedom of religion is a fundamental human right. When that freedom leads to savage acts of violence, then maybe it’s time to draw the line. Then again, I would not doubt for a second if many (if not all) of these killers were using Satanism to hide behind mental illness.