Earth’s oceans are always teeming with terrifying creatures of varying size and ferocity. The body of a megamouth shark, which washed up on the shores of Marigondon, Philippines, earlier this week, is only further proof of the terrors in our oceans. You’re not going to sleep for weeks once you take a good look at this beast.

Fishermen spotted the shark, which was missing its tail. They suspect it may have died after being caught in a fishing net. Megamouth sharks are notoriously large; this particular specimen was 16 feet long. 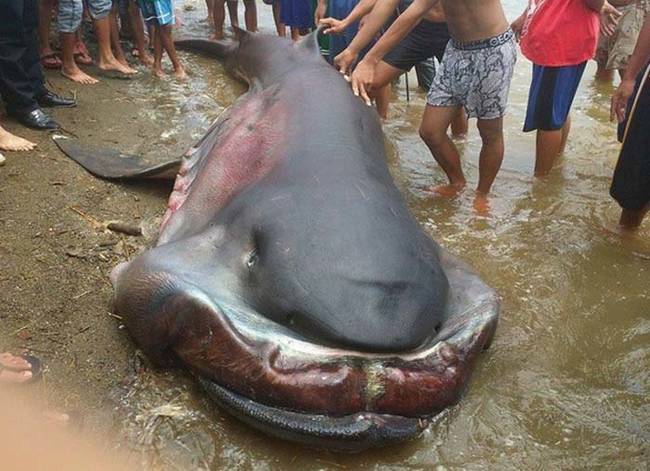 The megamouth shark is one of the rarest sharks in the world. There have only been 63 confirmed sightings in recorded history. 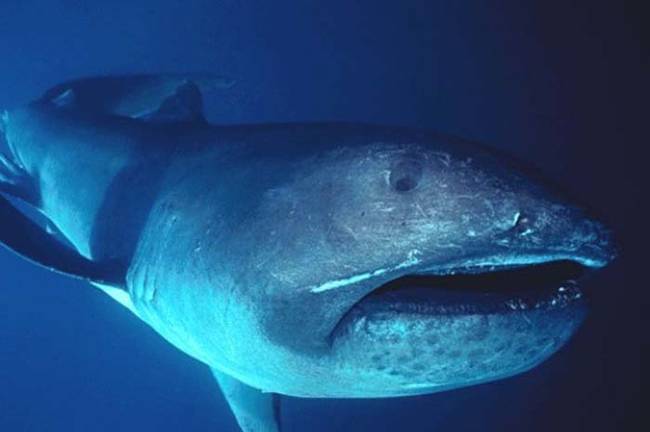 Despite their fearsome appearence, megamouth sharks are not dangerous to humans. They are known as filter feeders, meaning they filter water through their many rows of teeth for plankton and other goodies. 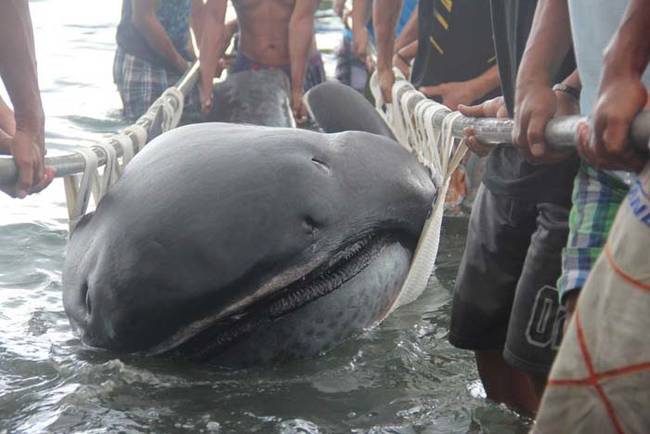 Scientists believe that megamouth sharks are mostly deep ocean dwellers. They have also been known to ascend to shallower depths during the night.

I’m glad to learn that they don’t hunt humans. They still look pretty darn terrifying. I’m not going anywhere near the water after seeing this guy.