He Went To Brush Sand Off His Legs And Noticed Hundreds Of Holes. Then He Saw Blood.

They say that everything in Australia is trying to kill you.

From the poisonous plants to the giant spiders to the surprisingly violent kangaroos, there’s plenty out there in the bush that does not have your best interests at heart. If instead you decide to spend most of your Aussie vacation out on the water, well, that might be trying to kill you, too. One teenager found out the hard way that the ocean is just as dangerous as the land when he was severely injured in a way that will make your skin crawl.

Sam Kanizay was out swimming in the ocean off a suburb of Melbourne. He came out of the water and noticed blood dripping down his feet.

At first, he thought he had slipped on a rock, but then he noticed holes in his ankles. The rush of blood just got worse, and he was rushed to the hospital. 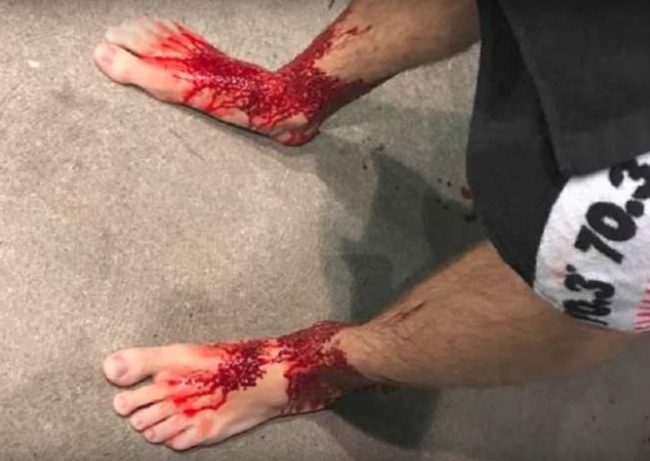 Doctors and nurses were perplexed by the creatures that bit him, concluding they may be some form of sea lice. 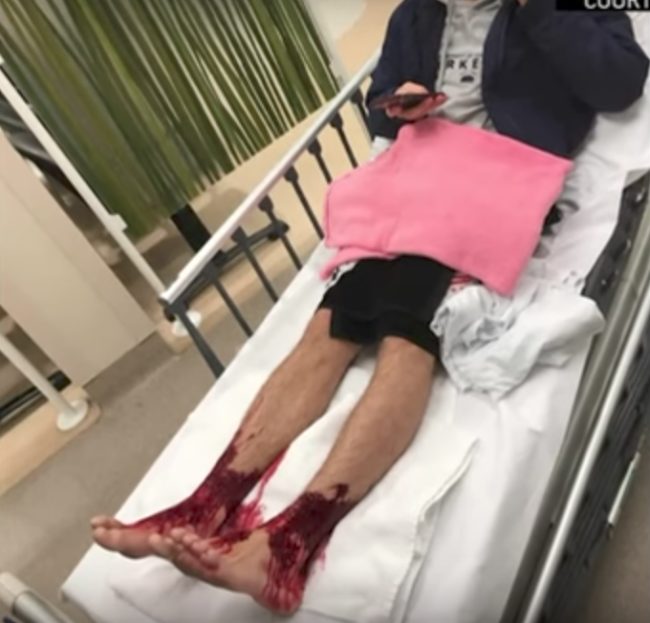 Sea lice feed on mucus, blood, and tissue of host fish, but marine biologists say they’ve never seen anything this vicious or immediate before in humans. 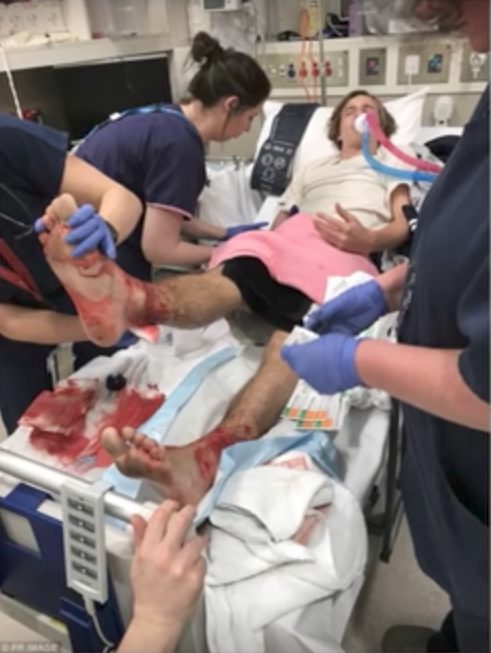 Sam was eventually released from the hospital, but not before his wounds were biopsied to ensure nothing living was still inside them. 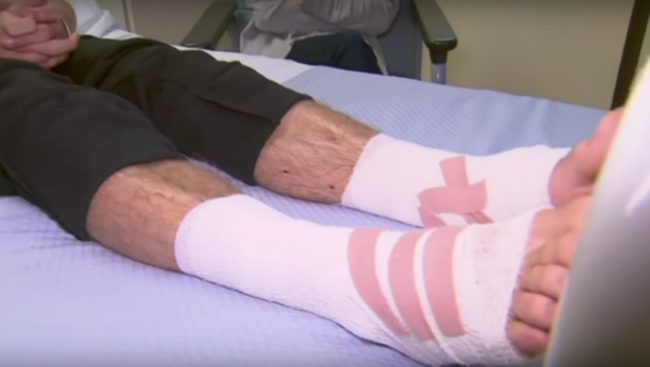 His dad, Jarrod, took some raw meat out to the spot where Sam was swimming and captured more of the creatures so they can be sent off for testing. He also caught them on video eating the meat, but be warned, it’s pretty gross.

This is so scary. I feel itchy all over just looking at them. I’m glad Sam is recovering, and here’s hoping they figure out what caused his injuries so no one else gets hurt.