If there’s one thing I’ve learned, it’s that children pick up on everything.

This includes all the cues parents send them about how they should act, and often that corresponds with gender. Girls learn early that not only should they not play with trucks or G.I. Joe, but that someday they’re expected to become mothers. And even though things have changed drastically with the economic struggles many families face, some mothers still feel pressure to stay home with their kids, even if they’d rather be working.

One mom named Lynne Polvino recently noticed some sexist stereotypes in her daughter’s homework assignment about a working mom, and instead of letting it go, she decided to rewrite the whole thing.

Interestingly, the biggest stereotype Polvino set out to correct was about an incompetent father. Often, men who are fathers aren’t treated like they’re actually able to take care of children, even though they are partners and co-parents. 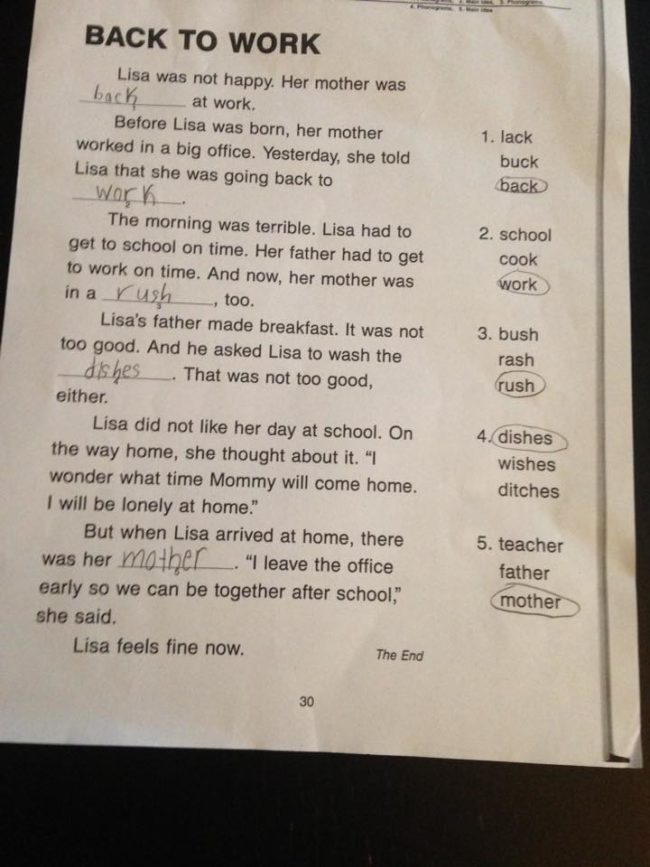 Polvino added in some benefits that sound ludicrous to us (who offers a year of paid maternity or paternity leave!?) but are actually quite common in other countries. Some accuse her of pushing an agenda on this simple fill in the blank assignment, but she just wants her daughter to know what’s possible. 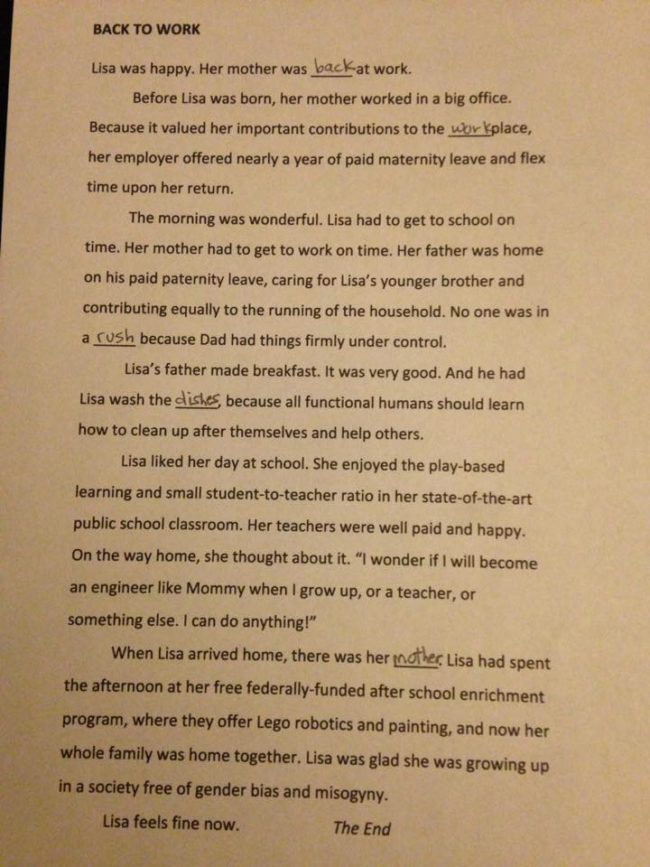 Polvino didn’t send the new assignment to school with her daughter, and she emphasized that she loves and appreciates her child’s teachers. She just wanted to set an example through her creativity. Let us know what you think of her rewrites below, and share this with other parents to get their opinions!