While many serial killers have been rightfully sentenced to death for their crimes, that’s usually where their punishment ends.

But that definitely isn’t the case when it comes to Thailand’s most notorious serial killer.If you happen to visit Bangkok, you’ll be able to get up close and personal with him, but be warned that he’s not exactly among the living.

The final resting place of child killer See Uey Sae Ung, better known as Si Quey, isn’t a coffin or urn like most other people.His disturbing remains reside inside a glass case for the world to see at the Songkran Niyomsane Forensic Medicine Museum, which is part of the Siriraj Medical Museum or “Museum of Death.”

In 1944, the Chinese immigrant moved to Thailand, where he committed absolute atrocities against defenseless children.He suffocated more than six little boys and ate their hearts and livers, believing this practice would strengthen him and even make him immortal. 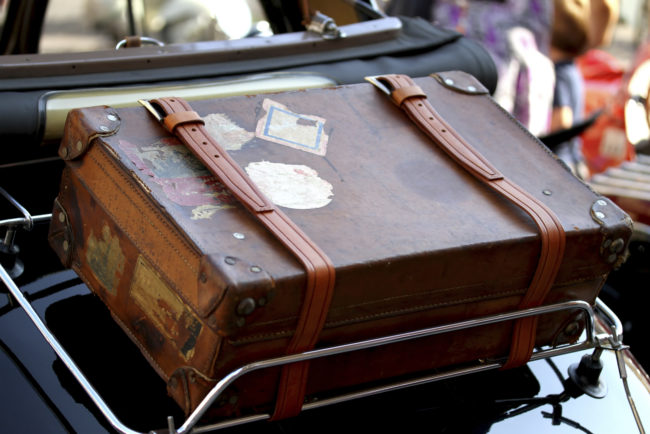 He was finally captured and hanged in the 1950s, but his body wasn’t laid to rest.After being preserved with paraffin wax, it was put on display in the Songkran Niyomsane Forensic Medicine Museum as a warning to potential killers. 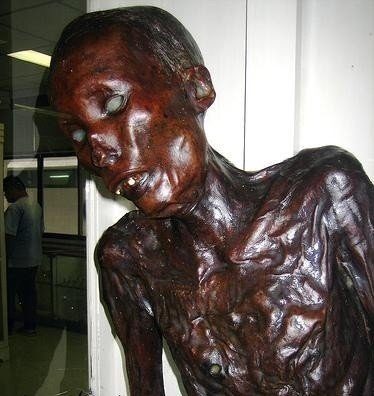 Si Quey has also become a scary legend among Thai children.Their parents warn them that if they misbehave, his ghost will come to get them. 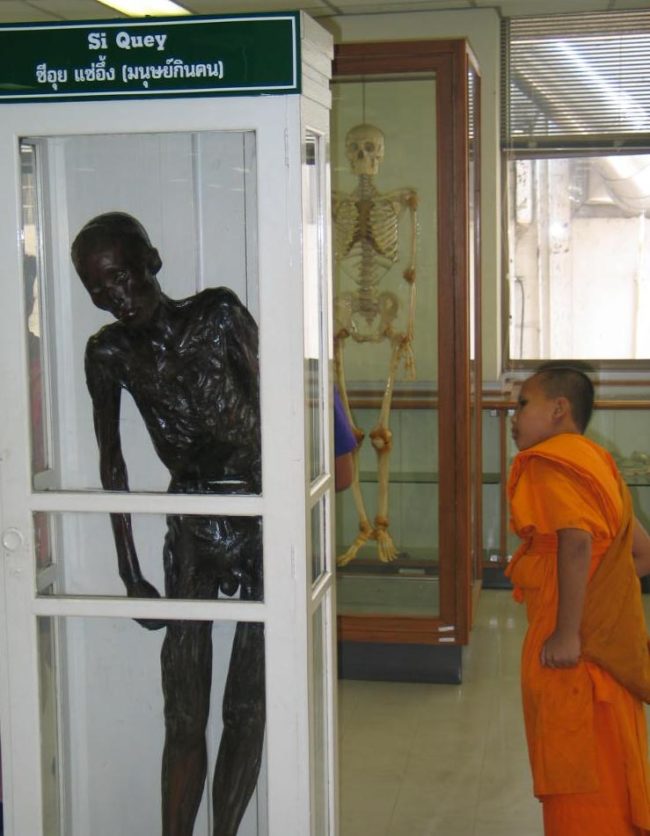 I couldn’t imagine having my shriveled corpse on display for anyone to see — it’s beyond gruesome.But then again, I would never do the horrible things that this man did.